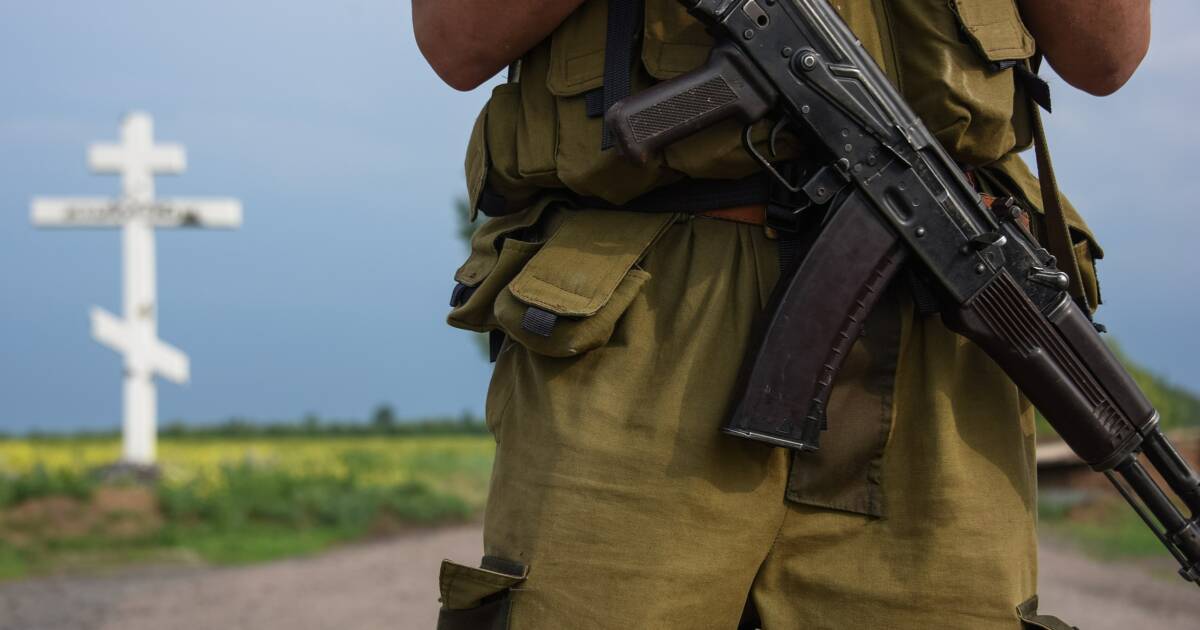 The Russians are as ready as they’ll ever be if they plan to invade Ukraine. According to U.S. sources, backed by satellite imagery, Russia’s claim of pulling back troops is false.

American media, citing all kinds of unspecified sources, had claimed that Putin was going to invade on February 16th, Wednesday. This led to a very strong, sarcastic, and angry reaction from Ukraine President Zelensky. Obviously, the invasion didn’t happen, which Matt Taibbi wrote about using the most unflattering terms for western media.

If cluelessness can be art, American journalists unveiled their Sistine Chapel this week, in a remarkable collection of misreports and hack stenography surrounding a predicted invasion of Ukraine.

All that said, it doesn’t mean Putin isn’t going to invade. Having followed this story for months, I still don’t believe Russia will conduct a full scale invasion of Ukraine. There’s no value in it for Putin, who likes doing business with NATO countries (selling gas for instance, using Nord Stream 2). I don’t see the invasion fracturing NATO beyond repair, because frankly, making instruments of war is good business, and nobody wants to be left out of that club.

Ukraine will be left out of the NATO club. That’s what Putin wants. He wants to keep Ukraine from getting into the NATO club, and they were on a path to do it. Keeping 140,000-odd troops in the field surrounding Ukraine is expensive and of declining value as troops lose their edge in the field when they sit too long doing exercises and drill (learn the lesson of U.S. Civil War General George B. McClellan: Google him).

The best way to keep Ukraine out of the NATO club is to keep a handy army sitting in Ukraine. The best way to do that is to carve a piece of Ukraine off that’s friendly to Russia, to avoid partisan guerrilla difficulties, and plunk down a bunch of troops there in garrison. In 2014, Putin tested the idea when he “annexed” Crimea.

Crimea is important because Sevastopol is the Russian navy’s primary port on the Black Sea. Sure, there are other places Russia owns on the Black Sea, but they tend to be tourist destinations, and we wouldn’t want to spoil Sochi’s charm by building a big naval base. Western allies cannot move large ships through the Bosphorus and the Istanbul Canal due to the Montreux Treaty, signed 85 years ago. Turkey, a NATO member, is building another canal not subject to the treaty, which currently prohibits aircraft carriers (for instance) from entering the Black Sea.

Russia doesn’t want the new canal, or aircraft carriers, for that matter, in its back yard. Keeping Ukraine from joining NATO is key to Russia’s security. Putin is willing to go to war for it.

Is Putin willing to sack Kyiv, and take tremendous casualties, for it? I don’t think so, as I’ve been writing for a while. But he is willing to take the Donbass region of Ukraine, which has been at war internally for several years. There’s plenty of pretext for Russia to go in, to protect pro-Russian militia forces operating there.

I believe that, at the time of Putin’s choosing, he will do that. I believe a large and unstoppable force will enter the Donbass region and take complete control. After that, they will institute a government and conduct a plebiscite for the region to declare independence, and therefore allegiance to Russia. The Russian parliament has approved a measure that recognizes Donbass as an independent region.

Recognition of the two entities, which call themselves the Donetsk and Luhansk people’s republics and comprise part of the region commonly known as the Donbas, could also spell the end of the Minsk peace process in eastern Ukraine, where a conflict between government forces and Moscow-backed separatists has killed more than 13,200 people since April 2014.

I originally believed that Putin wanted full implementation of the Minsk agreement. But now I think he wants to make it irrelevant. When Putin signs the law recognizing the Donetsk and Luhansk people’s republics, look for the Russians to pour in and dare NATO or Ukraine to stop them.

In such a concentrated and small area, with complete anti-aircraft umbrella coverage and lots of Russian territory deeply defended behind it, even American military might and air power will be challenged to dislodge the incursion. If we try, the Russians are prepared to institute a disinformation campaign, which will lure us into killing civilians and damaging infrastructure, giving President Biden a black eye and few good options.

The recent cyber attacks on Ukrainian banks and infrastructure are a definitive sign of Russia’s intent. These attacks are likely to stave off or soften any sanctions the U.S. has prepared against Russia when they go in. The Russians are going to take Donbass and set up a security zone there with perhaps a hundred thousand troops and maybe even an airfield. Whatever sanctions we throw at them will not stop Putin at this point, and he’s prepared for it.

The Germans and other NATO members won’t jeopardize their access to Russian gas over Donbass, which has been a war zone for eight years. The Russians will promise to bring peace to the region, and will promise to play nice with Ukraine, as long as NATO is not in its future.

President Zelensky knows this. He doesn’t want to panic his own people, and is clearly frustrated at western media and the White House for trying to up the stakes for Russia. It’s clear Biden has few good cards to play, but the one U.S. intelligence and national security pundits have chosen is to characterize this as a full scale invasion and create massive fear.

I don’t believe it will be a full scale invasion. I believe Biden said exactly what he meant to say in his original remarks at a press conference: “It’s one thing if it’s a minor incursion and then we end up having a fight about what to do and not do, et cetera.”

All along, we knew that Putin is planning a “minor incursion” under color of law, to bring peace to a troubled region, and to enforce what Russia is going to call self-determination for the Donetsk and Luhansk people’s republics. This is how it’s going to play out, and right around the time the Olympic flame is extinguished in Beijing, I believe it will happen.

The news cycle will freak out, and then it will be over. Vice President Kamala Harris will shake hands with the Russians, the Germans, and whatever representatives the Russians fly in to speak for the Donetsk and Luhansk newly independent territories, and Ukraine will just have to accept the outcome. What other choice do they have?

This battle was won by Russia long before now. It’s a classic Sun Tzu strategy, and nothing we do, short of declaring war on Russia, will stop it. Everything else is theater.