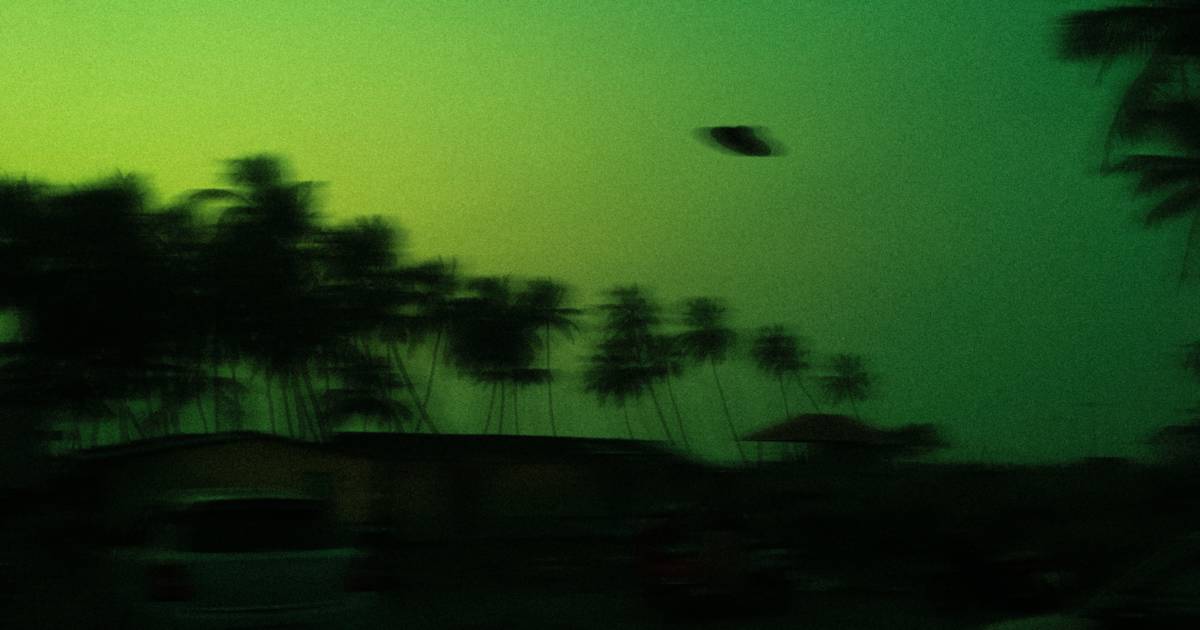 Random thought: Quentin Tarantino need to make a TV show about a bunch of people drinking Absinthe and smoking weed while watching VHS tapes of “The Outer Limits” in the back room of a Blockbuster, in 1995. Imagine the conversations.

The writers of the “X-Files” and “Indiana Jones and the Crystal Skull” played the whole Roswell thing to the point of boredom. Movies about aliens “are tight.” Let’s face it: Aliens are cool.

It’s cool to nerd out and talk about the Great Filter and Fermi’s Paradox. I mean, if there’s alien civilizations so advanced they have mastered faster-than-light travel, preserving life in the face of massive radiation, and all the rest, are we simply so far behind that we’re purposely ignored? Or, is the reason we haven’t found other intelligent life in the universe because…it doesn’t exist?

And if there is an alien race that has approached, visited, or landed on Earth, and if these visits are known to certain world governments, it would be the biggest coverup in the history of history. Smart people—doctors and stuff—spend their whole lives pursuing the threads of conspiracy, piecing together the shards to find the buried truth. You gotta have a hobby, right? Like writing letters to the editor of the local paper:

Liberals, moderates and conservatives can unite by joining the Disclosure Movement. The Center for the Study of Extra-Terrestrial Intelligence (CSETI) was founded in 1990, and the Disclosure Movement in 1993. The Movement was created to grant amnesty to government whistle-blowers willing to violate their security oaths to share insider knowledge about UFO’s.

An otherwise well-regarded Israeli scientist, Dr. Haim Eshed, (Professor of Aeronautics and Astronautics; Cofounder of the Israel Space Agency and Space Research Institute in the TECHNION-Israel Institute of Technology) recently claimed that aliens are real, and have signed a non-disclosure agreement with world governments. An NDA so perfect that even Donald Trump can’t find a loophole—that’s a technology we definitely could use.

The current chairman of the Israel Space Agency, obviously bound by the NDA, wouldn’t endorse Eshed’s claim, but admitted “I also think the probability is quite large. Still, in my interpretation, I don’t believe there were any physical encounters between us and aliens.” Not that he can talk about publicly, ahem.

So pandemic fever has ignited this revival in the study of UFOs, and folks with massively large followings like former President Barack Obama have hinted that he “knows” something, but not exactly what UFOs are. Not that he can say, at least.

“We can’t explain how they move, their trajectory,” he said. “They did not have an easily explainable pattern. And so I think that people still take seriously, trying to investigate and figure out what that is.”

Of course, the aliens have to be more careful these days, because everyone is equipped with a high-quality video camera. Or Elon Musk might be right, and there will always be fuzzy, unexplainable phenomena that haunts us and taunts us, but that kind of proof of aliens is more proof there aren’t any.

I mean, if the aliens can overcome faster-than-light travel, something our current physics models say is impossible, or bend space-time in Dune Navigator ways that would be magic to us, why couldn’t they mask themselves from our puny three-CCDs and a few lenses that we all carry in our pockets. It would be child’s play to bend, scatter, diffuse, or refract light.

We’re left with this intriguing mystery. Real people see things with their real eyes. Real people tell fantastic stories about being kidnapped by aliens. Hollywood reinvents the genre, either as touching young-boy-meets-alien, world has first contact with peaceful aliens but scares us to death, planet-eating aliens attack and we repel them with MacGyver contraptions and magic computer viruses, aliens make Earth a personal safari vacation destination, or we travel to space and they eat us whole. (Did I miss any?)

My personal favorite explanation—and I’m being serious here—is the Biblical one. The known universe, that we’re allowed to see by the laws of physics and our position in space-time, has massive holes in it. Dark matter, weird energy we can’t fit into our math, and strange quantum effects like “spooky action at a distance” (quantum entanglement) vex us but push our imaginations and drive to experiment in new directions. It’s the best part of humanity, and it is the thread in the needle that unites us in the curious quest for knowledge.

God put that there. He gave us a need to know Him, but not to blindly trust Him. He gave us the tools—our minds, our imagination (math is pure imagination), our ability to accumulate and pass on great stores of information—and the ability to explore the universe. Ancient scientists did this in order to glorify God. The scientific method was not invented to deny God’s existence or superintendence, but to affirm and praise His creation.

And because there’s a God outside the limits of our mortal and material existence, what we call “supernatural,” there are also other beings that God created who exist there. The Bible tells us that Satan fell “like lightning” from heaven and Jesus saw it happen. The core of Christian belief is that God created everything (Genesis 1:1), that Jesus came to Earth as God’s son, fully man and fully God, and that Jesus is the one and only path to the Father (John 14:6), who exists as a trinity, beyond our minds ability to understand.

There are angels, and there are demons in the supernatural realm. UFOs are real, in that people see them. Demons are real, in that people do horrifying things that the Bible has made clear happen during demonic possession. When God does something miraculous for His children, Satan and the demons in rebellion do something to falsify it or make people question: did God really say/do that?

I believe UFOs are demonic manifestations. I believe they mess with the minds and eyes of people, to get them to doubt the reality of God’s creation, and the reality of God’s purpose for us. I don’t believe we’re “alone in the universe.” Quite the contrary, we have millions of angels surrounding us, and a third of the angels from heaven rebelled, and they vex us with tantalizing fantasies, dark conspiracies, and tempting pleasures.

I know that some people would rather believe in Vulcans than demons. That’s fine, because we all are entitled to our minds, our imaginations, and our opinions.

Not to get all eschatological here…but if the rapture is going to happen one day (and I believe it will), how else is Satan going to explain the sudden departure of a billion or more souls from the Earth? I don’t think it will happen like “Left Behind” movies portray, not because I know better, but because if we can come up with a story, God’s is so much better. I think Satan is doing everything he can to promote the alien stories simply to give the world something to blame when the rapture happens.

If you believe the Bible, then that makes sense. If not, then it’s just as good an explanation as fuzzy video, global NDAs, and government conspiracies can offer.