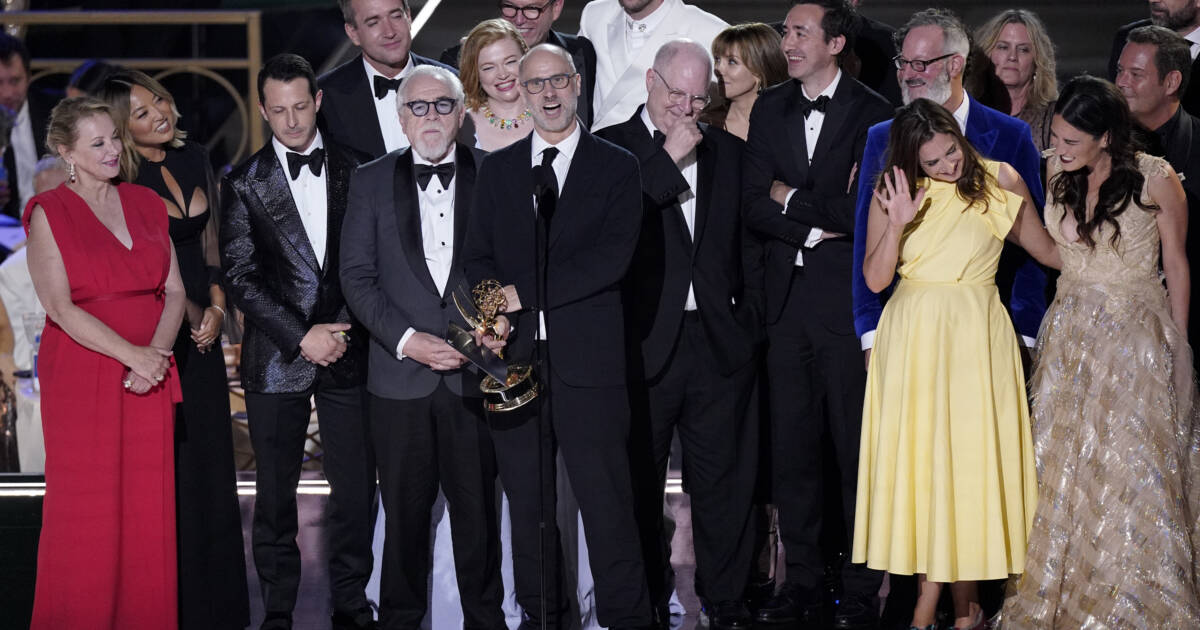 No one is watching award shows anymore.

According to a report from The New York Post, Emmy viewership hit an all-time low on Monday night —down 25% from last year’s broadcast. Only 5.9 million people tuned in to watch Hollywood pat itself on the back; in 2000, 21.8 million viewers watched the awards.

Since the advent of streaming apps, the diversity of television offered today has posed a challenge for the Emmy producers, now unable to find a more cohesive audience. The last time it cracked double-digit millions was in 2018, drawing 10.2 million fans.

HBO’s “The White Lotus” cast and crew won all five of the categories for which they were nominated, but the network’s other standout, “Succession,” and “Ted Lasso” on Apple TV+, each won the night’s top categories for Outstanding Drama and Comedy series, respectively.

Thompson kicked off the show alongside backup dancers, grooving to remixes of popular TV show theme songs, including those of “Friends,” “Law & Order” and “Game of Thrones.”