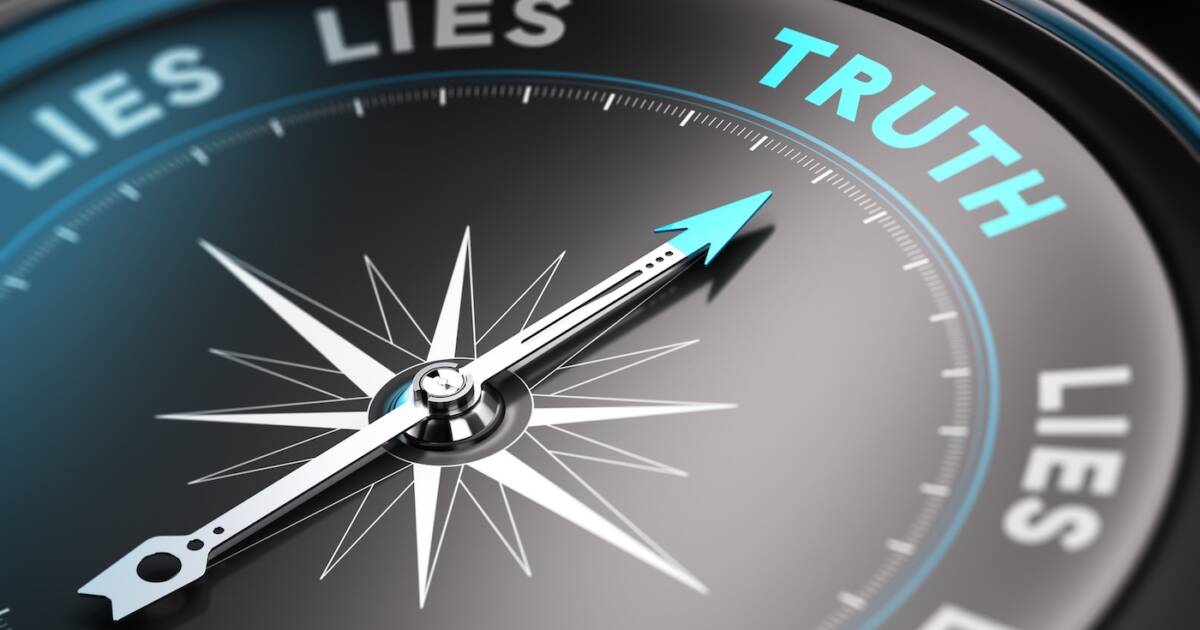 Elon Musk tweeted something mostly true and mildly interesting the other day. It’s true in the sense that on Twitter, since 2008 the left has run full-speed from traditional Democrat tax-and-spend into full utopian green hedonism. It’s not true in the sense that in the real world, conservative reactionaries haven’t done the same thing in the other direction, embracing a blood-and-soil nationalist cult. But that’s not what I want you to look at.

Note how in the image above, the “center” has moved left. We tend to think of the center as the reasonable course, or in society vs. politics, the Overton Window. For example, in 2008, when Barack Obama was running for president, he was against gay marriage, because that particular policy was considered unpopular with the voting public. But while in office, Obama flipped when he sensed public opinion was more permissive—though by no means widely in favor of it.

Obama, along with a large chunk of media, entertainment, and cultural elites stretched the Overton Window just enough to create an acceptable climate for the social implications of what turned out to be judicial fiat. Don’t get me wrong, the merits of the cases themselves didn’t change, and the outcome would likely have been the same regardless of the timing. However, the cases themselves would not have been brought had the Overton Window not given room to raise them. Obergefell v. Hodges was a product of the social times as much as the result of the case changed the law of the land.

The center had moved.

You get the idea here. On everything from semi-socialized healthcare, to immigration policy, to treatment of those accused of aiding terrorists, the center has moved left. In elections, the Democrats have run toward (a)historical revisionism with the 1619 Project, toward radical ending of fossil fuels without providing a reasonable timeframe or technical path to cutting carbon emissions, toward gigantic social safety nets without any semblance of fiscal responsibility.

Reactionaries on the right have snapped back, knocking down every guardrail of conservatism, to try and pry the center from moving any further left. This is largely been to no avail, except to force the powers-that-be elites on the left to being using a censor’s hand against them. All of this has presumed that many Americans are too simplistically-minded and gullible to believe in actual truths.

Note in Musk’s pictograph, he has not moved. That’s because from his point of reference (himself), his views have not changed. But now, instead of being considered a left-of-center who values free speech, liberty, and basic fairness (a classical liberal position), he is considered a right-of-center bigot who wants to enable neo-Nazis in building a dangerous base to execute a coup against “democracy itself.” In politics, everything is a crisis, so most of this is just more window dressing and grandstanding. But from an Overton Window perspective, it’s definitely got merit as an argument for cooler heads to prevail against reactionaries on both sides.

But again, that’s not really the point I want you to see, because for many conservatives, the fixed point of truth is not found in the Overton Window, or in one’s personal perspective of political ideals. It is found in faith. Specifically, found in Biblical faith, and in the case of Christianity, in the person of Jesus Christ. This fixed point is not subject to change, or reactionary expansion. It is not subject to a type of thought called “dialectic.” Taking the bait of dialectic thinking is one of the biggest problems Christians have today.

In the 19th century, a man named Georg Wilhelm Friedrich Hegel became very popular in humanist circles. In Hegel’s world, there is no absolute truth, and anyone proposing such a thing is considered a lunatic. Among other things, Hegel proposed that truth is arrived through a bipolar process of a thesis, countered by an antithesis, which combine to form a synthesis, which is then accepted as truth (for that time). It’s called the “Hegelian dialectic” and its very existence denies the power of faith, and the tenets of Christ’s claims.

Dialectic thinking removes the possibility of absolute truth, and therefore eliminates the existence of a universal law—which extends to a universal law-giver. No amount of human observation or evidence can prove the existence of something, unless it’s first thought about and a synthesis arrived at.  In short: there goes God out the window.

The horrible consequences of this philosophy in history are self-evident. Karl Marx and Frederick Engels used it as the underpinning of their theory of communism. The Third Reich relied on Hegel in its particular brand of statism.

“…the State ‘has the supreme right against the individual, whose supreme duty is to be a member of the State… for the right of the world spirit is above all special privileges.'” Author/historian William Shirer, quoting Georg Hegel in his The Rise and Fall of the Third Reich (1959, page 144)

Without an objective, absolute source of truth, truth must be contrived as a social construct, elevating society above any individual. In other words, if you are outside the “Zeitgeist” (the spirit of the age), you are, by definition, wrong. The term “Zeitgeist” itself arrives through Hegel’s dialectic philosophy, and informs every liberal idea of progressive thought today. It also, unfortunately, informs every right-wing reactionary thought that arises specifically to counter the Zeitgeist. Everything becomes a battle to move the center.

Believing Christians will always, I’ll say it again: always, be outside the truth in a Hegelian dialectic. The Overton Window itself is a derivative of dialectic thinking. Therefore, no absolute truth can survive the journey. Christians cannot be reactionaries, though Christianity is always reactionary in the sense that it is counter-cultural from the left and the right.

Thinking dialectically about Christianity is an enormous problem and has set the church back on its heels with young people. Gay marriage, transsexualism, man-made climate change, population control, one-world government—all these things spring from Zeitgeist and Hegel. The popular progressive phrase “third way” is a soft term for “synthesis” where we all agree on truth, and everyone outside that version of truth is cast away.

Judaism and Christianity rely on the authority of the Bible and God as the primary source of truth. God doesn’t change, and therefore truth is absolute in Biblical terms. This has always been the primary thesis in the western dialectic. Logic dictates that two mutually exclusive truth claims cannot both be true, so the antithesis of God must be everything outside the Bible—in fact, any claim inconsistent with God.

And the antithetical claims have moved further and further from God’s single point of truth, in every social, economic, ontological (the nature of being), and political sense. Every time the moral rubber band is stretched, it moves the synthesis further and further away from Biblical truth.  Remember: to the modern philosopher, synthesis is the only truth. This is what they teach kids in school.

Christians think the argument “everybody else believes you’re wrong” is irrelevant, but our kids are taught that it means “you’re lying.” If you can’t be part of the synthesis, you’re outside the truth, and therefore are a liar, to be dismissed and cast out. We teach our kids that compromise is the essence of politics, but they are being fed, from the earliest age, another thread that synthesis is the essence of truth.

Our kids are taught in school that absolute truth is not even wrong. It’s the absence of reason. It’s crazy talk. To the Hegelian dialectic-believer, indeed it is crazy.

Christians should not be happy because Elon Musk is feeling left out of the left’s liberty party, and that he is giving them a lesson in controlling the center. The movement of the center is a temporal position, like politics, or policies on immigration, defense, terrorism, Russia, or the economy. Truly, Christianity can flourish (and does!) in communist societies, capitalist nations, technologically advanced countries, and third-world hovels. The reason for this is its source is an absolute truth which transcends personal perspective. Its source is heavenly, and outside this world, so it is unaffected by the trials, persecutions, and power of this world.

Instead, Christians should focus on the absolute truth, and the value of holding a position that the world—on both sides of the center—think crazy. Two thousand years of the world trying to stamp out Christianity while it grows in the most unlikely places is better proof that the center is not such a safe place to be than the argument that Christians need to preserve the center.

Let the center fall, because it will move with the tides and the wind. As Paul wrote in Ephesians 4, once we are mature in Christ,

14 Then we will no longer be infants, tossed back and forth by the waves, and blown here and there by every wind of teaching and by the cunning and craftiness of people in their deceitful scheming. 15 Instead, speaking the truth in love, we will grow to become in every respect the mature body of him who is the head, that is, Christ.16 From him the whole body, joined and held together by every supporting ligament, grows and builds itself up in love, as each part does its work.

As James wrote in James 1, don’t value being in the center, value wisdom.

5 If any of you lacks wisdom, you should ask God, who gives generously to all without finding fault, and it will be given to you. 6 But when you ask, you must believe and not doubt, because the one who doubts is like a wave of the sea, blown and tossed by the wind. 7 That person should not expect to receive anything from the Lord. 8 Such a person is double-minded and unstable in all they do.

Those who seek the center and take the bait of the Hegelian dialectic are double-minded, believing both the world and the power of Christ. Such a person should expect nothing from God. The world will give nothing but its own truth, which is not the truth found in faith. Faith is the answer to all things.

If Christians want to rise up in faith, we must therefore let the center fall.