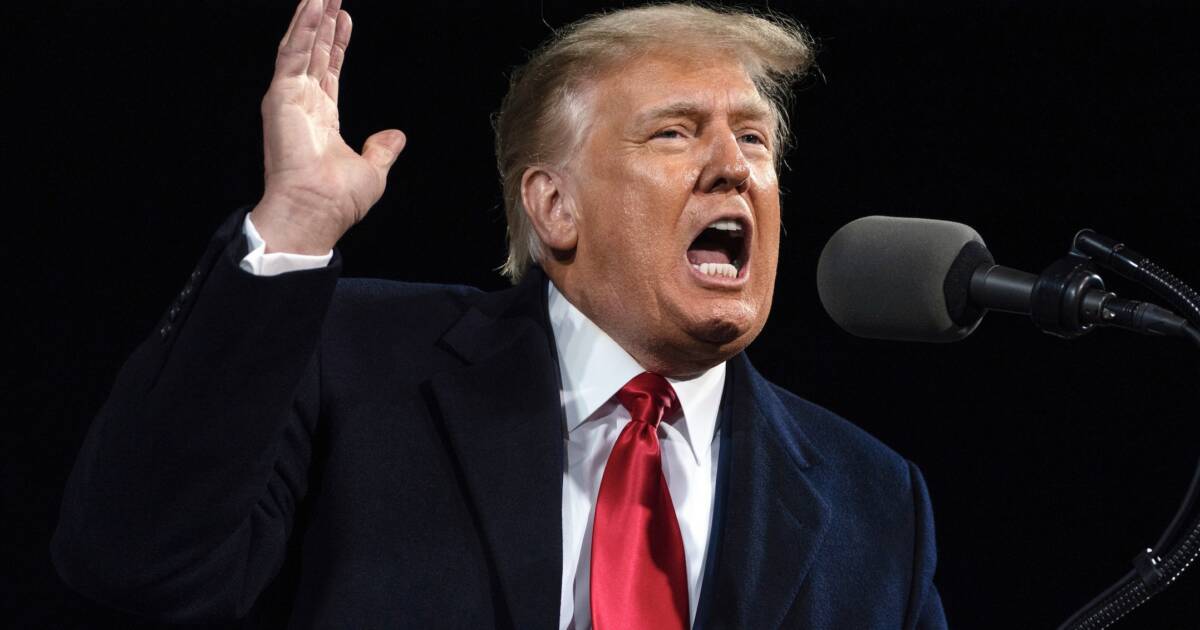 Former President Donald Trump is urging Senate Minority Leader Mitch McConnell to use the debt ceiling as leverage in order to obstruct the Biden administration’s $1.80 trillion-dollar Build Back Better bill. Trump says Mitch must be prepared.

“Old Crow Mitch McConnell, who is getting beaten on every front by the Radical Left Democrats since giving them a two-month delay which allowed them to ‘get their act together,’ must be fully prepared to use the DEBT CEILING in order to totally kill the Democrat’s new Social Spending (Wasting!) Bill, which will change our Country forever,” Trump said.

The former President also commented on the recent infrastructure bill.

“Mitch and the Republican Senators had them beaten, but didn’t know it, and we ended up with the Unfrastructure Bill, which is only 11% infrastructure. Worse, he allowed a splitting of the Bills (with 19 votes, including himself), which makes the Dems path for the even worse Bill a much easier one,” Trump said.

“Use the Debt Ceiling, Mitch, show strength and courage. Our Country is being destroyed,” he added.

Former President Donlad Trump isn’t happy with Senate Minority Leader Mitch McConnell. In a recent statement released through his Save American PAC, Trump blasted McConnell on everything from the debt ceiling to infrastructure bill. “Mitch McConnell, the Broken Old Crow, has just conceded, for absolutely nothing and for no reason, the powerful Debt Ceiling negotiating …