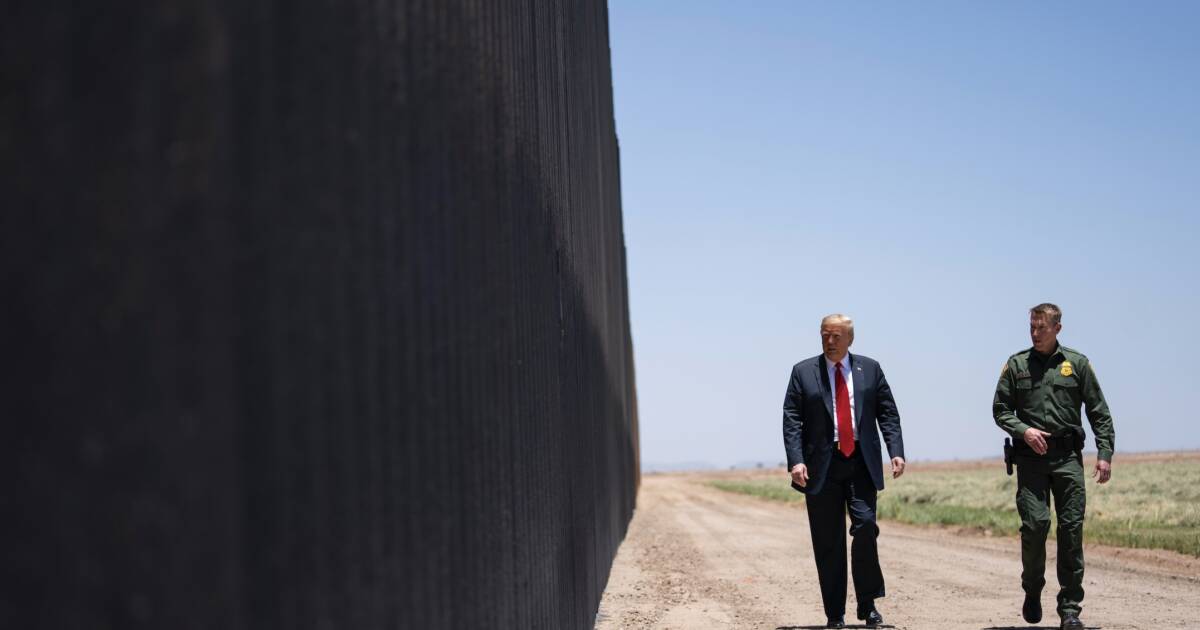 Former President Donald Trump spoke with Clay Travis and Buck Sexton about, amongst other things, the developing crisis between Russia and Ukraine.

“How worried are you that the Biden administration might get dragged into the actual military conflict in Ukraine if it escalates? Sexton asks Trump.

“Well, I’d rather see them send soldiers to our southern border,” Trump answered.

“In three weeks, you could finish it. They won’t even let Texas use our military, which is all bought, sitting there waiting to be put up. It could have been erected in less than three weeks. It could have taken two and a half years to get started ’cause we had to win 11 lawsuits. I’d rather see our southern border protected.”

But I don’t like the idea he’s sending a small number of troops,” Trump added.

“It’s a joke compared to what the other side does. You know, [Biden] sends 3,000 troops…What’s that gonna do except get in trouble? No, I would like to see our southern border protected and they are handling Ukraine so badly.”