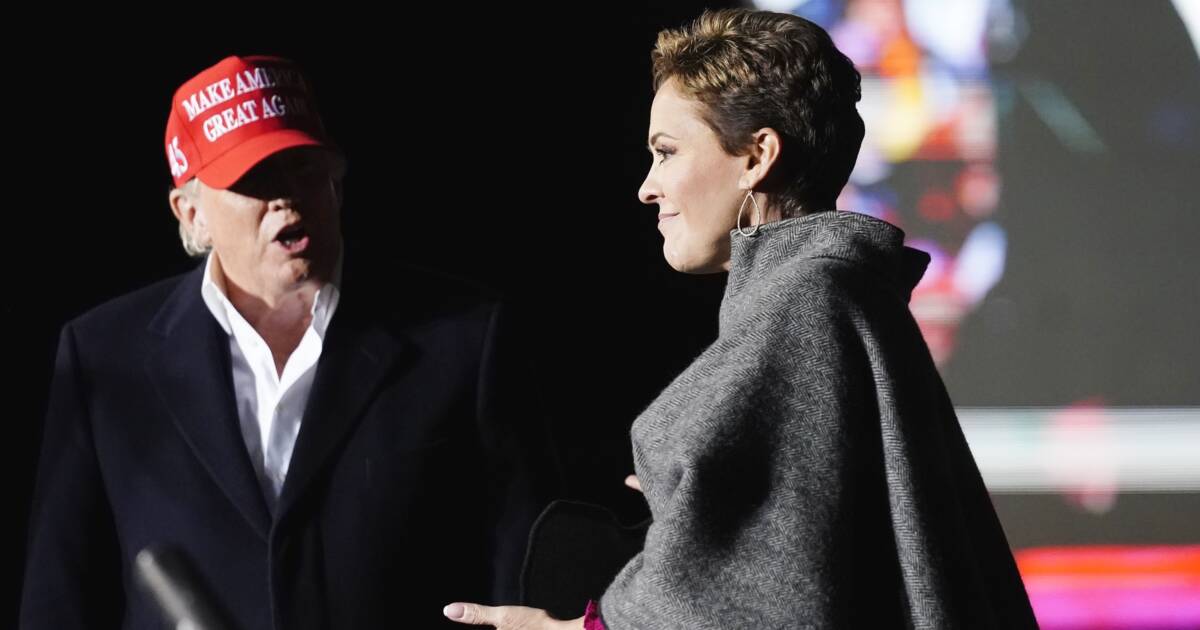 According to a report form The Washington Examiner, Arizona GOP gubernatorial hopeful Kari Lake insists she’s dedicated to serving eight years as governor, despite growing speculation that she may be selected for former President Donald Trump’s presidential ticket should he run again.

The Republican gubernatorial nominee is locked in a tight race against Democratic opponent Katie Hobbs, the current secretary of state in Arizona.

Meanwhile, Lake stopped by Fox News to clarify that a Trump-Lake ticket may be a play by the mainstream media:

LAKE: ‘Consultants Tell Me to Back Away from Trump —I Say Put Down Hunter’s Crack Pipe’

LAKE: ‘Consultants Tell Me to Back Away from Trump —I Say Put Down Hunter’s Crack Pipe’

GOP gubernatorial candidate in Arizona Kari Lake joined forces with former President Donald Trump and other prominent “America First” Republican voices for a rally over the weekend; Lake says she has “consultants” telling her to back away from Trump —but she has a message for them. “I gotta tell you, I have some of these …