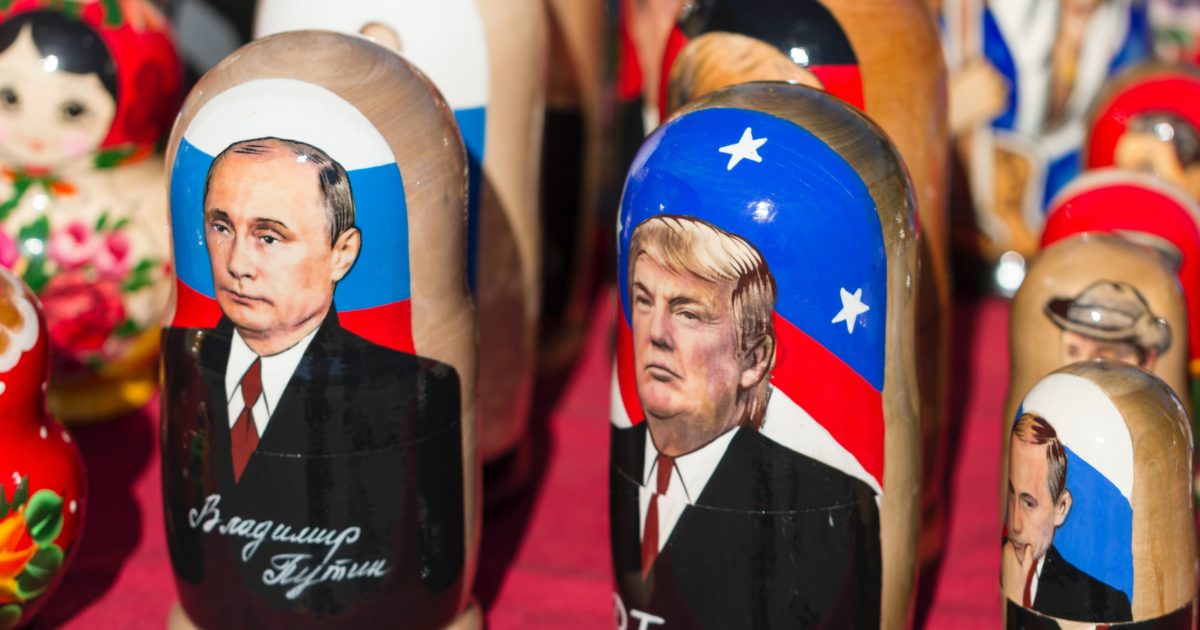 President Trump is casting about for an angle to win this election, and the door is rapidly closing on him. Certainly, the president’s fans are enthusiastic and motivated, but his enemies are equally motivated, and tons more violent.

Trump is fighting an apparition, a ghost, a will-o-the-wisp leading him down the garden path. All Joe Biden has to do to not lose is stay alive and stay invisible, which is literally the lowest bar possible. To win, Trump has to define Joe Biden’s win in the starkest possible terms, and without Biden’s presence, it’s just not dobable.

Don’t get me wrong, this election is no longer at the stage where anyone (or at least any measurable quantity) is persuadable. It’s purely a turnout operation. While Trump’s core fans will turn out to vote, the president is experiencing increasing trouble reaching the senior generation and motivating them. Getting the virus could have been some kind of reassurance, but his mishandling of his own health situation, and his advanced treatment seem to remind the elderly of their own less posh circumstances.

They may not bother putting on their galoshes and trudging to the polls in person, masked and ready to cast a Trump ballot. Or they may simply defect to the septuagenarian ghost, potted plant Biden, who at least appears to offer a respite from Trump’s frenetic news-cycle-as-infomercial pace.

Here’s where I’m going. Last night’s vice presidential debate (which Jim Antle correctly observed should have been held in Miami) highlighted the old fashioned civil approach to politics, where two combatants come out and dissociate, spin, pander, and attract flies, without nary a hair moved out of place, never mind lit on fire. It was a boring snorefest and made me miss Trump, because at last he’d add some voice inflection, emotion, or color to a pasty, colorless, and monotone presentation of “The Joy of Paint Drying.”

Yet during the civil discussion, BLM protestors were throwing bricks through suburban windows in Wisconsin. A Jewish journalist was chased by a mob through the streets of New York. Gov. Andrew Cuomo’s new coronavirus shutdown orders were violently protested by the ultra-Orthodox Jewish community.

We’re headed into an election that will be marked by massive contention. Results in many states will be contested, and activist federal judges who have monkeyed with long-held election rules and laws designed to remove uncertainty from races will have a mess on their hands. And Trump getting COVID and passing it to a bunch of senators has now put off getting a new SCOTUS justice until after the election.

Many polls now show that Americans don’t think the election will be conducted fairly or without big problems (here, here, here, here and here). We likely won’t see a useful result on election night, or at 2 a.m. the next day (when Trump’s win was reluctantly called by the AP). We may be stuck at 2 a.m. for weeks, as state by state results are litigated and re-litigated and endlessly recounted.

Meanwhile, the violence will multiply, and those who feel their vote was suppressed, or not counted, or stolen, or manipulated, will take to the media, or to the streets.

President Trump’s authority to do anything, as a lame-duck with no clear path either forward or in transition, will be questioned and, I’m afraid, ignored.

In this situation, the Russians (and by the Russians I mean Putin) can do whatever they want, short of dropping a nuclear weapon in Central Park. Take Ukraine? Why not? Overrun Estonia (a NATO member)? Sure. The U.S. Army has packed up and packed out of Germany, so who’s going to stop them?

Even better for Russia (and China), Americans will be running around with our hair on fire, attacking each other on social media, with no defining trusted authority of truth to guide us. The social media companies will be on their own, with the government devolved into nothing but a cable news talk show guest parade. We will be totally inwardly focused and unable to make any decisions.

Whoever wins the election, many Americans will not accept the result. And if Trump loses, there will be no useful transition, only a season of rage. If he wins, there will be a long period where Democrats fight the results, in total denial and shock (like in 2016). But the polls?!?

But it’s Trump losing that will give the Russians the biggest win. In his lame-duck period, they will be able to do practically anything they want. If he loses in a close race it will be even more of a win for them. And as Biden takes office (I would expect that to be a peaceful affair, by the way), the violence and burning in certain cities will continue unabated, because many Democrat mayors forgot that they’ll need the police they defunded after the election.

If the president had some kind of crystal ball to show this (he’s tried to articulate it, but failed), he might just win. But the unfair and uneven playing field has been set. Biden will continue to be a ghost and Trump is still casting about looking for his shadow to box.

Meanwhile, Putin is laughing. He may already have won.