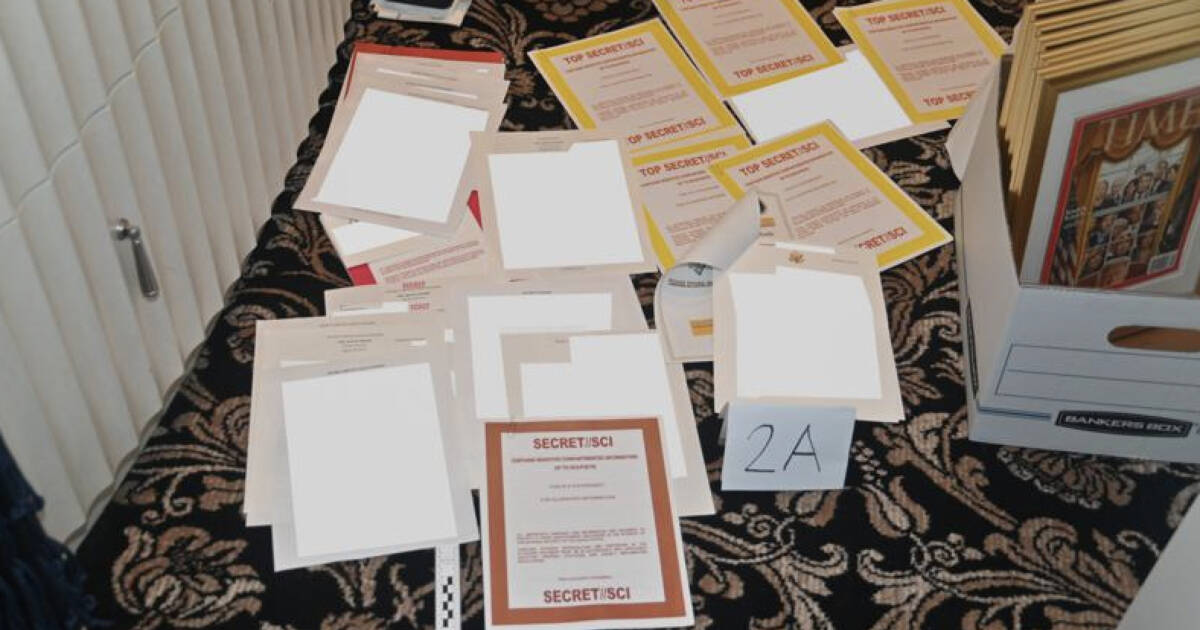 The DOJ may be making a case for obstruction.

According to a report from AP News, a recent DOJ filing reveals that it believes it’s likely that certain documents were “likely concealed and removed” from former President Donald Trump’s Mar-a-Lago estate as part of an effort to obstruct the federal investigation.

The filing offers yet another indication of the sheer volume of classified records retrieved from Mar-a-Lago. It shows how investigators conducting a criminal probe have focused not just on why the records were improperly stored there, but also on the question of whether the Trump team intentionally misled them about the continued, and unlawful, presence of the top secret documents.

The timeline laid out by the Justice Department made clear that the extraordinary search of Mar-a-Lago came only after other efforts to retrieve the records had failed, and that it resulted from law enforcement suspicion that additional documents remained inside the property despite assurances by Trump representatives that a “diligent search” had accounted for all of the material.

More over at AP News:

According to a report from Fox News, Judge Bruce Reinhart on Monday admitted the FBI’s raid on former President Trump’s Mar-a-Lago home was “unprecedented – and has formally rejected the DOJ’s request to keep the raid affidavit sealed. From Fox News: Reinhart, in a filing Monday morning, said he rejects “the Government’s argument that the …