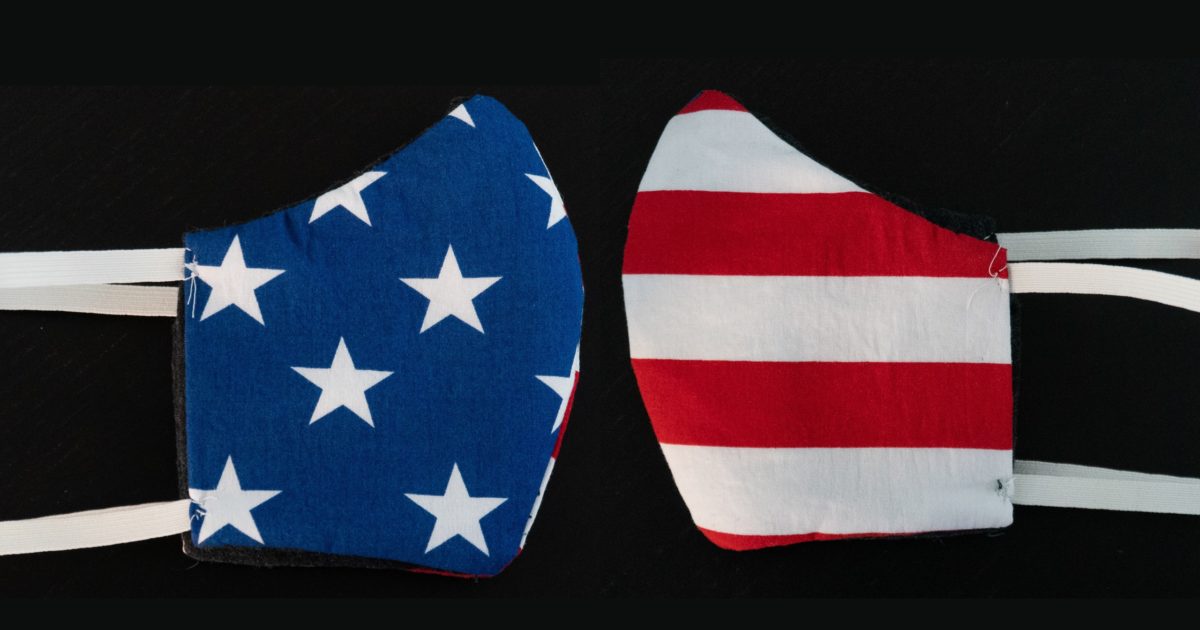 When President Trump dramatically ripped the mask from his face after his return from Walter Reed Medical Center to the White House, stood defiantly on the balcony above the portico while Marine One’s blades whirled to takeoff speed, then snapped possibly the worst salute in military history, I must admit, I laughed.

The scene seemed through my eyes like a private watching Gen. Douglas MacArthur make his famed return to the Philippine island of Leyte, where his set jaw and scowl were the result of his irritation at the beach master’s failure to show him proper respect. Then, realizing the P.R. value of a good photo shoot, Mac re-staged the same scene for his more famous filmed walk onto the beach at Luzon, three months later!

Somewhere in my mind, I was reminded of Carol Burnett striding down the grand staircase at Tara, her shoulders beneath a curtain rod draped with a green portiere. The grace, the elegance, the farce, was so evident.

His heaving chest was seen by some online as a sign of dyspnea, gulping air in a fruitless battle against the deadly virus. I see a goldfish carelessly plucked from its tiny bulbous aquarium, flopping on the counter, its lips pursed and mouth gaping for a breath it can never take.

“Probably had to put on oxygen the minute he got inside. That is why he took off the mask,” a Twitter rando with the handle @trump_rid tweeted. CNN breathlessly tweeted a “strongly medicated President Trump bolted from his VIP hospital bubble,” calling the mask removal “irresponsible.”

Others see it as Trump may have intended: his triumphant return. The email server at Trump Pence campaign HQ churns out endless streams of subject lines “HE’S BACK” on missive after missive, offering an 800% match for your donation today!

It’s no wonder that many liberals think the entire event of Trump’s contracting COVID-19, then returning to the White House after just three days in the hospital, while undergoing some fairly experimental therapies, and receiving supplemental oxygen, is some kind of elaborate hoax.

I don’t think it’s a hoax, but it is elaborate, in the way the movie “Cats” was elaborately, lavishly, expensively planned and executed down to the last furry human anatomically correct body with a cat face. We’re supposed to believe that the virus cannot overcome a 74-year-old man who believed in testing to the point that masks were optional. We’re supposed to suspend reality and buy the narrative.

On the other hand: we’re also supposed to believe that anything short of locking ourselves in our homes and welding the doors shut is simply reckless abandon that will cost the lives of millions.

If you can see through both sides in their elaborate stage craft and fantastic pageantry, you can understand why I laughed.

The truth is much simpler.

Despite greater than average precautions, I tested positive for COVID-19 today. I don’t know how I picked it up. My schedule hasn’t changed really for months. I mask up at stores, restaurants (the rare times we’ve gone, and apart from actually eating, of course), and other public places. I limit my trips to grocery stores and other public retail to one place a day.

I work in an “essential” category job, and had not missed a single day’s work since March with the exception of a planned vacation in June. We are not open to the public and we’re locked down. I don’t wear a mask in my office, but I am fortunate to have a large office to myself that remains locked when I’m not in it.

I wash my hands and use hand sanitizer all day long. We have arm/elbow hooks to open bathroom doors at work. At home, the kids didn’t start going to face-to-face school until last week, and that was just one day a week. We only had a few visitors and they were kids from the neighborhood who we know and are in our “circle.”

I haven’t altered my schedule or attended a big event (like a White House Rose Garden ceremony). I go to work and come home every day, by myself, in the same car. But somehow, I caught the crud. Thankfully, it appears to be a “mild case,” which merely means I feel miserable, have body aches, a little fever, and that’s about it. I do not have the experience of that goldfish out of water (and pray I never do).

If I, who goes practically nowhere and rarely leaves the neighborhood without a mask, can get it, then would the 100% tested folks who attended White House events be more or less susceptible? The New York Times has been tracking the White House outbreak, and it’s clear it’s bad, much worse than the administration is pretending. The fact that they aren’t even attempting contact tracing is troublesome, but I think their thinking is, everyone’s eventually going to get this, and well, we’ll still continue testing.

Therefore, it’s not wrong for Joe Biden to stay masked up, and clammed up in his media-lidded home. I wish him the best of health, and if he never leaves his basement, he should be just fine. Should be. Would that all of us could hole up without having to work, or deal with kids, or shop, or get the car fixed, and none of us would ever have to worry.

But the nature of life is risk. The real world is not the pretend universes inhabited by Douglas Donald MacTrump or Howard Hughes Biden.

In the real world, people have to work. They can’t work when they have to care for kids at home. Or they go to work and leave the kids “adrift and alone in dark rooms” struggling to glean any knowledge in an online schooling environment rife for unequal and prejudiced results.

In the real world, people lose their jobs because companies shut down. In the real world, we need more government aid, quickly, and not as a political football. But neither universe–the Democrats or the Trumps–touches the other, so we won’t have another COVID-19 relief bill. Nancy Pelosi will just have to get her hair blown out at home.

The only thing that remains silent and solid, linking two dramatic, farcical, and fantastic universes is the coronavirus, which has no cure, and seeks only to find its next victims.

Those victims come in more boxes, sizes, and varieties than what a mere N95 mask can stop. The medical treatments are only the tip of the iceberg. The patients who never go to the hospital because of fear of the virus who die at home from preventable conditions are victims. The patients who have their “elective” surgery put off and die of the underlying condition while waiting, are victims. Ironically, transplant patients who can’t find a match because less people are driving, meaning less road accidents and less organ donors, are perverse victims, though the lives saved by less road accidents may be an acceptable trade-off.

President Trump’s most recent useful tweet putting this into perspective was actually blocked by Twitter (but allowed as “in the public’s interest” because of who tweeted it), as “spreading misleading and potentially harmful information related to COVID-19.”

We should not fear COVID-19, the disease, nearly as much as those in the liberal universe want us to fear it. Neither should we treat it as some casual cold or a ruse by Bill Gates to implant us with the Mark of the Beast.

Rather, we should fear that two universes connected only by the reality of a virus that has the potential to kill, no vaccine, and even with the best countermeasures, can infect pretty much anyone (even me!), are so far apart that they cannot even agree to help those who are suffering, who are in need, and who will perish without some kind of action.

Both these universes are running a play in which they are the happy ending, and the other side is the tragedy.

But they’re both living a sad, sad comedy. And sitting at home, seeing the curtain raise on the third act, I just have to laugh.