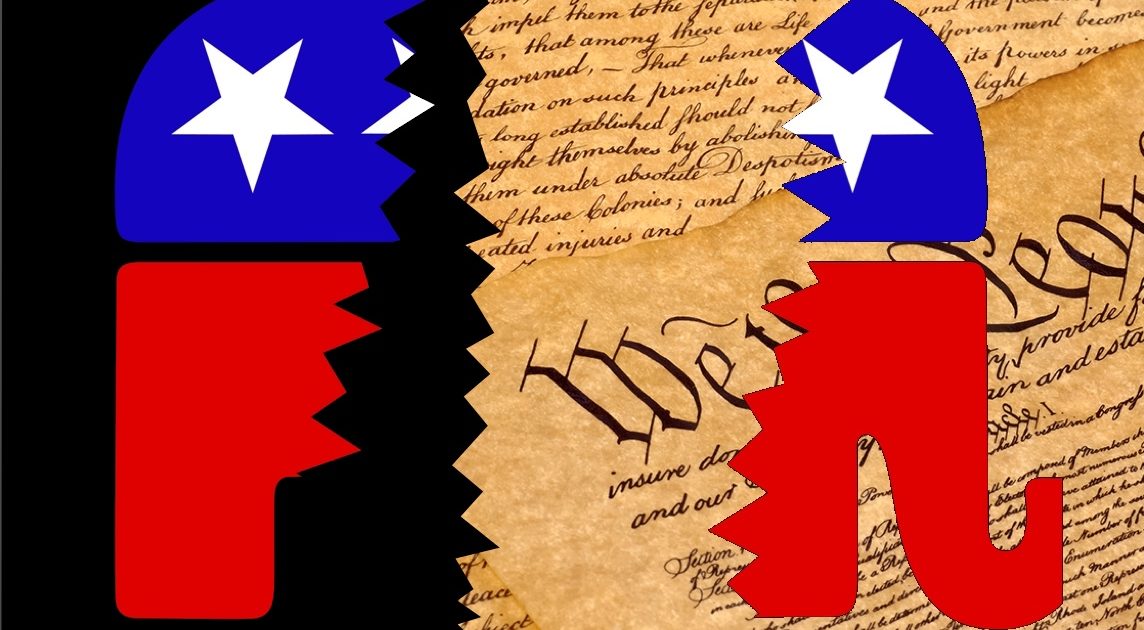 In June 2024, Donald Trump will be 78 years old, or zero years older than Joe Biden is now. The word is that he wants to run again. The fact that Trump floated this during a White House Christmas party puts a couple of things to bed. First, in order to run again in 2024, the president is tacitly conceding that he indeed lost in 2020, even though he refuses to say it out loud.

Second, this is classic Trump. There’s no higher high for Donald Trump than campaigning for president. He enjoys it so much that he never stopped–even for a day–campaigning even though he attained the office itself. Analogous to many womanizers, it’s the chase that’s the thrill. Once caught, the experience begins to pale compared to the hunt.

This leads me to my headline as a question: Are Republicans crazy? Or merely doomed? Paul Steinhauser at Fox News addressed the problems for the GOP should Trump begin his run on January 20th, 2021.

“2024 candidates don’t want to talk about Donald Trump. They want to talk about themselves. But so long as he is making noises about running again, the race will be all about him. And these candidates will be less inclined to do the early state travel because it will all be in the shadow of whether or not Trump runs again,” [political strategist Alex] Conant highlighted.

Jonah Goldberg compared the GOP’s conundrum to “belling the cat,” a game-theory dilemma involving mice, a cat, a bell, and which mouse will hang the bell from the cat’s neck (and likely die doing it, saving all of mousedom).

Even if Mike Pence, Ted Cruz, Nikki Haley, Tom Cotton, Josh Hawley and the rest actually believe the fawning things they say about Trump, none believe them so strongly that they would like to see him maintain his hold on the party and block their paths. But none of them want bell duty because Trump’s ability to slaughter mice is far greater than it was in 2016. They helped build a better mousetrap and now have no idea how to dismantle it.

In 2016, Trump was the “black swan” who merely had to distinguish himself from the rest of the field (boy howdy did he). In doing so, he cemented his relationship with those who are emotionally and culturally invested in him and his brand of winning. Some would call that a cult of personality, or just hero worship plain and simple. Either way, Trump wields his troops like a nail-studded club, swinging it at anyone who stands up or in the way of his desires.

Elections, results, evidence, those things, in Trump World, are for losers. Even when the results of “those things” end up with Trump losing. He simply refuses to lose. He’s always refused to lose. Like The Joker in “The Dark Knight,” he just presses the detonator over and over and keeps walking. The problem is that the detonator isn’t a movie prop blowing up a real building–it’s the GOP.

For Trump to run as a Republican in 2024, the GOP would have to be crazy to allow it to happen. But who can stop it? There’s literally nobody who can take Trump’s detonator from his hand. Even Democrats who wish to put Trump behind bars will only make him stronger by giving him a victim story to sell. And it’s unlikely they’ll succeed. In fact, the best thing Joe Biden can do as president is to pardon Donald Trump, his family, and his administration associates from all federal prosecution, and encourage state prosecutors to do the same.

If Trump has nothing threatening him, he can’t claim he’s being persecuted. That would also help the GOP to decide what it wants to be when it grows up. Does the GOP want to be nothing more than a vehicle for Donald Trump to run again in four years, essentially a four year campaign when Republicans can’t even get the energy together to keep the Senate in a pair of Georgia runoffs? Or does it want to be a party with some other purpose than Making Trump Great Again?

If we think we’re tired of political drama now, just wait until Trump is out of the White House, flush with cash, in full control of his hotel and resort empire, and able to say or claim anything he wants without the burden of being president. It’s the ultimate hunt to get the prize back. No Republican even thinking of running in 2024 will be able to stand in his path without injury.

And what’s the likely outcome of a four year scorched earth Trump 2024 campaign (to Make America Great Like It Was When I was President)? The GOP will be beat down in 2022 because only Trump-like candidates will get Number 45’s imprimatur. That means more Matt Gaetz and Marjorie Green, and less Mike Lee and Steve Daines. It means Lindsey Graham will get even Trumpier, and Ted Cruz will finish his metamorphosis into a Civil War Confederate general.

By the time 2022’s election is over, we won’t recognize the GOP, because it will be absorbed into the Trump Organization, like it was in the last four years. Republicans will be doomed to repeat 2016 all over again.

Many readers may think that’s a good thing. But many pro-Trump readers are in a news bubble similar to bicoastal elite journalists. They don’t realize that from outside their bubble, Trump’s refusal to concede, his toothless lawsuits, and his political/social media muscle have all the same markings as a budding despot trying to gather the populist following for a dictatorial takeover. (“Call off the election,” really?)

Somewhere in my brain, I see a rolling scene of Donald Trump and George Soros stealing away to a posh restroom at a Trump hotel, where Soros tells Trump, “Pay up, Donald, I won the bet. You said you could turn America into a dictatorship with the people’s consent in just four years, and you didn’t.” Then Soros hands Trump a crisp $1 bill.

“If only Bill Gates and Soros hadn’t bribed the Chinese into engineering and releasing that coronavirus, I’d have won!” Trump replied.

Honestly, I don’t think that’s Trump’s angle. I think he simply likes to win, and doesn’t care how he does it. Consequences are for losers. Republicans have to be crazy to go along with that plan, or they just may be doomed to it anyway.

In 2016, it might have been better if we were all Never Trump and avoided this whole thing (except the part with Hillary as president, which would, frankly, suck). But now, Trump’s eternal campaign is too big to fail, or at least too big to fail without pulling down the entire GOP with it.

Trump is going to run, and whatever stops him will be destroyed in the process, if he can be stopped at all.