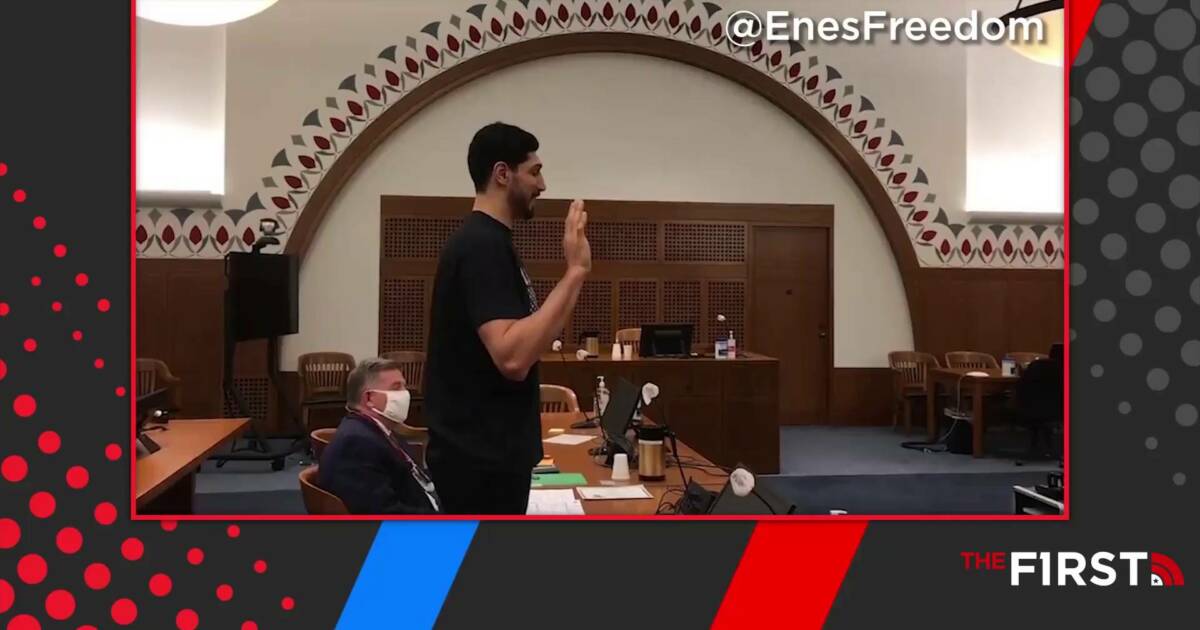 Basketball star and freedom fighter Enes Kanter Freedom penned an op-ed in The Atlantic this week discussing the reasons why he became an American citizen.

“When Turkey’s leader came after me and my family, the United States welcomed me with open arms,” writes the athlete.

Read an excerpt below:

When I first arrived in the United States, I had to adjust to a new language, new norms, and new traditions. But I was perhaps most stunned by a simple comment a teammate made. He criticized President Barack Obama, which I feared could have landed him in prison. He smiled and said: “This isn’t Turkey, brother. You have the freedom to say whatever you want.”

Americans might find the thought absurd, but the threat of prison is all too real for those living under authoritarian rule around the world. Since Recep Tayyip Erdoğan became president of Turkey in 2014, after more than a decade as prime minister, at least 12,881 people have been convicted of the crime of insulting the president. Thousands have been sent to prison, including children, for offenses as trivial as posting something on social media that might hurt the feelings of an emotionally fragile dictator.

I’m overwhelmed with emotion just writing these words: I, Enes Kanter Freedom, am proud to be a citizen of the United States of America, the land of the free, and home of the brave.