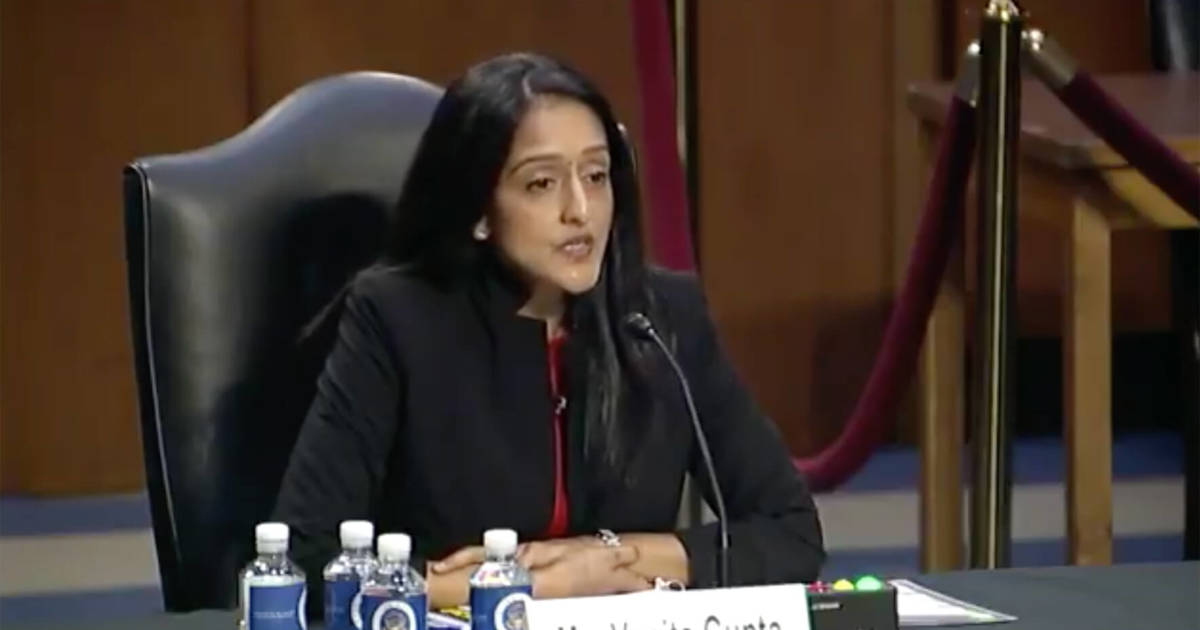 Sen. Tom Cotton (R-Ark.) left President Joe Biden’s associate attorney general nominee speechless during her contentious confirmation hearing when he confronted her with her own comments on “racial bias.”

Cotton referred back to a conversation that Gupta had with Sen. John Cornyn (R-Texas) in which she claimed that all Americans harbor “racial bias.”

“I ask you, against which races do you harbor racial bias?” Cotton asked.

Visibly thrown off by the question, Gupta struggled to form a cohesive answer, bringing up Judge Merrick Garland and repeating her insistence that we all harbor racial bias.

Watch the full exchange below:

Still not done, Cotton then confronted Gupta about whether the Biden White House has been infected with the “institutional racism” she referenced.

In response, Gupta brought up America’s history of “slavery, and the long period of Jim Crow, and the ongoing scourge of racial discrimination” to claim institutional racism remains a problem. She did not directly say whether the Biden administration suffered from it, however.