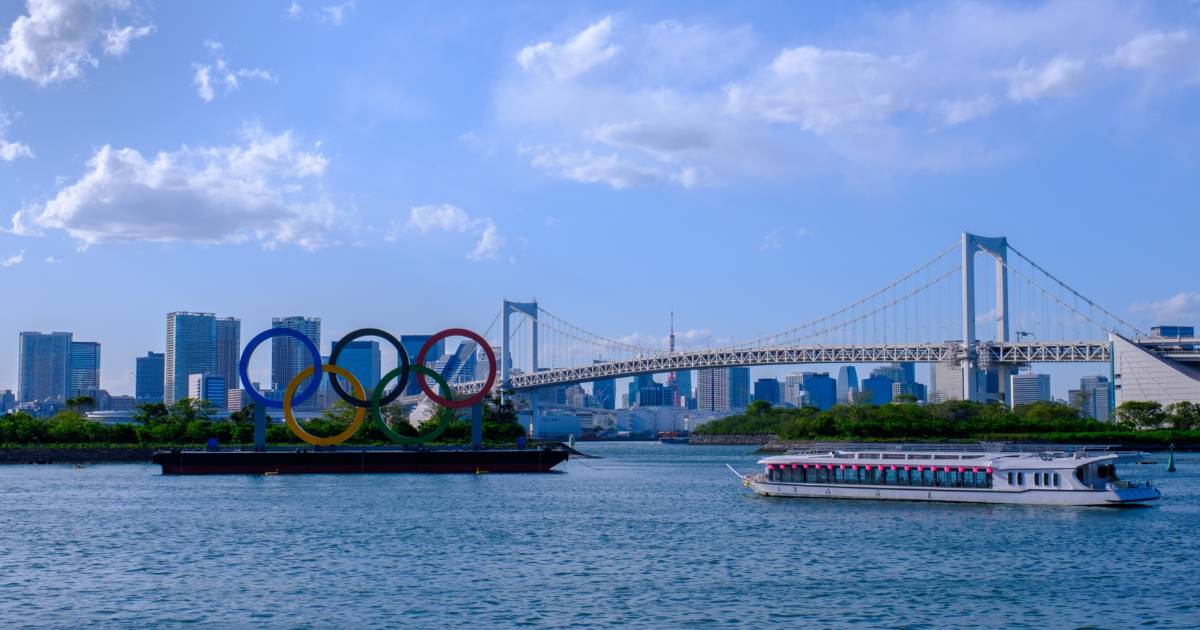 The Tokyo Olympics are scheduled to begin Friday with the signature opening ceremony. The ceremony will proceed without its director, Kentaro Kobayashi, who was fired Thursday for joking about the Holocaust.

Except the joke was part of a comedy act, and he told it in 1998. This joke is old enough to be served and to drink itself if it was single malt Scotch. The specific phrase Kobayashi was accused of using is “Let’s play Holocaust.”

M’kay. I’m a Jew by heritage and upbringing, and proud of it. I know the difference between dark humor, funny, cringeworthy, crude, and just plain cruel. I don’t know how Kobayashi meant his joke to be taken, but I’m willing to give him the benefit of the doubt that it probably wasn’t addressed to the Skokie branch of the “Free Speech for White People” parade.

Really? A joke, however distasteful, which is itself in question and personal, as all matters of taste are (have you watched any Mel Brooks movies?), made 23 years ago is the reason to fire a guy who is already embarrassed because he would be directing an opening ceremony—a dress rehearsal really—before no live crowd, with no energy other than the crew, performers, and cameramen who’ve all seen it before? Madness.

Yet, Kobayashi was fired for it, and the Games must go on! I’d say this is a non-story, a one-time aberration where someone disliked Kobayashi for whatever reason and got him spiked 24 hours before his big show. I mean the opening ceremony, though elaborate and beautiful, is hardly what people talk about a decade later for most Olympics. (Of course, there are exceptions, like the 1984 Los Angeles games, which featured the timeless compositions of John Williams, that we now get to hear every two years.)

Kobayashi is not the only casualty of these games, for things that happened decades ago. The AP reported that Keigo Oyamada, the composer for the Tokyo games opening ceremony, was let go earlier this week because he was accused, as a child, of bullying a schoolmate with disabilities.

“I apologize from the bottom of my heart, of course to the classmate himself whom I have hurt, and all my fans, friends and other people involved,” Oyamada, also known as Cornelius, said in a July 16 statement on his site.

Organizing committee president Yoshiro Mori resigned because he made some remark about women talking too much, and was accused of being sexist. Hiroshi Sasaki, the creative director for the opening and closing ceremonies, also quit because he suggested a Japanese actress should dress as a pig; he called her “Olympig.” (I laughed out loud when I read that.)

I would be fired if I were working on the Tokyo games. My sense of humor is much too well-developed for such a humorless and prudish crowd. Oh wait, there won’t be any crowds.

Tokyo’s citizens are heading away as athletes have arrived, bringing whatever coronavirus variants with them from all corners of the very sick globe. In a May poll, over 80% of Japanese opposed having the games at all. Japan’s Prime Minister Yoshihide Suga’s popularity, like American Olympian Brandon Loschiavo, took a deep dive off a 10 meter platform, with only the tiniest splash.

The Financial Times called it a “surreal spectacle.”

A prime example of this dawning horror has been Suga’s apology-strewn management of the sale of alcohol in bars and restaurants — which suggests that, in its current wrench between the conflicting duties of host and protector, his government cannot organise “a brewery in a piss-up”.

Japan is in an official State of Emergency over a new wave of COVID-19 variants, and the public is justifiably worried that the once-delayed games, even held without spectators, will only make things worse. Somehow, the games organizers believe they can create a “bubble” of such proportions as to keep athletes from every nation safe while they compete against each other, touching, sweating, swimming, and yes, probably having sex.

Speaking of that, Olympic organizers ordered 160,000 condoms for the Olympic Village, and then hilariously turned around and told the athletes to abstain from any kind of intimate physical activity outside their events. Think about that for a moment and let it sink it, because my absurdity meter busted on that one. From NPR:

Organizers say athletes should take the condoms home as souvenirs and use them to raise awareness about HIV/AIDS. But under no uncertain terms are participants to use them or engage in any one-on-one philandering while they are in Japan for the Games, organizers said.

Tyler Downs just turned 18 a few days ago (happy birthday Tyler!). He’s the youngest diver on the U.S. Olympic diving team. Can you imagine him coming home to his momma in Ballwin, Missouri, and his six older siblings, and handing out a handful of “souvenir” condoms? “Hey mom, have a few of these to remember me by!”

Most of the shenanigans these young athletes pull while they are at the Olympics, aside from their very serious pursuit of sport, which is the whole point, would probably get them fired were they one of the organizers of their own games. The Tokyo Olympic Games have succumbed not only to the pandemic—they should have been postponed another year or more—but also to rampant political correctness and prudishness that looks back all the way to an accused’s birth.

Tokyo’s games have gone full Holocaust, not because of references to the genocidal tragedy perpetrated against Jews, gypsies, homosexuals and others the Nazis deemed undesirable, but because the games themselves are self-immolating in spectacular fashion.

Perhaps, without crowds, fanfare, alcohol, hugs, or sex, we will get to see what’s really important: the sports. But I have a feeling the games have already gone over the cliffs of insanity, and at this point, little can be done to save them. I do hope I’m wrong.