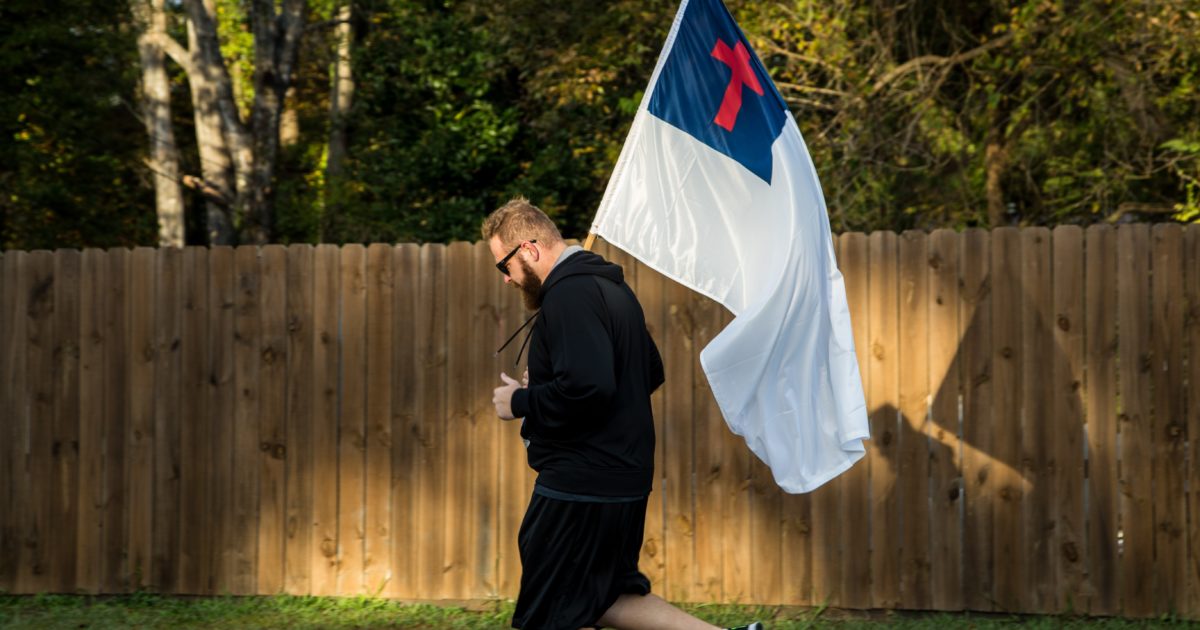 This week I heard from an old friend in a roundabout way. One of my wife’s Facebook friends called to tell my wife about someone she saw in a Facebook group that had launched into a rant about being banned from a local youth sports complex. This amateur Facebook detective noticed that she had a mutual friend with the woman in question: Me.

The woman turned out to be a friend of former coworker and the story, as I received it, was that she had refused to wear a mask at a basketball game where her young sons were playing. She allegedly caused a scene and told the officials that she was within her rights not to wear a mask. The officials then instructed her to exercise her rights somewhere else and not to come back.

The woman’s husband was a good friend when we worked together. We had a lot in common and enjoyed flying trips together. We were both Christian, conservative, and liked to explore the outdoors on layovers.

On the other hand, we had some differences as well. He and his wife were anti-vaxxers, for example, and when Donald Trump became a candidate in 2016, he quickly boarded the Trump train. As most of you know, I never did.

2020, and it seems 2021, have not been kind to Christians. Not only have we had to deal with the fringes of our religion that have fought public health measures such as wearing masks and reducing crowd sizes in a pandemic, but, after last week, we have evidence of a militant faction of Christian nationalists that are ready to engage in political violence.

David French and others have mentioned seeing Christian flags flying among the Trump and Gadsden flags in the attack on the Capitol. I’ve personally seen video of one of the rioters inside the Capitol holding what appears to be a Bible straight up a la Donald Trump at the BLM riots.

I have to wonder what makes good Christian people like my friend’s wife and the rioters do things that I believe are antithetical to loving your neighbor as our savior demands. It is not hyperbole to say that I think this sort of behavior is unchristian.

All of you must obey those who rule over you. There are no authorities except the ones God has chosen. Those who now rule have been chosen by God. So whoever opposes the authorities opposes leaders whom God has appointed. Those who do that will be judged. If you do what is right, you won’t need to be afraid of your rulers. But watch out if you do what is wrong!

But why are so many Christians refusing to do so?

Or do you not know that your body is a temple of the Holy Spirit within you, whom you have from God? You are not your own, for you were bought with a price. So glorify God in your body.

The Bible tells us that our body is a temple. Many of us try to eat healthy and exercise but pay far less attention to the garbage that we shovel into our brains.

When I was growing up in the Southern Baptist church, we talked a lot about discernment. That word doesn’t come up nearly as much in today’s church, but it essentially means that we shouldn’t take everything at face value. That’s a huge problem today with the evangelical right.

Let no one deceive you with empty words, for because of these things the wrath of God comes upon the sons of disobedience.

For the time will come when they will not tolerate sound doctrine; but wanting to have their ears tickled, they will accumulate for themselves teachers in accordance with their own desires

In other words, don’t be deceived. Don’t just listen to people who tell you what you want to hear, but seek out the truth, even when that truth is unpleasant and bursts the bubble of deeply-held beliefs.

The Trump era has been a case study in tickling ears. We knew that Donald Trump was truth-challenged, in the politically-correct vernacular, when Republicans nominated him, elected him, and then nominated him again. Nevertheless, much of the country — Christians included — has allowed their ear to be tickled over and over. Too many of us have not been discerning.

The lies that got people killed are too numerous to mention. Among the greatest hits are the claims that COVID-19 is no worse than the flu, that masks don’t work, that hydroxychloroquine is a magic treatment, that the pandemic was a hoax designed to impose tyranny, and that it was all a plot to destroy Thanksgiving and Christmas. Those claims have all been debunked. If you still believe them, you believe a lie.

Then the election came and things got worse. Donald Trump laid the groundwork for the lie that the election was stolen with claims months before Election Day that undermined faith in the electoral process and absentee voting. Since the election, Trump and his surrogates have emitted a steady stream of baseless disinformation that does not stand up in court.

Whether it meets the legal test for incitement or not, there can be absolutely no doubt that Trump’s endless claims of a stolen election over a two-month period provoked last week’s attack on the Capitol. Sadly, the evidence shows that many Christians were in the middle of this assault on the Constitution and federal authority.

The root of the problem is that we have created a system in which we can live in a bubble that gives us an alternate reality. If you only take in news from Fox News, OANN, Breitbart, and the like then you probably were not aware that President Trump’s legal team not only had a zero and fifty-something record in their legal challenges but that they didn’t even make their fraud claims in court. Those spurious allegations were reserved for right-wing media.

If this is you, you have not been discerning. You have not treated your mind like the holy place in God’s temple. As a result, you have allowed yourself to be deceived. If you don’t think this is possible, refer to Matthew 24:24.

Being deceived won’t cost you your salvation, but it can cost you in other ways. The Capitol Hill rioters may have truly believed that their country was being stolen from them, but that is not stopping them from being arrested and prosecuted and sent to prison.

God is a forgiving and understanding God. Federal prosecutors? Not so much.

Likewise, sincerely believing that the pandemic is a hoax and that you don’t need a mask won’t prevent you from getting sick with COVID-19. Or worse, infecting someone you love and having to live with the knowledge that you caused their death.

As Christians and conservatives, we owe it to ourselves, our families, our country, and our faith to be discerning about the media that we take in. We need to stop falling for fake news so that we do not find ourselves being used as pawns in a coup attempt and that we do not make the Gospel a laughingstock through our actions.

And while I’m on the subject, when we screw up, we need to take our medicine like adults. The social media purges going on are not an attempt to suppress conservative thought. They are a response to the fact that many so-called “conservatives” used social media to conspire against the federal government and plot a violent insurrection. These people deserve to be banned.

People are not being persecuted because they post Christian or conservative things. They are being banned because they used social media platforms to engage in a conspiracy to overthrow the duly-elected government of the United States.

If you obey the rules on social media, you will almost certainly be fine. If you feel the need to plot violence or make threats on social media, then there is no site where you are safe. And if you are going to act like a heathen on the internet, please do not claim to be a Christian.

Christians of all political persuasions should be denouncing political violence and the lies that lead up to it. Yet, far too many have learned nothing from last week’s tragic events. All over conservative media I see people rationalizing (“they had it coming”), minimizing (“it wasn’t really an insurrection, it was mostly peaceful”), using moral relativism (“what about the BLM riots?”), passing the buck (“the media and Democrats are to blame”), and even praising the attack.

Too many Christians have lost their moral compass and substituted political strategy for Biblical truth.

God was in control during the Trump years. God is still in control in the Biden years. But the harsh truth is that maybe God’s plan for America wasn’t what you thought it was.

What we can be sure of is that God wants us to love both our neighbors and our enemies. That means working to help the sick and keep others from getting sick. It also means we should not be bashing police officers in the head with a fire extinguisher.