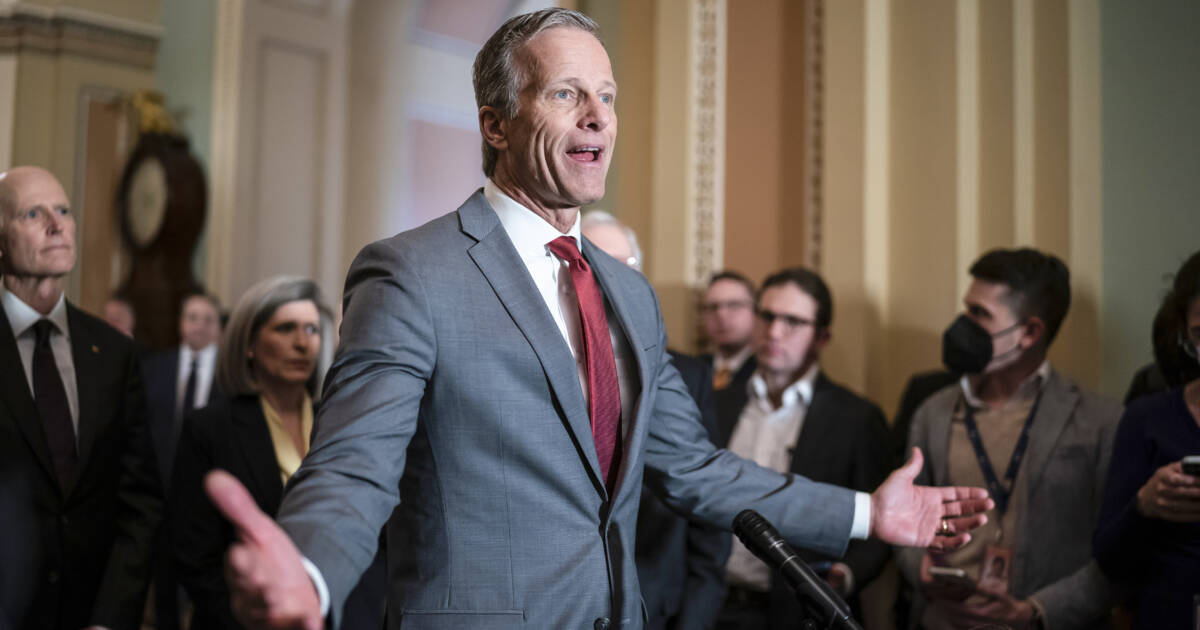 Republican Senator John Thune (SD) has introduced a bill that will prevent the Biden Administration from canceling student loan debt. Thune says it’s time for borrowers to pay up —taxpayers shouldn’t be responsible.

“As Americans continue to return to the workforce more than two years since the pandemic began, it is time for borrowers to resume repayment of student debt obligation,” Thune said in a statement. “Taxpayers and working families should not be responsible for continuing to bear the costs associated with this suspension of repayment.”

“I’ve been working relentlessly on the president and his staff, and they seem more open to it now than ever before,” Schumer says. “There’s nothing done yet, but I am really hopeful that the goal that we have had, $50,000 of student loans canceled, is getting more and more likely.”

Thune spoke about his bill to stop Schumer and Co. on Twitter: