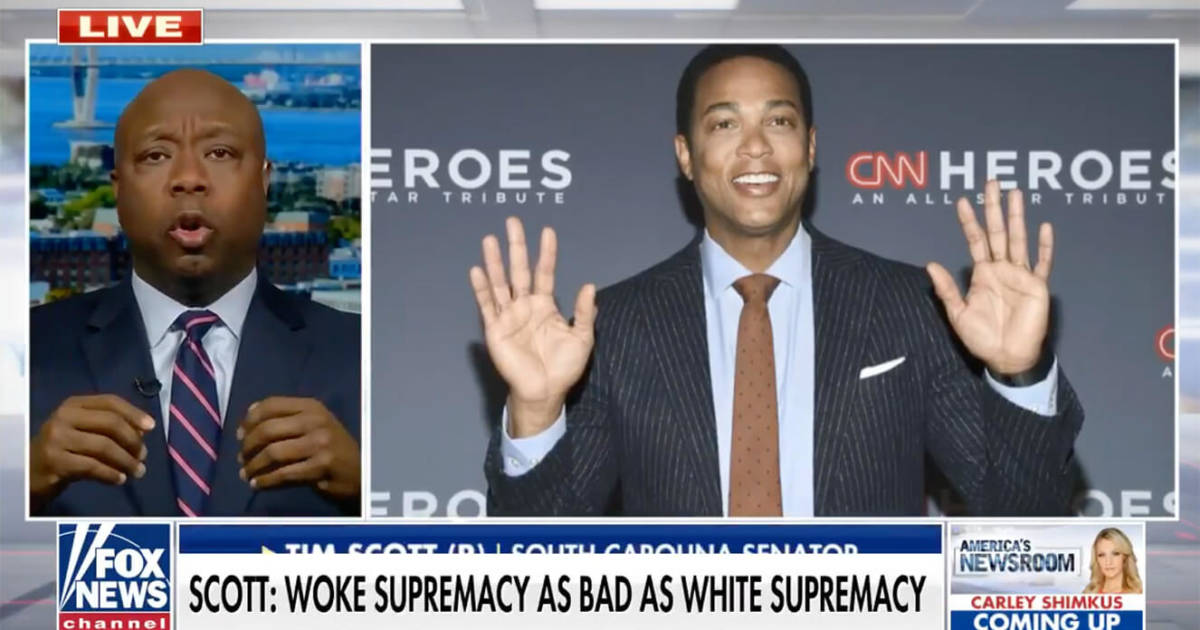 Scott, as cool as the other side of the pillow, responded.

“White supremacy and woke supremacy have their roots in racism and discrimination. It is bad,” he said, before adding, “If we don’t deal with it today, we are going to have something on our hands we can’t deal with.”

“It was the woke supremacists, by the way, who said that me and Herschel Walker were the coon squad,” Scott said. “If you watch the folks who are yelling the loudest right now, it includes people who are at their wit’s end because there are African-Americans willing to speak their minds from a conservative perspective.”

He wasn’t done there:

“Why that requires people to threaten my life, to have a security detail because I decide to stand up for my values, my convictions based on my faith, I don’t understand that. Don Lemon can say whatever Don Lemon wants to say. Until he has taken a serious look at what’s happening on his side of the aisle and come out strong against that, we’re going to continue to have a conversation in America that keeps us divided and not building a bridge so that we can live in this nation together.”