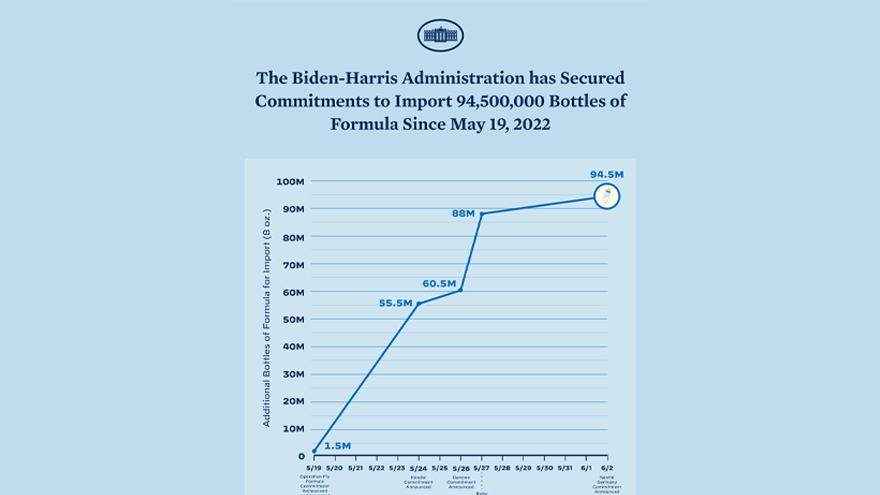 The White House released a bizarre graph Thursday proudly bragging about the fact the administration has imported 94,500,000 bottles of baby formula compared to 0 in April.

“This is not the accomplishment they think it is…,” posted another user on Twitter.