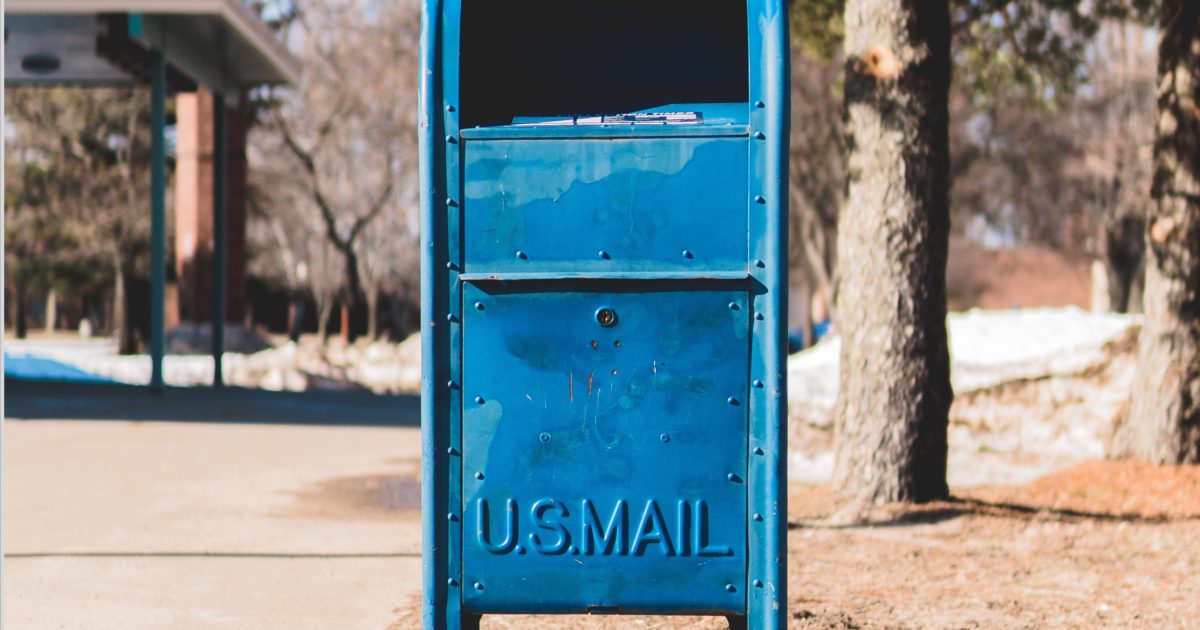 Eight Supreme Court Justices were divided 4-4; Chief Justice John Roberts sided with three liberals on the Court, in a decision that failed to overturn Pennsylvania’s Supreme Court ruling, extending the deadline for receiving ballots by mail until November 6.

With no published opinion by Supreme Court Justices, we can only guess that Roberts decided to once again rebuke President Trump and the GOP, which challenged the state ruling.

Democrats, who are choosing mail-in voting by 3:1 ratio over Republican voters, wanted the extension, in the face of accusations that Trump is somehow slowing the mail. This all started when the USPS general counsel sent a perfunctory letter warning states that their mail-in ballot timelines may violate Postal Service delivery guidelines. Of course, none of these guidelines (known collectively as the DMM, or Domestic Mail Manual) were set by the president, and plans to reallocate some mail sorting equipment, and remove underutilized mail collection boxes were originally drafted under the previous Postmaster General Megan Brennan.

Brennan was an Obama appointee, who delayed her retirement several times and served until June 15, 2020, when the current PMG Louis DeJoy took over. The sitting president gets to name the members of the Board of Postal Governors, who then choose a PMG.

The theory that somehow Trump ordered the mail slowed down is about as laughable as QAnon stories of cannibalism, chemtrails, or Bill Gates injecting electronic trackers as part of a coronavirus vaccine, in order to secretly make Christians take the “Mark of the Beast.” It’s a crackpot conspiracy, yet it continues to have legs in upsetting the delicate balance and long-held rules that remove uncertainty from elections.

A recent Quinnipiac poll indicated that 63% of likely voters believe we won’t know the results of the election on election night. I’m talking about massive uncertainty.

In Georgia, Wisconsin, North Carolina, Pennsylvania, and Michigan, courts have ruled that late-arriving ballots should be counted, provided that they are postmarked by Election Day, November 3.

The problem here is that many of these states, especially Wisconsin and Georgia, have no provisions or election rules and procedures to look at postmark dates on mail-in ballots. The rules approved by state legislatures and election officials only state that ballots received by a certain time (normally the time polls close, or 7 p.m.) will count. Now, these states will have to, on the fly, work out a way to hold ballots, count them based on a postmark date, and somehow secure all that information in a way that prevents challenges.

So, what could go wrong?

Everything. I can imagine there being bags of late-arriving ballots that may or may not meet the court-imposed extended deadline. There may be thousands of ballots with mixed postmark dates, and some envelopes that are simply discarded, leaving the ballot itself in question, and with an indeterminate, and undiscoverable eligibility.

Who will decide these questions, at the precinct, county, and state level?

It’s almost inevitable that ballot questions, in the absence of established law and procedure, operating under a court order, will bubble up through the federal courts, and reach the Supreme Court.

That is, if the election is close. Democrats would love to put enough distance in the Electoral College that Biden’s win would never be questioned. Then, regardless of the status of a close state, it simply won’t matter and any irregularities will be hand-waved away.

But we have no idea how close this election will be. As of today (Tuesday, October 20), Georgia’s in-person votes have surpassed received mail-in ballots. The number of Republicans voting early is a fast-increasing number that has Democrats in some battleground states, like Florida, worried.

President Trump was criticized for stating we need nine justices on the Supreme Court to deal with election disputes. Given the 4-4 non-decision on Pennsylvania, Trump is right. Far from helping to reduce uncertainty and increase fairness of this election, the courts have moved quickly, even recklessly, in arbitrarily overturning longstanding processes and rules to counter some conspiracy-level garbage about the president slowing the mail.

Now, we’re faced with many battleground states having no established processes, trained personnel, or historical precedent to handle days and days worth of ballots arriving after what had been a very simple cutoff. Now, local officials will have to examine each ballot’s postmark to determine if the ballot is to be counted, and will have to somehow record those decisions in a manner that a competent judge can ascertain they’ve done it correctly.

What will happen is bags full of ballots arriving at arbitrary dates between the 3rd and 9th of November will all be deemed countable by judges given that there likely won’t be a way to rule them ineligible. That means thousands of ballots, some illegally harvested by Democratic operatives in the last days of the campaign, may count for Joe Biden and against Trump.

This issue may end up in the hands of the Supreme Court Justices. And we will need nine justices, not eight. How could anyone possibly accept the results of an election that was decided by federal judges monkeying with ballot eligibility in the last month of an election cycle, and failed to be decisively affirmed or overturned by an evenly-divided Supreme Court?

If President Trump loses because of late-arriving absentee ballots, allowed to stand because of an unproved and ridiculous conspiracy theory, it could be the biggest travesty perpetrated upon the electorate in 100 years.

In my opinion, SCOTUS should have overturned the Pennsylvania State Supreme Court’s decision, simply because these rules exist to eliminate uncertainty. Having Amy Coney Barrett on the Court may have been the deciding vote. Either way–if she sides with the liberals, so be it–we need certainty. Right now, we’re headed toward chaos.