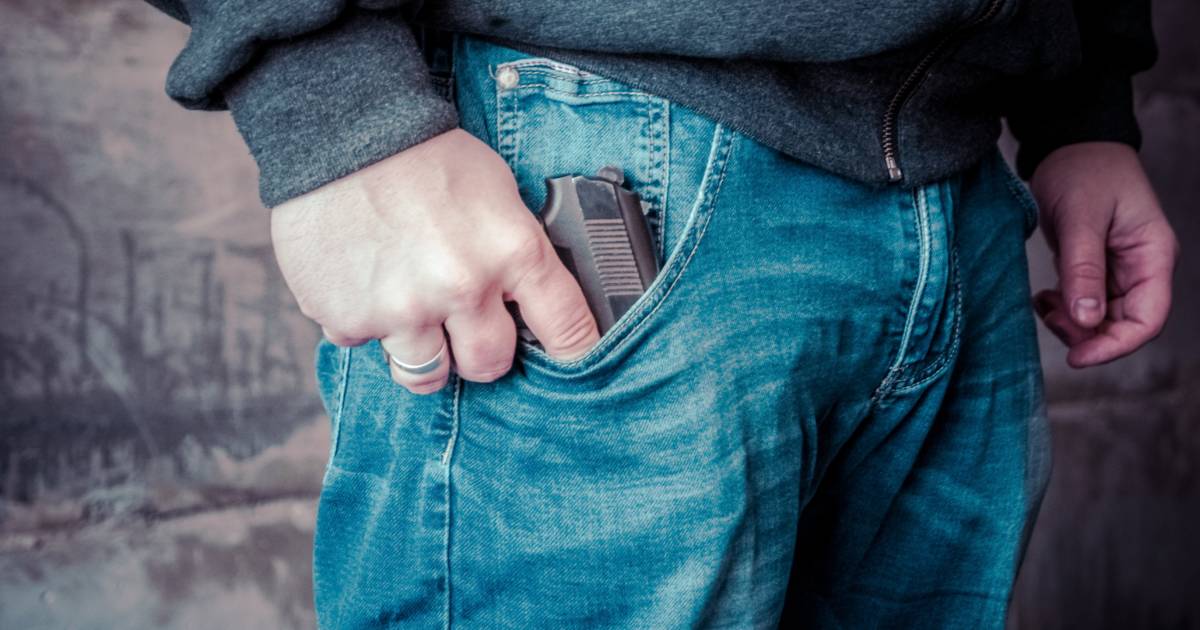 Six months ago, I didn’t think Georgia would send two Democrats to the Senate. I knew it was a possibility, but I didn’t really think it could happen. I was wrong.

Every Congress, Democrats introduce a wide array of gun control legislation, mostly to pander to their base, and get column ink in liberal-leaning newspapers. For example, in today’s Atlanta Journal-Constitution, Rep. Lucy McBath, a Democrat representing Georgia’s 6th district (which includes me), got a half page headlined “McBath cites new urgency in gun control effort.”

McBath is quoted, “They are tired; they are afraid.” She was talking about her constituents that she claimed were “anxiously awaiting for us to pass legislation” (not me!) but I think it also applies to Republicans in Congress just as well.

Two bills are up for a vote right now: H.R. 8 would literally end private gun sales.

To sell a gun, you would have to sell it to a federally licensed gun dealer, who would then complete the sale to the buyer. I’m sure plenty of gun dealers would be glad to offer this “transfer service” at a price. And I’m sure every criminal selling a gun to another criminal would laugh and ignore this law. I’m also sure that innocent people, unaware of the nuances of the law (there are exceptions for relatives, etc.) would end up charged with a crime.

It would be a federal crime, for instance, in your back yard, if you lived out in “the country,” to give your rifle to your buddy so he could help you zero it. If someone decided to report you (a neighbor hearing shots, or some schmuck driving down the road) to the ATF, they could come and arrest you for breaking the “no private transfer” law. You’d have to go to a regulated shooting range to give your buddy your rifle, and God forbid he leaves with it.

Nefarious fraudsters posing as licensed federal firearms dealers would start showing up at gun clubs and other places, charging a fee to make the transfer. The unsuspecting buyer and seller would become felons in addition to victims of fraud. All this while criminals ignore the law, and local law enforcement gains nothing from it.

No new crimes would be prevented or solved by H.R. 8. Mixed up kids who want to get a gun to shoot someone, as terrible as that is, would find ways to get a gun. They’d steal it from family, they’d buy it on the street from a criminal, or they’d walk into a store and buy it legally.

Its companion bill, H.R. 1446, would increase the time to obtain an instant background check from three to 10 days. Under current law, if the NICS does not respond within three days, the seller can complete the sale. The NICS is, as far as government goes, a shining jewel of efficiency in a sea of bureaucratic slop.

The number of NICS transactions in 2019 that remained unresolved after three days was 261,312, or 0.9 percent. Of those, 207,431 were unresolved after 88 days. The difference between the three day and 88 day totals is 53,881. Increasing the three day window to 10 days would only potentially affect a portion of those 53,881 checks. We’re talking about far less than 0.1 percent of the total.

It might inconvenience a few more individuals, who, honestly, would probably just go to another store and try again. Some individuals might appeal and win.

In practical reality, H.R. 1446 would do absolutely nothing. It would have nil effect other than give permission for Democrats to later dismantle and wreck one of the best functioning tools for keeping legal sellers from selling guns to felons and others who should not possess guns, just so less people would buy guns.

For gun-control advocates, the NICS is just too efficient. They’d have to monkey with it to make it worse, and bog it down with all kinds of burdens (like adding “woke” logic to it, for instance), then use the 10 day window as an excuse to stop millions of legal gun sales.

None of this, of course, would make any difference in most years. Bills such as this are routinely defeated. But now, Democrats control both the House and the Senate, and have a president in the White House who would eagerly sign gun control measures into law. The only thing keeping bills like from becoming law is the filibuster, and Republican lawmakers ability to listen to constituents.

The filibuster is in danger, and the gun lobby is in complete and utter disarray. The NRA is dealing with bankruptcy, scandal and betrayal. Who will stand in the way of passing at least one of these terrible laws?

Six months ago I’d say I was certain that there’s no way either would pass. Now I can’t say that with any confidence. Republicans have no way to stop it, and the NRA is impotent. It would only take a few Democrats agreeing to kill the filibuster (Sens. Kristen Sinema and Joe Manchin), and maybe a squish or two in the GOP (Sens. Pat Toomey and Susan Collins) supporting one or both of these bills, and wham, it’s law.

It’s very possible that, this time, the gun control dog may have finally caught the car it’s been chasing all these years. This could be the year when Congress bans private gun sales, or impedes citizens’ ability to obtain a gun legally, using the existing background check process.

If I were you, I’d line up at the gun store to get what I want right now. If you’re looking to sell, do it now. I have little confidence in the GOP or the NRA to stop this.