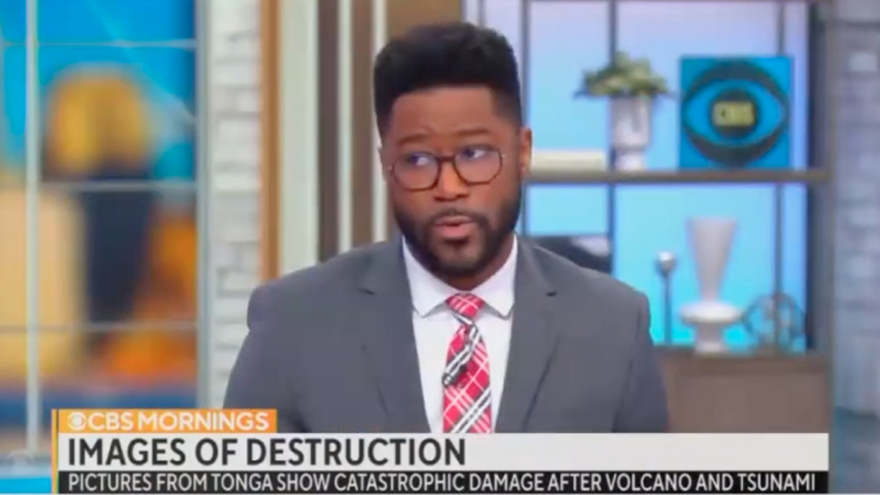 “We talk about climate change quite a bit. These stories are a harsh reality of what we’re going through and we have to do our part because these are more frequent,” said Burleson.

The CBS News reporter clarified his position on Twitter, claiming he “Didn’t say the Volcano was caused by climate change. Mother Nature has ways of contributing to climate change, so my point is we need to do our part to take care of this planet.”

Watch the revealing exchange above.