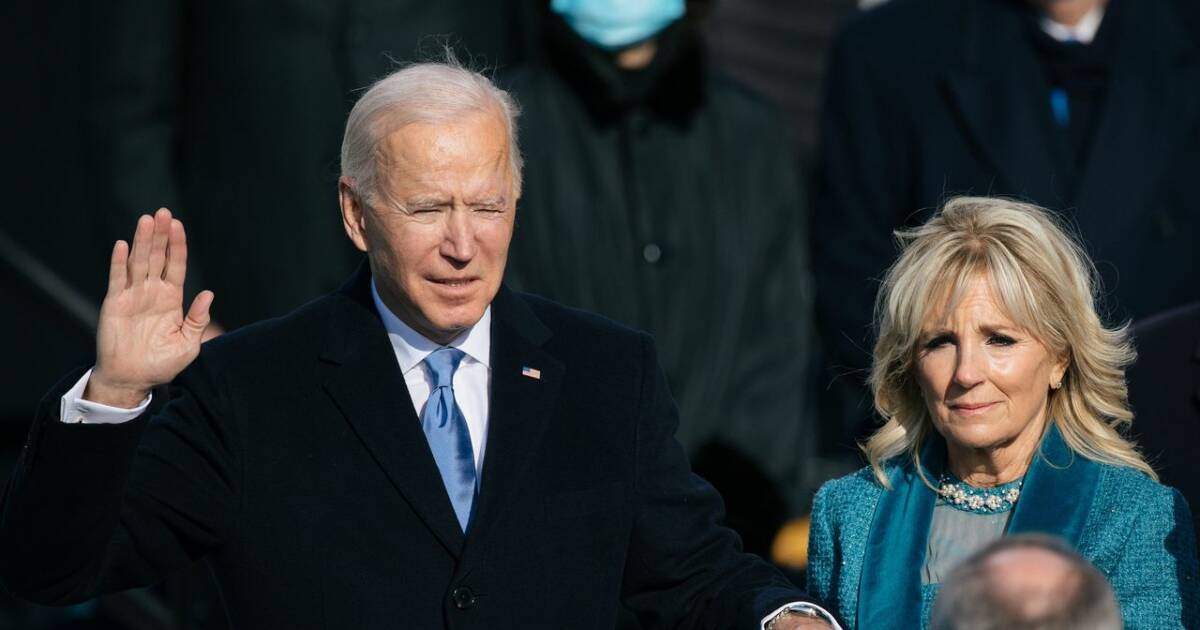 Democrats on the far-left are telling President Biden to let the government shut down and blame it on the Republicans. You can see it in the way the stories are being crafted two days before the deadline to either pass a $3.5 trillion budget-killing bomb, negotiate something else with the two Democrats who won’t go along, or let the government shut down on Friday with no deal for a debt ceiling lift.

The AP warned this morning:

With Republicans solidly opposed and no Democratic votes to spare, Biden canceled a Wednesday trip to Chicago that was to focus on COVID-19 vaccinations so he could dig in for another day of intense negotiations with lawmakers ahead of crucial votes.

Sen. Tim Kaine expressed “no doubt that Democrats aren’t going to let the government shut down,” adding “and we’re not defaulting on the debt.” He chased that with “Even if Republicans want to flirt with it, we don’t.” Uh huh.

The Washington Post reported that the Federal Highway Administration could shut down and furlough thousands of workers, halting payments to states for road maintenance, because the Highway Trust Fund authorization is going to expire September 30 along with other appropriations.

About half the money in the $1 trillion infrastructure bill, which the Senate passed in August with bipartisan support, would support transportation programs. Much of the money would be routed through the Highway Trust Fund, which also pays for transit projects.

Democrats like Rep. Peter DeFazio called the situation “It’s this or nothing,” and the Senate’s rules “stupid.”

Bret Stephens opined in a New York Times op-ed, an open letter to Sens. Joe Manchin and Krysten Sinema, to “just say no” to the infrastructure package. He called the Democrats game of trying to get the two moderates “dumb.”

he likeliest way for President Biden to fail — and for Democrats to lose their congressional majorities next year and for Donald Trump to return to the White House next term — is for the spending bills to pass mostly as they are. A Democratic Party that abandons its center (where many congressional seats are vulnerable) for the sake of its left (where the seats are usually safe) is heading straight for the minority come November 2022.

“Let them call you names now so that they can thank you for your sobriety later,” Stephens wrote.

Because dumping all that cash into the economy without people doing work for it will eventually lead to inflation that the Fed can’t contain. Stephens questioned the wisdom of assuming that today’s supply disruptions will continue to be the root cause of price hikes, rather than a more endemic economic model of too much cash chasing too few goods.

This is what ought to keep Democratic leaders awake at night, along with the record spike in homicides, an incoherent and chaotic policy on the southern border and the possibility that a ticking real-estate debt bomb in China could be the world’s next Lehman Brothers collapse.

With just two days left, Stephens offered some legislative paths as a “way out of this standoff.” But Democrats created the standoff. Speaker Nancy Pelosi saw it coming a mile away. This entire crisis was manufactured by Democrats, and the plan is to let the government shut down, blame Republicans, and then let Democrats look like the reasonable ones.

There’s a chance President Biden might pull an eleventh hour rabbit out of his hat, and not listen to the advisors who keep telling him to hold the ship true and let it crash into the rocks. If the president sides with Manchin and Sinema, takes the infrastructure off the table and focuses on getting the debt issue solved, he can avoid Senate Majority Leader Mitch McConnell and Republicans, and do what McConnell himself told reporters.

“Of course the debt ceiling has to be raised,” McConnell said. But he insisted Democrats shoulder the unpopular vote on their own.

But the advisors are telling Biden to repeat a horrendous lie, that the $3.5 trillion bill will cost nothing because the “rich” will shoulder the tax burden (they won’t). There aren’t enough Pinocchios to fact check that fantasy, which ranks right up there with Trump’s “stolen election Big Lie,” Obama’s “if you like your doctor,” and Bill Clinton’s “I did not have sexual relations with that woman, Miss Lewinsky.”

Of course, MSNBC shills by telling all of us how Biden is right.

Economic redistribution of wealth by the government does not work. The wealthy will simply move their capital off-shore, along with the benefits, workers, and companies. The big corporations will pay tax accountants and lawyers for ever-more complex schemes for tax avoidance, because there’s always a loophole, especially when lobbying money can pay for it. Who will suffer? The local businessman, trying to employ 20 or 100 or 250 workers in a heating and cooling trade, or a car dealership, or a small medical device manufacturer.

Who will pay? All of us who aren’t in the top 1%, but not in the bottom 50%. Your house payment will eat more of your take-home pay; your grocery bill will be bigger; everything you buy will cost more. And you’ll pay more to the government in taxes, while the government sends you checks to make the sting feel better. Meanwhile, the hogs at the trough will spend your tax dollars on useless things and dumb projects, and government unions will hoover up billions and invest it in the big companies that hide their income overseas.

There’s a reason CALPERS, the California Public Employees’ Retirement System, is the biggest pension fund in the country. There’s a reason CALPERS achieved an insane 21% yield in fiscal 2021 ending June 30 in our superheated investment market. They say the market presages the economy, which means inflation is coming, and good, solid jobs are needed to stave off permanent price hikes.

Biden’s plan will line the pockets of pensioners while robbing the already meager prospects of Gen-X, Y, and Z workers and those who are looking at a desert-like job market unless you sit at home doing gig work.

The Democrats’ $3.5 trillion anchor will sink the economy faster than scuttling charges planted on a ship’s keel. Manchin and Sinema are the only sane people brave enough to tell Biden the truth. Maybe he will listen.

Or maybe Biden will listen to the political wolves who tell him it won’t matter, as long as the Republicans are made to pay for their opposition by being blamed in the media for a government shutdown.

If you have any faith in Joe Biden, pray that he listens to sanity.