The ‘House of Mouse’ descended into more gender controversy this week when the Disney Company refused to comment on whether they will eliminate “prince and princess” from their lexicon to promote inclusivity.

“The company would not say when asked by FOX Business if it would continue to use the terms ‘princes and princesses,’ two historically gendered terms the company uses for some of its biggest brand names,” reports Fox News.

“We no longer say ‘Ladies and gentlemen’ or ‘boys and girls’… We’ve provided training for all of our cast members in relationship to that. So now they know it’s ‘Hello, everyone,’ or ‘Hello, friends,'” Disney’s diversity and inclusion manager Vivian Ware said in a video that went viral on social media.

“We want to create that magical moment with our cast members, with our guests,” she said. “And we don’t want to just assume because someone might be in, our interpretation, may be presenting as female that they may not want to be ‘princess.’”

“Florida’s HB 1557, also known as the ‘Don’t Say Gay’ bill, should never have passed and should never have been signed into law,” the company said in a statement. “Our goal as a company is for this law to be repealed by the legislature or struck down in the courts, and we remain committed to supporting the national and state organizations working to achieve that. We are dedicated to standing up for the rights and safety of LGBTQ+ members of the Disney family, as well as the LGBTQ+ community in Florida and across the country.”

Watch the Executive’s comments above. 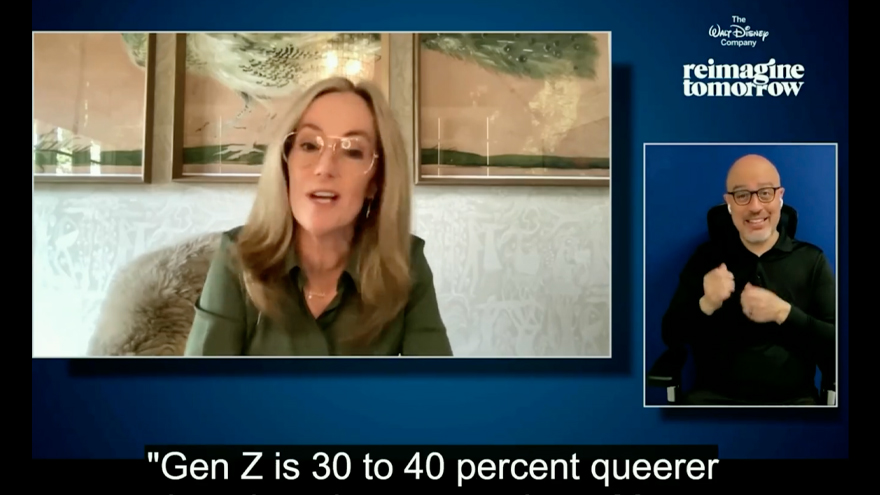