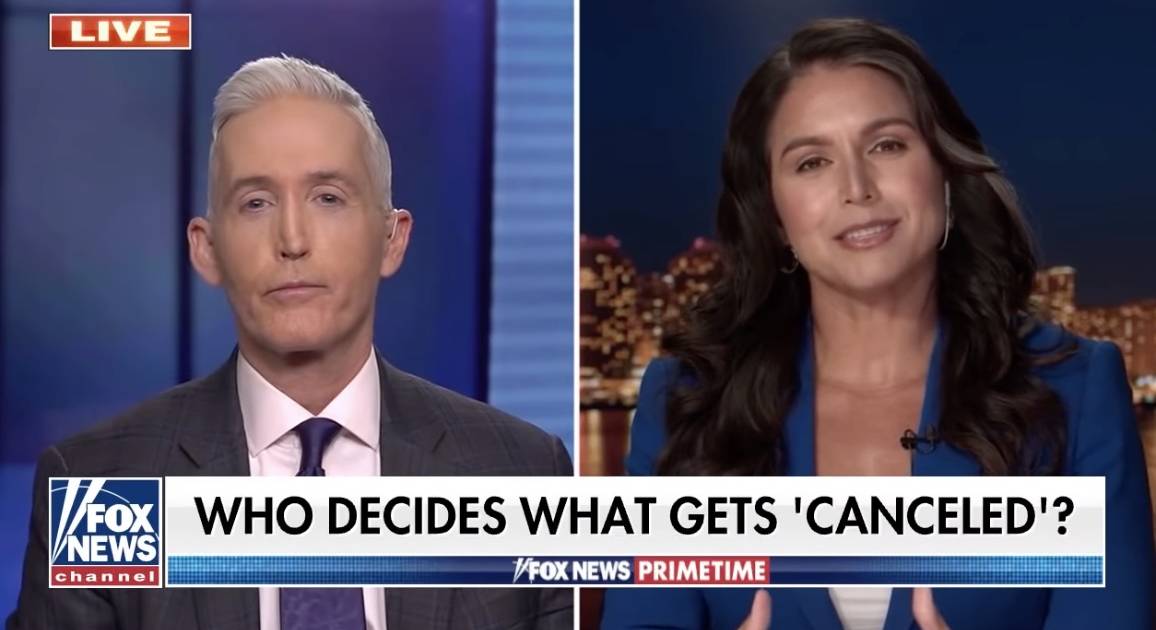 Former Rep. Tulsi Gabbard may have identified as a Democrat during her time in Congress, but these days she’s sounding more and more like a freedom-loving conservative. Case in point? Her appearance with Trey Gowdy on Fox this week decrying cancel culture.

“Cancel culture is the opposite of this,” Gabbard said, referring to the American idea of free expression and giving people the freedom to choose what to believe.

“It is exactly the opposite of this foundational principle of our democracy. It means that in a cancel culture, you have some people who believe that they are special, that they are superior, that they have the power to be able to shut down those who have ideas and views that are different, who may follow a path that they deem to be the wrong path.”

The cancel culture activists “don’t want the people to hear from those who may offer a different idea than the one that those in power want people to see or to hear, or to be exposed to,” she added.

“This is the danger of where this path leads us — unless we as individuals stand up against it.”

Watch her blow the cover off cancel culture below: