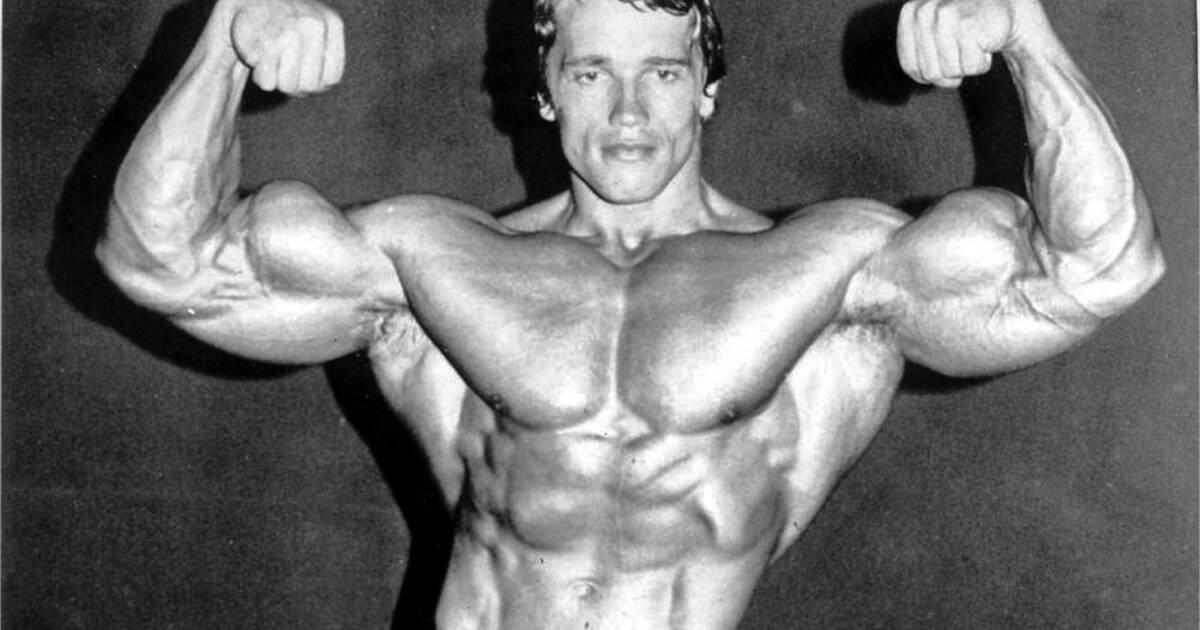 You need to read this: Every thing is really about perspective.

In 1977, Arnold Schwarzenegger starred in a documentary about his 1975 Mr. Olympia bodybuilding title, called “Pumping Iron.” In this film, Schwarzenegger broke down the very unique world of the elite bodybuilder versus everyone else in the world.

Good bodybuilders have the same mind…when it comes to sculpting, than a sculptor has. lf you analyze it, you look in the mirror and you say: ”l need more deltoids, more shoulders,”so you get the proportions right.

So what you do is you exercise…and put those deltoids on. Whereas an artist would just slap on some clay on each side. Does it, maybe, the easier way. We go through a harder way…because you have to do it on a human body.

l mean, obviously a lot of people look at you…and they think it’s kind of strange, what you’re doing. But those are the people who don’t know much about it.

As soon as you find out what the whole thing is about…then it’s just like another thing.

lt’s not any stranger as going into a car…and trying to go in a quarter mile, five seconds. l mean, that’s, for me, strange.

I bolded one line, because that, to me, hits on a universal truth of the human experience. Things we don’t understand from the outside are strange, but inside, it’s just like another thing we do.

Not every thing is, in fact, just like another thing. Within the bodybuilding community, some people are naturally gifted; they are more able to shape their deltoids, traps, pecs, biceps, and get that “look” as a sculptor sits and critically views the lump of clay, transforming it to a lifelike statue.

Some bodybuilders are barely able to achieve a sixpack of abs, try as they may. If I, with my lack of physique, had tried my hand at body sculpting, even in my most fit years, I expect it would have ended in disappointment. Whereas, someone like Chris Hemsworth, could have applied himself to the craft with as much energy as he put into acting, and come out with spectacular results (don’t ask me to offer proof of that remark, although I do know Mr. Hemsworth has been described by his personal trainer as a “natural athlete”).

I’ll add a “however” here, because even I, had I decided to commit myself to the regimen of a bodybuilder, would have more understanding of the “life” of that thing than someone, an outsider, who has only the most passing knowledge, let alone interest, in the sport. It’s the same with auto racing, skydiving, the military, and a whole gamut of human culture, where people on the inside can snicker at outsiders—especially writers and documentarians—saying “they just don’t know.”

What Schwarzenegger said is true beyond argument. Anything strange to an outsider, once you find out what it’s about, it’s just another thing, except when that thing is something unique in itself, and in fact a game changer for everything because it is a transcendent, exclusive truth.

I’m talking about Christianity, specifically the claims of Christ, and the creed of Christians. Sunday’s “French Press” missive by David French was about “Evangelical Elites, Fighting Each Other.” Inside the thing called Christianity, there’s a wide, broad, deep, and multichromatic range of beliefs, personalities, gifts, understanding, and practice. However, the New Testament writers make very clear that one thing defines the Christian.

This is how you can recognize the Spirit of God: Every spirit that acknowledges that Jesus Christ has come in the flesh is from God, 3 but every spirit that does not acknowledge Jesus is not from God. This is the spirit of the antichrist, which you have heard is coming and even now is already in the world.

John wrote in 1 John 4 that belief in Jesus Christ, coming in the flesh is from God. It means Christ’s virgin birth, sinless life, atoning death, and victorious resurrection is the dividing line between outsiders of the thing called Christianity and insiders who believe. Furthermore, John wrote that the spirit of antichrist, which denies Christ and the exclusive truths of belief, is prevalent in the world.

4 You, dear children, are from God and have overcome them, because the one who is in you is greater than the one who is in the world. 5 They are from the world and therefore speak from the viewpoint of the world, and the world listens to them. 6 We are from God, and whoever knows God listens to us; but whoever is not from God does not listen to us. This is how we recognize the Spirit of truth and the spirit of falsehood.

We argue over a thousand things, big and little. We also are represented by more gifted, less gifted, more educated, less educated, more charismatic (in the personality sense, not the religious), less charismatic individuals. People have egos, wants, needs, and a yearning for acceptance in a group. These things run counter to the Biblical goals of loving your neighbor as you love yourself. They are difficult to implement in individual lives for believers, never mind trying to achieve some kind of unity among the whole body of believers.

All of that is really inside baseball for Christians, and whether we who are inside realize it or not, we are all playing for the same team, with the same basic experiences of church, family, study, and even language. We know the name of Jesus Christ as lord and savior—a special name. The world knows his name as a curse word, frequently with various other cusswords added to season it.

Like the bodybuilder, the Christian beats himself in to submission, adding here, taking away there, to bear the perfect image of Christ. That is the goal of the Christian life, to become more Christlike. It’s the thing; the thing that makes insiders know the life, and outsiders see it as strange.

Former bodybuilders, even ones who detest the sport or highlight its dangers, know more than those who never competed. They don’t see that life as strange, only beneficial, or harmful. But bodybuilding, or any sport, does not claim to be the answer to life, human fulfillment, and the afterlife. Christianity does.

Therefore, Christians have to know that everyone outside, and everyone who does not believe (whether they have at one time or not—and that’s also a subject Christians hotly debate, “once saved always saved”), who views life through the lens of non-Christians, necessarily does not listen to the viewpoint of Christians with a discerning ear for what tribe of Christianity is speaking.

Back to French’s article. He wrote of a minister named Tish Harrison Warren, who in 2011 tried to approach Vanderbilt University on the basis of her moderate, even liberal form of Christianity, tipped with kindness, a listening ear, and an intelligent, engaging mind. She approached the university because the school was trying to force Christian student groups to accept leaders who did not subscribe to the creed of Christian belief, as they called that requirement discrimination in their eyes.

Three years later, Warren wrote that despite her kindness, and her soft approach, her efforts were rebuffed.

But as I met with other administrators, the tone began to change. The word discrimination began to be used—a lot—specifically in regard to creedal requirements. It was lobbed like a grenade to end all argument. Administrators compared Christian students to 1960s segregationists. I once mustered courage to ask them if they truly thought it was fair to equate racial prejudice with asking Bible study leaders to affirm the Resurrection. The vice chancellor replied, “Creedal discrimination is still discrimination.”

I began to realize that inside the church, the territory between Augustine of Hippo and Jerry Falwell seems vast, and miles lie between Ron Sider and Pat Robertson. But in the eyes of the university (and much of the press), subscribers to broad Christian orthodoxy occupy the same square foot of cultural space.

To any Christian, it’s obvious that inviting non-Christians to lead a Christian campus group is like inviting a Bolivian soccer player who never hit, caught or threw a baseball to manage a college baseball team. It makes no sense at all. But to the world, even the knowledge of Christ, associated with the creed of Jesus Christ as lord, savior, and all the things that go along with this exclusive truth, is too dangerous, too narrow, too exclusive, to allow.

No amount of arguing inside baseball Christianity is going to make a difference to those who subscribe to the world’s belief system. As John wrote: “whoever is not from God does not listen to us.” When we are arguing with people who won’t listen, there’s really no argument at all.

There is only one response to those outside of Christianity, from those who are in it. Love. Love is the one thing, the only thing, that draws those from the outside to come in. There is no ministry without love. There is no prophecy, no knowledge, no teaching, no evangelism, without love, for those outside of Christ have no way to hear, no eyes to see us, if we are not acting and living in love.

This is the message of the entire New Testament after the synoptic Gospels. It’s the entire mission of the Church, to be the light of the world though Christ’s love. All the inside arguments of the church are of no interest, and in fact have no positive impact, on how the world sees Christianity. (They can have a lot of negative impact, however.) We may as well be two bodybuilders arguing over the fineries of judging a set pose, with an audience of home cooks. Except the home cooks might be mildly amused—non-Christians are more likely disgusted, insulted, or bored.