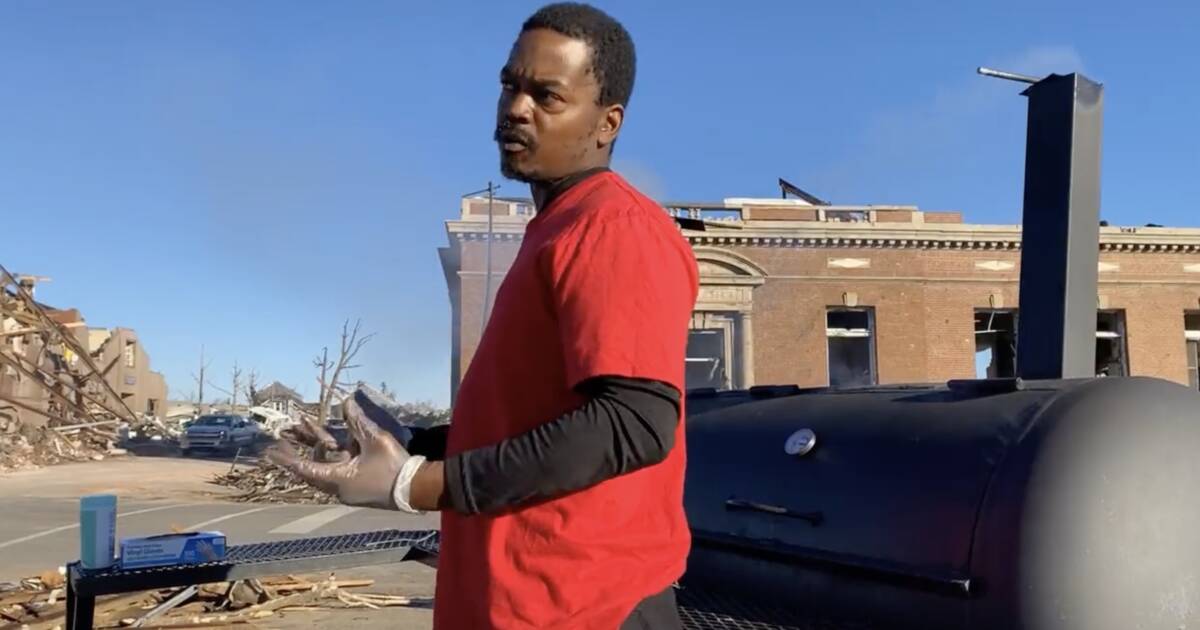 When Jim Finch saw the horrific damage done by tornadoes in Mayfield, Kentucky, he loaded up his truck with a grill, food and water and drove to help out folks in the area.

“Jim wore a smile the whole morning, we laugh when I asked if he had a restaurant. He shook his head, ‘it just needed to be done,'” Ordoñez added.

According to AP News, “Kentucky authorities said the sheer level of destruction was hindering their ability to tally the devastation from Friday night’s storms. At least 64 people were killed in the state alone.”