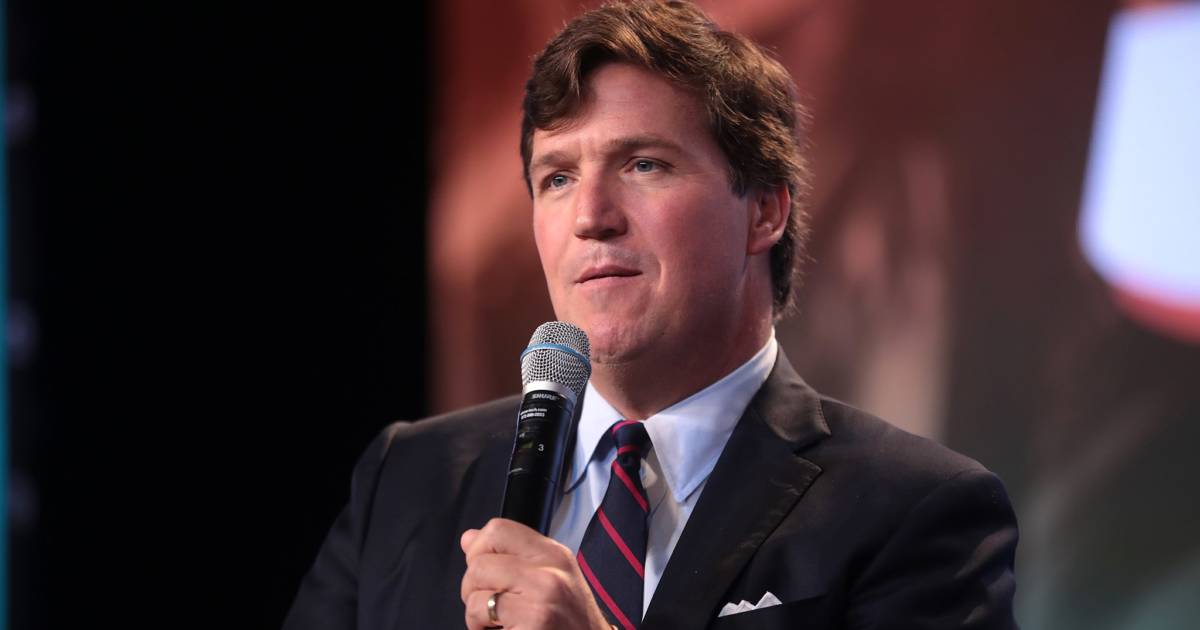 If you don’t believe the NSA gathered, illegally identified, then leaked communications gathered from Fox News’ host Tucker Carlson, think again. The sheer predictability of how this story has unfolded makes it blindingly obvious it happened, and only a “whistleblower” warning Carlson prevented him from being blindsided by an escalating inferno of stories.

The fact is, Axios and The Washington Post still published stories that used the leaked NSA intelligence, even after the entire non-Fox media apparatus, now in total oleaginous servitude to the integrity of the American intelligence community, pooh-poohed Carlson as a nutcase for suggesting it.

Don’t believe me on this. Read Matt Taibbi’s takedown (you need to subscribe) of the same people he’s known for years. Besides being a much more gifted writer than I am, he possesses the secret ingredient necessary to needle the media’s gas ballon: the ability to tell them to complete anatomically impossible sex acts.

In a flash, the gloating and non-denial denials that littered early coverage of this story (like the NSA’s meaningless insistence that Carlson was not a “target” of surveillance) dried up. They were instantly replaced by new, more tortured rhetoric, exemplified by an amazingly loathsome interview conducted by former Bush official Nicolle Wallace on MSNBC. The Wallace panel included rodentine former Robert Mueller team member Andrew Weissman, and another of the networks’ seemingly limitless pool of interchangeable ex-FBI stooge-commentators, Frank Figliuzzi.

Tucker Carlson is hated in non-Fox media circles because he is successful, possesses audiences the jealous, ambitious hosts who aren’t Tucker Carlson want to have for themselves, and isn’t afraid to tell them all what he thinks they should do, which is generally the same as Taibbi’s suggested activity.

For example, Carlson had media persona non-grata Glenn Greenwald on his show. Greenwald is a constant irritant to the intelligence community—a champion of anti-American Julian Assange, breaker of the Edward Snowden story, and overall skeptic and mistrusting hard-nosed lawyer-cum-investigative reporter who founded and was later ejected from The Intercept for being too independent-minded.

I don’t agree with Greenwald’s leftist politics. But I do agree that the intelligence community, aligned with big corporate media, and elected officials it gets clubby with, presents a giant threat to our republic. Greenwald questioned the FBI’s role (subscription required) in the January 6th insurrection, which Carlson agreed with.

The original report, published by Revolver News and then amplified by Fox News’ Tucker Carlson, documented ample evidence of FBI infiltration of the three key groups at the center of the 1/6 investigation — the Oath Keepers, the Proud Boys, and the Three Percenters — and noted how many alleged riot leaders from these groups have not yet been indicted. While low-level protesters have been aggressively charged with major felonies and held without bail, many of the alleged plot leaders have thus far been shielded from charges.

Greenwald is also somewhat immune to the media’s peer pressure and threats of cancellation. He lives in Brazil with his husband, a member of the Brazilian Congress. Carlson and Greenwald, along with newly independent journalists like Taibbi, can all freely call out the dangerous accord between what Donald Trump called the “deep state” and big media.

Carlson, however, has the Achilles’ heel of being on national television, funded by advertising, and therefore vulnerable to scandal. The NSA leak sought to cast scandal on Carlson, and build it to a point where Fox had a business decision to make. The “whistleblower” took the story and turned it on its head.

The real story is the fact that such power—to, as Taibbi put it—to peek “in the electronic cookie jar” of NSA intercepts, whether it’s Carlson, or President Obama’s White House targeting U.S. Jewish groups and Israeli officials to help craft strategy for the Iran Deal, which the Wall Street Journal reported raised senior officials’ fears of an “oh s—t moment,” exists at all, or the temptation to use it is so easily hand-waved away.

One of my primary arguments of why Donald Trump’s presidency wasn’t on a path to a thousand year reich is that the intelligence community and its partner in crime, big media, opposed him. Trump, despite the enormous political power and executive privilege of the presidency, could not overcome this. One reason is that Trump lacked the discipline and ability to read large amounts of intelligence briefings—he barely read anything. Another reason is that Trump’s instincts, and his gifts, tended toward mass communication.

Trump was immune to much of the IC/media’s attacks because of his Luddite-like refusal to use email, so there wasn’t much private communications to intercept. When Trump spoke privately, on the phone, even if it’s recorded, he tended to walk all over his own words, making context difficult. This is why, though there are recordings and transcripts of both phone calls with Ukraine President Volodymyr Zelensky, and Georgia Secretary of State Brad Raffensperger, the former didn’t lead to a mountain of evidence that could convict him, and the latter hasn’t led to an indictment in Georgia.

Now, before you flood the comments, let me explain that. First, this post isn’t primarily about Trump. Second, if the Democrats had not botched and rushed the first impeachment attempt, it’s possible that some kind of conspiracy case could have been presented in such a way as to damage Trump more than it did, but I doubt Trump himself said enough to prove the case to two-thirds of the Senate. Trump doesn’t do smoking guns because he fails to load them (he lets others do that).

Third, again on the call with Raffensperger, Trump’s words were in line with his public communications. In fact, the evidence coming out that Fulton County’s Board of Elections is hopelessly incompetent, which we’ve known for years, makes his claim of “find” the corruption less crazy. It doesn’t make it true that Trump won Georgia—he clearly didn’t.

But this isn’t about Trump. If the intelligence community had intercepts of the president saying or emailing intentions to deceive Americans on the election, or COVID-19, or anything other than what his public appearances and tweets said, be sure it would have leaked. The IC was Trump’s enemy and collaborated with big media to do him in.

The IC is now Tucker Carlson’s enemy. Tucker Carlson is now big media’s substitute for Trump, and they are using the same tactics to do him in. If you think it’s not true, then you’re missing the bigger story.