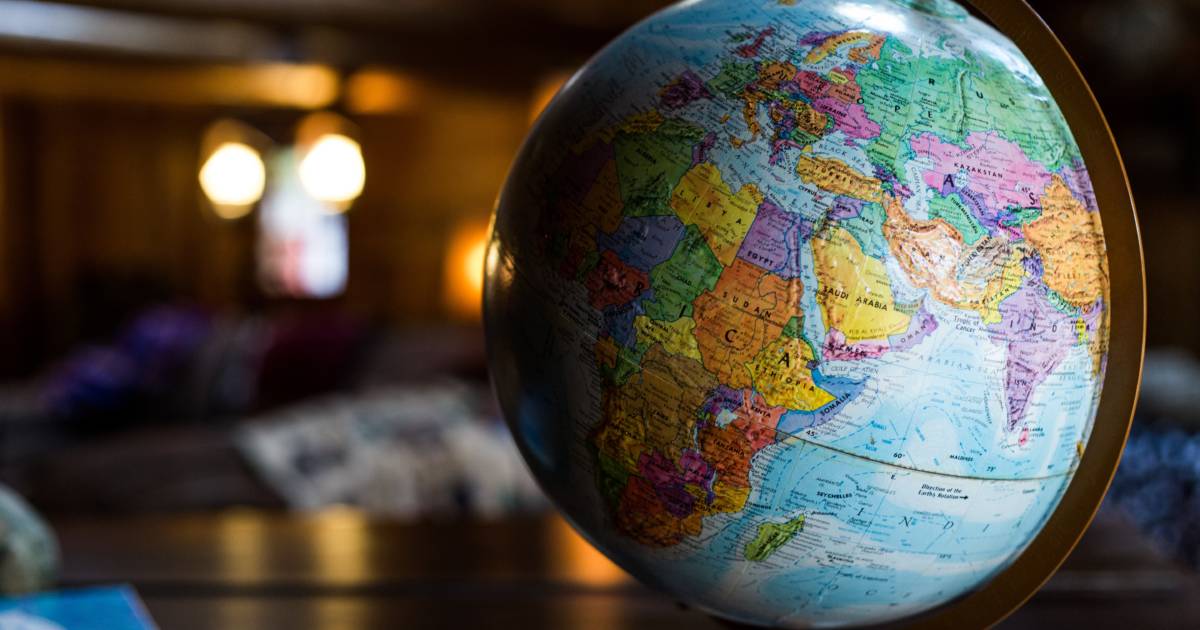 Do you know where the most learned and hard-nosed businesspeople are found? Not with their noses in spreadsheets and PowerPoint decks in Manhattan skyscrapers; not in the conference rooms of Silicon Valley venture capital firms. No, you’ll find them tilling the earth in small, medium and large farms dotted throughout the world.

Farming is a business that involves science, technology, engineering, finance, transportation, energy, and also, plumbing, building, excavation, manufacturing, irrigation, and meteorology. The farmer has to know all these things to even survive, never mind to turn a profit.

Yet, for modern farmers to feed the world, they regularly throw away their seed at the end of the planting season. Since companies and governments use worldwide data and reach to produce an annual hybrid seed for most crops, farmers have little use for “saved seed.”

Researchers have documented a distinct advantage to using hybrid seeds over “bin-fed” or saved standard seeds. A Wisconsin agronomist looked at data collected by North Carolina State University researchers, and “found a 1.9 bushel per acre advantage to certified seed over bin-run seed. In some cases, they were higher. Conley notes Wisconsin data showed a 2.2 bushel per acre advantage for certified over bin-run seed.”

These seeds are patented. Farmers who desire to use them sign a technology agreement with a company like Monsanto, which as part of the terms of using the seed to grow crops, restricts the farmers from using or saving seeds produced by the crop. There’s a long-running activist movement that decries this practice as a violation of “fundamental rights” of farmers. The farmers know better because the seed they get every year from bio engineering companies yields a more reliable crop than the seeds produced from the previous year’s crop.

It’s all about Gregor Mendel and genetics, and generations of hybrids, which I won’t bore you with here (read all you want on your own).

But as Bill Gates illuminates in his book “How to Avoid a Climate Disaster,” farmers in African nations with farms under four acres, called “smallholder” farmers, frequently don’t have credit to afford the latest hybrid seed. They also can’t afford the latest high-tech fertilizer, so they use nitrogen-rich fertilizer, which is terrible for greenhouse gases, and therefore for potentially contributing to global climate change.

The problem is that the motivation and impetus for improving the lot of smallholder farms in Africa versus the profit motive for improving the crop yield of agribusiness farms in the U.S. heartland, or in South America, is not a sustainable model without massive government policy changes.

But you don’t see a big movement calling for companies that own hybrid seed patents to give up their intellectual property rights.

There’s a little-known (outside of Bill Gates and his friends) organization with the acronym CGIAR, which stands for the Consultative Group on International Agricultural Research—a mouthful. The organization is a hybrid mix of liberal think-tank (they’re delving into gender equality, for instance), research sharing hub, and innovation center for agricultural advances. Some of the stuff CGIAR is doing is truly world-changing and revolutionary, helping small farmers pull up out of poverty while producing disease, pest, weather, and drought-resistant crops.

But CGIAR and its network of research facilities is pure philanthropy. The money thrown at it by nations and corporate partners is a mere pittance compared to the size of the biotech giants. In 2020, the U.S. gave $102.3 million to the CGIAR trust fund. In 2019, under the Trump administration, it was $110.7 million, which is 24.7% of the total donated.

One of the funders is the Syngenta Foundation. Syngenta is a huge agri-business seed and biotech conglomerate. Syngenta is owned by ChemChina, which bought it in 2015; it was formed when Novartis and AstraZeneca spun off their agri-chemical businesses in 2000. Monsanto is owned by Bayer & Co., the German pharmaceutical and chemical leviathan, which has sales north of $60 billion. In 2020, Syngenta’s worldwide sales totaled nearly $15 billion. Monsanto’s annual revenue was $15.85 billion. These companies each invest many times over the entire amount donated to the CGIAR trust fund each year into R+D.

ChemChina is owned by SASAC: the State-owned Assets Supervision and Administration Commission of the State Council—in other words, the Chinese Communist Party.

Now, if you’re like me, you’re beginning to see the links between China, seeds, agri-chemical, biotech, and drug manufacturers. China has been slow out of the gate with effective COVID-19 vaccines. Not because of a lack of trying, but because they don’t possess the necessary infrastructure to quickly produce mRNA vaccines. Much of that infrastructure and expertise resides in (you guessed it) the United States. Though it’s owned by foreign drug companies like AstraZeneca, Pfizer, and BioNTech, the U.S. is the leader in ramping up production of much of the world’s COVID-19 vaccine stock.

Only in the last few weeks have Chinese firms produced the ARCoV vaccine based on the mRNA process that Pfizer and BioNTech developed. China’s current vaccines are being reviewed by WHO for worldwide use, but are facing questionsas to their effectiveness.

America paid for the vaccine, through Operation Warp Speed’s $12 billion advance payment contracts. China would have made the mRNA vaccines if they had the ability, but they don’t. Yet many are calling for the Biden administration to waiver the patents on COVID-19 vaccines, and are critical of Biden for his reticence to hand over intellectual propertydeveloped in the U.S. to China.

If China wants access to western technology to make mRNA vaccines, it doesn’t need to be handed over via some waiver. China can pay for it, and in fact, has. Shanghai Fosun Pharmaceutical has agreed to partner with German BioNTech in a $200 million joint venture to build a plant in China with the capacity of up to 1 billion doses of COVID-19-type vaccine a year.

Shanghai Fosun Pharmaceutical Industry Development will contribute up to US$100 million of assets including cash and a manufacturing facility, while BioNTech will chip in the licence and know-how to produce the vaccine of the same value. Each party will own half of the venture.

Fosun Pharmaceutical is owned through a web of holding companies by Guo Guangchang, a Chinese national worth around $7 billion, and a “representative of the 12th Chinese People’s Political Consultative Conference” according to his Wikipedia entry. In other words, Guangchang is under the thumb of the CCP. In 2015, he ran afoul of Chinese President Xi Jinping and found himself with some kind of corruption “investigation.” After some time, his “cooperation” was established and Guangchang was once again free to make lots of bank for China.

Does anyone think that a plant built by BioNTech, the same company that partnered with Pfizer to create the most-administered vaccine in America, won’t give away all its trade secrets and patentable intellectual property to the Chinese government? It’s as good as done.

Any effort to waive the patents will simply give color of law to the Chinese government’s plans. And in the end, the CCP couldn’t care less if it’s legal or not to take the manufacturing and development trade secrets of Pfizer or BioNTech; they will do it.

The Chinese government stole secrets for decades from chip manufacturers, and now controls 60% of global chip consumption, while only able to meet demand for 30% of its own requirements, according to a study done in 2020.

In chips, seeds, and vaccines, China, and the rest of the world rely on business, national interest, and money to advance national interests. Globalization type organizations like CGIAR are really just side shows for these interests, which leads me to my final point, regarding climate change and Bill Gates.

Gates, in his book, which I’m carefully reading, lays out a compelling case for why the world is heading for some serious consequences for climate change. But Gates also lamented in a 2015 TED Talk that the world wasn’t ready to take on a pandemic. When SARS-CoV-2 hit, China covered it up and obscured its origin. WHO participated in the cover-up. So much for global organizations and accountability.

Yet the solution to COVID-19 wasn’t found in hyper-national globalism. It was found in many competing nations and large multinational corporations with experience studying previous SARS viruses, plus a good dose of (U.S.) government cash. The point here is that competing nations almost never find a cause to prepare “for the worst” on something that’s worth giving up their own national interest, which for China and many smaller third-world nations, does not involve western liberal save-the-planet causes.

What Gates and others are calling for is international cooperation on a scale and of a kind that’s unprecedented and really unimaginable. China is not going to stop making cement, when it now makes more than the rest of the world, combined. But cement production, and the energy burned to produce it contributes about 8% of the global total of CO2 dumped into the atmosphere. If the U.S. went to zero carbon neutrality tomorrow, that would make just a tiny dent in the concrete-related emissions coming from China and India.

If the U.S. decided to suspend all patents for advanced non-greenhouse-gas producing fertilizers, and shared it with the world, we’d still find nations that demanded we pay their tin-hat dictators and corrupt administrators to them to actually use those products. We’d still find hucksters and criminals stealing cash, faking product and doing all the things we know go on in poor nations to keep those in poverty from gaining economic and political power.

The profit motive, capitalism, communism, and our tribalist globe resists great global initiatives in the absence of immediate and severe consequences. We literally have to be looking the Grim Reaper in his dead eyes to act.

The next pandemic will look far different from this one. For one thing, the Chinese will have advanced vaccines capability, with gene editing and fast production ramp-up for many threats. For another thing, having gone through COVID-19, the world will be a lot faster in action.

For something like climate change, even if the effects are as bad as Gates and others say it will be, it won’t be Kum-bay-ya and global initiatives in agricultural research that solve the problem. It will be the increasing and visible problems brought on, and when they arrive, each will be attacked—and resisted—like COVID-19 has been. When irreconcilable issues crop up, there may even be wars. And when the wars fail to solve the problems, only then will the world get into “team-up” mode to fix things.

The doomsayers say that by then it will be too late, and we will all be doomed.

But then again, doomsayers like Malthus and Paul Erhlich all thought we’d never be able to feed 7 billion people in the world, and now we feed 8 billion with plenty of capacity for more. Organizations like CGIAR have their place—the research they do is critical in many ways. But the world isn’t going to deal with coming worldwide crises until they are actually upon us.

And when the crises are upon us, the world does a pretty good job—even the communists, who rely on stolen tech from the capitalists—rising up to meet them.