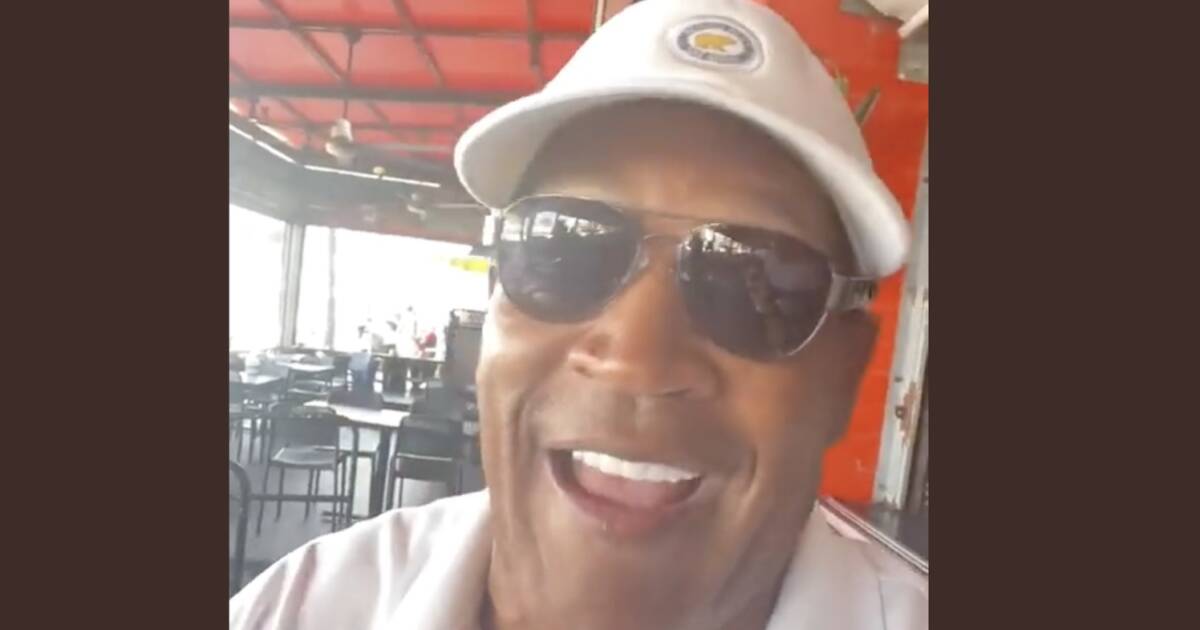 O.J. Simpson decided to share his thoughts on the viral slap heard ’round the world —and maybe he shouldn’t have.

According to Fox News, “the former football star and actor, acquitted murder defendant and convicted armed robber took to Twitter on Monday to share his thoughts on the controversy.”

“Simpson revealed he’s currently in Delaware and has been surprised that more people have stopped him to ask his opinion on Smith’s slap instead of the recent modifications to the NFL’s overtime rules.”

“Hey look, it was unfortunate. I think Will was wrong,” Simpson said in a message accompanying a Twitter video.

“Look, I understood the feeling. In my life, I’ve been through a lot of crap. I was raising two young kids and every comedian in the country had O.J. routines and don’t think I wouldn’t want to B-slap a couple of those guys, but you’ve got to accept it’s human,” Simpson, 74, said.

“I didn’t think it was all that egregious. I thought it was a semi-unfunny joke, but I don’t know. I don’t get it. I know this, after what happened to me in Las Vegas if I would have done that in front of a billion people watching around the world they would have given me life without. I’m just saying. Hey take care,” Simpson concluded.

O.J Simpson was acquitted in 1994 for the murder of his wife and her friend.

Watch the strange video below: