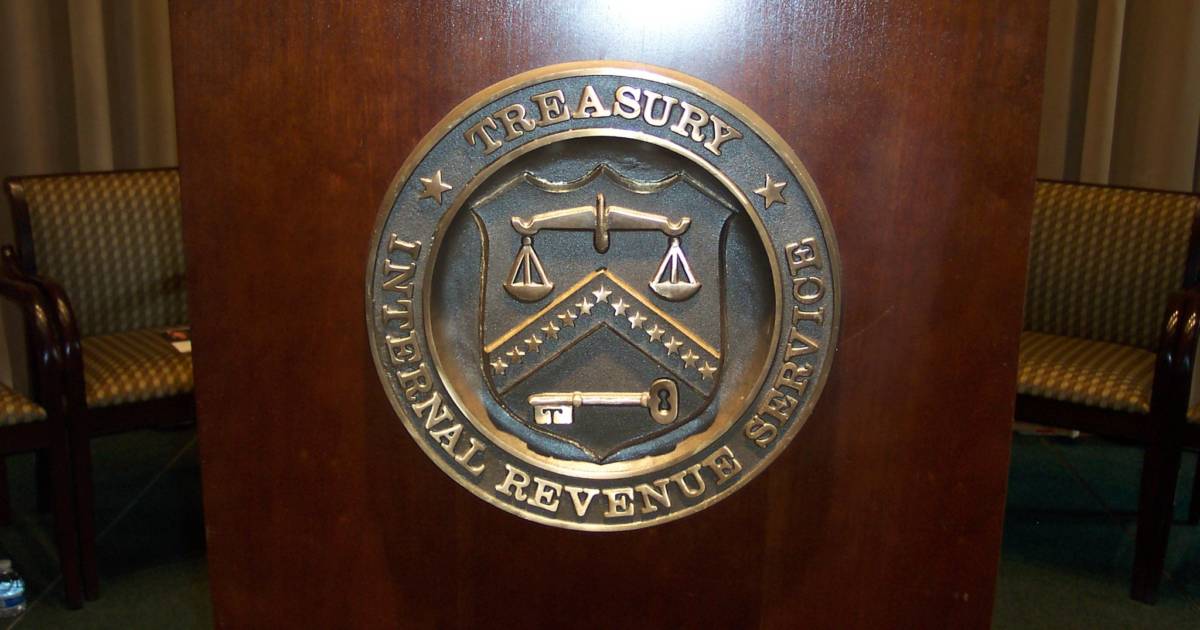 The independent journalism organization ProPublica got its hands on some juicy tax returns for the richest men in the world. The “Secret IRS Files” article claims ProPublica “has obtained a vast trove of Internal Revenue Service data on the tax returns of thousands of the nation’s wealthiest people, covering more than 15 years.”

The crux of their reporting hangs on the fact that Bezos, Gates, Zuckerberg, Murdoch, and Buffet pay very little taxes, percentage-wise, based on their enormous wealth. Well tie me down and tickle me ‘till it hurts if I didn’t already know that. Everyone knows it.

Poll after poll after poll (after poll) yields the same result. People who aren’t rich know that the rich don’t pay enough taxes. In fact, most people these days would love to slap a “wealth tax” on the truly rich, except the ones who realize a wealth tax is unconstitutional (the Fifth Amendment restrains the government from “taking” property), and also a license for our government to nationalize literally everything. In short, a wealth tax is the ticket to full-stop socialism. It won’t fly, but it’s a nice fantasy for the hoi polloi—the kind of satisfying thing like seeing a Bentley broken down on a rural road where there’s no cell service, what we used to call a “small victory” in my growing up years.

Indulging this fantasy is what ProPublica has offered as justification for its flouting of every privacy law and a stunningly tremendous breach of journalistic ethics.

Our publication of this tax data comes at a possibly pivotal moment in America’s long, often contentious debate about the fairness of our tax system. The Biden administration has proposed raising a number of taxes to pay for additional trillions of dollars in government spending. So far, the conversation in Washington has been dominated by an issue long seen as central on Capitol Hill: whether to increase the top tax rate from its current level of 37% by a few percentage points. Such a change, as our story shows, would touch the richest hardly at all.

Of course, the Treasury Department would take a keen interest on where this illegal trove originated and how it got into the hands of ProPublica. They claim they don’t know the source, because they have long set up “whistleblower” systems for anonymous data dumps. But they also claim they’re certain the information is genuine. In truth, they really don’t care if the data came from Russia, or from someone in the IRS, or from a hacker. Not a care in the world that a judge would slap a contempt of court order on them, because they can just shrug and say “I dunno.”

We have considered the possibility that information we have received could have come from a state actor hostile to American interests. In particular, a number of government agencies were compromised last year by what the U.S. has said were Russian hackers who exploited vulnerabilities in software sold by SolarWinds, a Texas-based information technology company. We do note, however, that the Treasury Department’s inspector general for tax administration wrote in December that, “At this time, there is no evidence that any taxpayer information was exposed” in the SolarWinds hack.

Yet, a crime has certainly been committed. Someone needs to go to jail.

The Internal Revenue Service takes its cyber security very seriously. Unlike most reporters who smugly write fantasy fulfillment rage rags about things of which they know nothing, I am intimately familiar with some of the lengths the IRS will go to maintain the confidentiality of Federal Tax Information, known as FTI. They come into a facility that handles FTI and take a microscope with them. Nothing is left unexamined, and no procedure is left alone.

There’s a very well known security guideline called IRS Pub 1075. It’s 154 pages long, and it details the tip of the iceberg in protecting tax information. From how to encrypt data, to how to shred paper—it’s all in there. Turn with me to page 135, titled “Exhibit 4 Sanctions for Unauthorized Disclosure.” Here it is, in full:

(1)  FEDERAL EMPLOYEES AND OTHER PERSONS – It shall be unlawful for any officer or employee of the United States or any person described in section 6103(n) (or an officer or employee of any such person), or any former officer or employee, willfully to disclose to any person, except as authorized in this title, any return or return information [as defined in section 6103(b)]. Any violation of this paragraph shall be a felony punishable upon conviction by a fine in any amount not exceeding $5,000, or imprisonment of not more than 5 years, or both, together with the costs of prosecution, and if such offense is committed by any officer or employee of the United States, he shall, in addition to any other punishment, be dismissed from office or discharged from employment upon conviction for such offense.

(3)  OTHER PERSONS – It shall be unlawful for any person to whom any return or return information [as defined in section 6103(b)] is disclosed in an manner unauthorized by this title thereafter willfully to print or publish in any manner not provided by law any such return or return information. Any violation of this paragraph shall be a felony punishable by a fine in any amount not exceeding $5,000, or imprisonment of not more than 5 years, or both, together with the cost of prosecution.

(4)  SOLICITATION – It shall be unlawful for any person willfully to offer any item of material value in exchange for any return or return information [as defined in 6103(b)] and to receive as a result of such solicitation any such return or return information. Any violation of this paragraph shall be a felony punishable by a fine in any amount not exceeding $5,000, or imprisonment of not more than 5 years, or both, together with the cost of prosecution.

(5)  SHAREHOLDERS – It shall be unlawful for any person to whom return or return information [as defined in 6103(b) ] is disclosed pursuant to the provisions of 6103(e)(1)(D)(iii) willfully to disclose such return or return information in any manner not provided by law. Any violation of this paragraph shall be a felony punishable by a fine in any amount not exceeding $5,000, or imprisonment of not more than 5 years, or both, together with the cost of prosecution.

Clearly, the editors and publisher of ProPublica realize they can be prosecuted for publishing the tax returns of the ultra wealthy. They are counting on the fact that major newspapers and media are picking this up, in the “you can’t jail us all” defense. They are counting on the friendly relations the media has with the Biden administration to keep the prosecutors away.

Someone, however, on the inside may have broken the law if they got this data and provided it to ProPublica. It’s not as easy as you think to do that. You can’t just search for “Bezos, Jeff” and have his return show up. The IRS has systems where the returns of public figures (and the ultra wealthy qualify) are tagged and earmarked for special security. Even searching for “Bezos” in an authorized IRS system will get you noticed immediately.

Rank and file IRS employees would not even think of trying to pull off what ProPublica has in their possession. They’d never make it out the door. The printouts would be halted before a page even hit the printer. They’d never get a single file onto a thumb drive. It’s just not going to happen that way.

So either someone with elevated access—a system administrator—or a high level IRS employee who can circumvent the restrictions, got the data and sent it to ProPublica. If that happened, there are supposed to be logs, checks and balances for investigators to find the footprints. Even Edward Snowden, who had just about unlimited access to certain compartmentalized NSA programs, got found out pretty quickly once the data was extracted.

Another possibility is that the IRS database is so infiltrated by a foreign actor that everything in it is suspect to having been extracted. If that’s not troubling enough to lose sleep over, I don’t know what is.

I happen to think it’s the former case, not the latter. Our government’s cyber sleuths, dealing with core data like compartmentalized, tagged, FTI of public figures, are very good at their jobs. I believe that this data is more unlikely to have been harvested by a hacker or foreign actor than it was purposely stolen as in inside job.

This means there’s a “mole” in the IRS who, for money, or fame, or sex, or out of some misplaced fidelity to socialist fantasies, exfiltrated this data illegally, and dumped it in ProPublica’s secure anonymous file.

If President Biden’s Department of Justice, and the very competent U.S. Treasury agents refuse to investigate this until the mole is found and prosecuted, we’ve got ourselves a scandal.

Furthermore, the ultra-rich should sue to force the government to uncover the mole. From page 137 of Pub 1075, Exhibit 5 Civil Damages for Unauthorized Disclosure:

(1)  Inspection or Disclosure by employee of United States

If any person who is not an officer or employee of the United States knowingly, or by reason of negligence, inspects or discloses any return or return information with respect to a taxpayer in violation of any provision of section 6103 or in violation of section 6104 (c), such taxpayer may bring a civil action for damages against such person in a district court of the United States.

Zuckerberg, Gates, Bezos, et. al, should sue the living daylights out of ProPublica (a possibility for which I’m sure they have well prepared). They should sue the IRS, and force the organization to produce the mole. That puts the IRS in the position of admitting they don’t know how the data was disclosed, which in itself paints them as incompetent boobs, or producing someone who will be destroyed in court.

If this disclosure was known at a high enough level, or even now the IRS has evidence it happened, the ultra-rich have a right to know who betrayed their confidentiality, and who broke the law. They have a right to recover damages.

I have one more thing to add here. President Biden’s budget would add nearly 87,000 workers to the IRS, mostly to catch tax cheats. The agency would be beefed up with $80 billion in additional funding under Biden’s plan. To put that in perspective, it’s over 13% of the entire defense budget. It would bring the IRS’s budget to 56% of the U.S. Air Force’s budget, at over $93 billion.

Do we really want to turn the IRS into some paramilitary tax Gestapo, with tens of thousands of agents out there to catch your improper deduction for sleep aids, or that you forgot to include your GameStop profits in your quarterly prepayment voucher, while others in the agency give the ultra-rich’s returns to the media so they can indulge in wealth tax fan fiction?

Someone needs to go to jail, and the sooner the better.