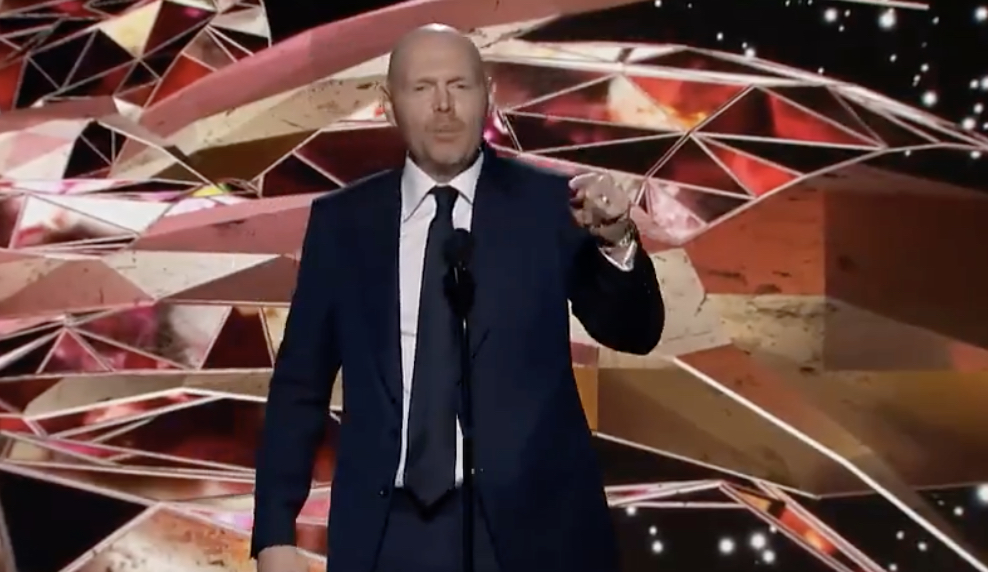 Woke liberals and the Left are going crazy today as the result of something comedian Bill Burr said during Sunday’s Grammy Awards.

The antagonistic comic dared to make a joke about gender, and now he’s in the crosshairs of the “tolerant” crowd.

“The feminists are going nuts,” Burr said regarding him announcing Grammy winners, especial those in the Latin music categories, where he struggled to pronounce the names. He then mocked what those exact feminists were going to say: “‘Why is the cis-white male doing all this Latino stuff?'” he said, using a mocking tone.

Here’s what he said:

And just as he predicted, the Left and the woke feminists lost it!

But not everyone hated it:

What do you think?