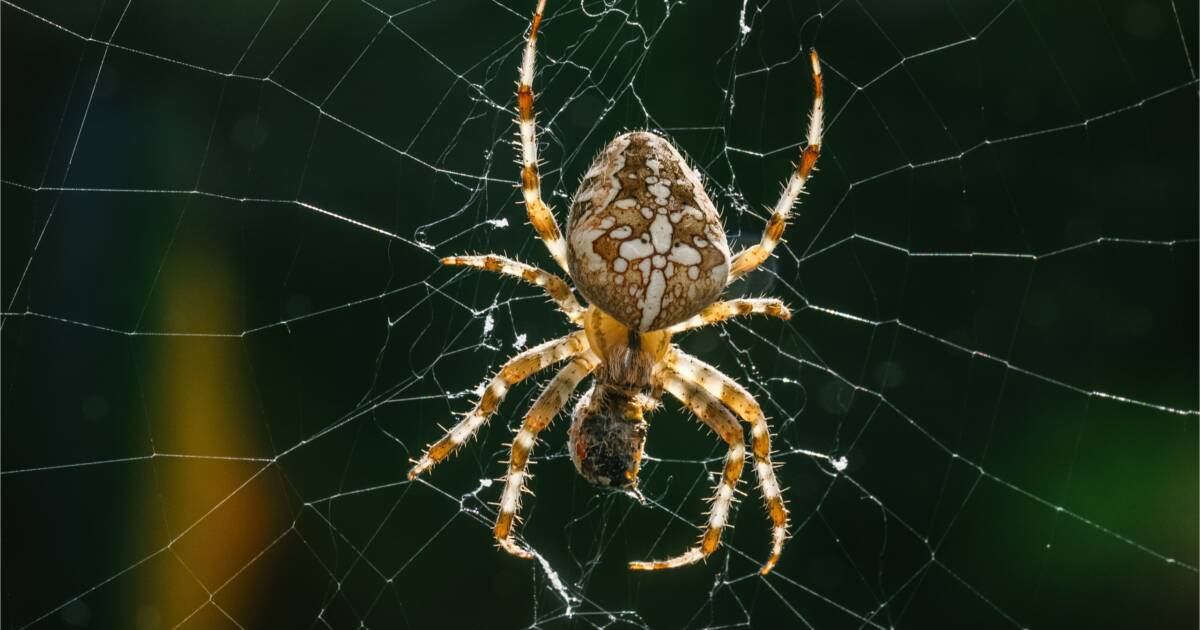 Kill it, kill it with fire. This is what you do when your house is overrun with these nasties, building their webs, laying their egg sacks inside the walls, and producing thousands of baby spiders to repeat the process.

Apropos of nothing really, northeast Georgia has been invaded by an uninvited foreign visitor. The Japanese—or East Asian—Joro spider has taken over back yards all over the Atlanta area, east through Athens. The picture above is not one of them, but you can find out all about them here at UGA Today. We have several in my yard. They’re pretty, in a horrifying way.

So fortunately, the burning question in my mind, along with half the neighborhood, was asked and answered by director of the Georgia Museum of Natural History, Byron Freeman.

“Should you try to get rid of them?” said Freeman. “You can, but at this point, they’re here to stay.”

Still, if they infest my house, I’m going to get out a can of hairspray and a Bic lighter. Just saying.

That was a good place to pivot to the GOP. It too has been invaded by a foreign visitor. And it has been, I’m afraid, irretrievably infested beyond the ability of the host to function or rid itself of the infestation.

Before you get out the pitchforks and the “burn Steve in effigy kit,” I’m not really talking about Donald Trump, or for those who refuse to utter his name as if he’s Voldemort, TFG. Trump was a symptom, or rather the outworking of the infestation. He was the first egg sack, and he was broomed away like we might do with the first Joro spider spotted happily spinning a web in the garage. But then there are hundreds more and they can’t be swept out anymore.

Trump was indeed a Black Swan event. I wrote back in 2015 (alas, The Resurgent is gone, so no link), “Trump is a unique personality that cuts through American culture like a chainsaw—rough, noisy, and with lots of flying pieces.” I enumerated his assets: Incredible name recognition, money—or at least the perception of money and the ability to raise money, hatred and suspicion of the government.

The other main line conservative candidates don’t hate the government. They are in the government. Governors, senators, congressmen, all partake in the Kabuki dance of lawmaking. They all know how the sausage is made and pretend that it’s not ugly and filled with pig guts.

“Republican candidates shouldn’t be so quick to ignore and marginalize Trump,” I warned at the start of his campaign. I wish I had not been so right.

Shortly after Trump’s rise to the top in 2015-16, I warned again: “GOP, it’s time to grow up and look down into the grave that the Whigs fell into before our party goes the way of the Know-Nothings.” To quote Carole King: “One of us is changing, or maybe we just stopped trying.”

Trump, removed from Twitter and Facebook, with a failed blog/social media effort, still manages to get his message out to followers. Now, it’s a clear “don’t vote.” Trump intends (I think?) to have all his candidates lose, then claim all those elections were rigged. It’s a questionable strategy, bordering on lunacy, and on the lunatic side of the border.

I suppose after this massive wave of falling on swords, Trump has some delusion of fifty January 6th events all over the nation, while his supporters are literally declared outlaws (because they would be, perhaps?) and removed from the military, and all other places of political or social power. Then, gathering their strength, they’ll “take back America” through some violent miracle, with Napoleon-cum-Trump leading from the rear. The glory!

Listen, this is almost literally what happened, electorally speaking, in 2016. It was that, minus the violence and gunplay.

People are really, seriously worried that Trump will not only take the 2024 Republican nomination, but he’ll also win. It’s true, if somehow, events were frozen in stasis, while time continued, and we woke up on election day 2024, Trump would win against Biden.

Let me then come to the fairly terrible news. America’s chances of really staving off fascist collapse were always low — and what’s happening right now is that you’re seeing, the hard way, exactly why and how. Translation: At this rate, yes, Trump is going to win again.

Even conservatives worry about this, though I don’t think they’re specifically worried about Trump himself. They are worried about the spider problem, and the egg sacks laid all over the GOP, full of mini-Trumps, Trumpists, and folks like Josh Mandel and J.D. Vance, who have succumbed to the zombie-like affliction where the primary symptom is that winning elections is more important than the principles we’re supposed to be running for.

Really, that’s the infestation that has destroyed the Republican Party. Trump was the embodiment of that worldview, and now it has become the entire premise of the GOP. It has so thoroughly corrupted the party, that the Democrats look positively rock-ribbed in principled leadership by comparison.

David French joined Jonah Goldberg over at The Dispatch calling for a third party—a conservative party. French, in 2016, flirted with an independent run, but ultimately, Evan McMullin became the non-Trump, non-Hillary protest vote. I voted for McMullin in 2016. Though he had no chance of winning, I later felt an oozy shame for casting a vote for someone whose only qualification for office was not being either Trump or Clinton. That’s no way to vote.

By 2020, I had realized the GOP is ready for death, having been taken over by Trump’s money mafia and obsession with winning at all costs. The GOP platform no longer existed except as “what Trump says.” That’s a cult of personality, not a party. Now, the anti-Trump (anti-GOP) forces are saying we should support Democrats simply by dint of the fact that at least Democrats can win, and keep Republicans out of office. To me, this is no better, and almost certainly worse, than voting for McMullin in 2016. It’s voting against, not for.

The GOP is not dead, but it needs to die. We conservatives, and those of us who don’t have a pecuniary interest in keeping the political machine running, need to kill it.

Georgia Lt. Governor Geoff Duncan penned an entire book on the premise of GOP 2.0. I am reading the book, but honestly, it’s been slow going, not the compelling read that would incite me to charge Mar a Lago with a water pistol (aim for the hair!). I know that Duncan displayed courage speaking against his own party and president. I know that Brad Raffensperger grew a steel spine against Trump’s direct onslaughts. But I have trouble seeing how these disaffected Republicans can wield enough brooms to sweep the webs, spiders and egg sacks away from the heart of the GOP. It’s going to take a case of hairspray and a gross of lighters.

The GOP can’t be corrected or gutted from the inside. The Democrats have no desire to see it reformed, they only want unlimited power. I am beginning to believe that the only way to see the GOP cleansed is to see it immolated from outside.

As Michael Brendan Dougherty wrote in National Review, a conservative third party must not be a “punishment party,” a la McMullin, a way to record a protest vote.

What the conservative Never Trumpers need is not a third party as a tool of punishment; what they need is a compelling candidate whose success changes the tenor and character of the party they lead.

Not a personality, though it helps to have someone who can orate his or her way out of a paper bag. Not pure charisma, though a charismatic candidate is necessary. The candidate should represent real ideas, not prescriptive pejoratives and benighted ahistorical fables woven from half truths and outright lies. The conservative party, instead of taking up a sword against Quixotic windmills, should wield the truth, period.

Will that candidate win? The presidency? The odds are the slimmest possible to imagine. Any other position? Why not? Building a new party is not something done on a whim, but only when the party that had in the past been home to the conservative worldview has committed itself to death and infestation.

Honestly, I believed in 2020 that my vote for Trump was one to hasten the death of the GOP. I had no idea Trump would lose, then murder his own party in a vengeful rage. The GOP will not survive it, not as anything I would want to vote for, or to have in power at the national level. Like a chicken with its head removed, the state and local parties will for a while run around aimlessly while the neck bleeds out. Then they too will quiver and die.

It’s not merciful, or humane, to watch something suffer like this. Better to kill it, if we’re talking about our friends and neighbors in political positions or who make a living as consultants, so those friends can have a new place to make a livelihood.

But from the other perspective, the one where the party is a house infested with invading spiders, I don’t much care about mercy. I say kill it, kill it with fire. Bring on a third party, and if it’s something worthy of my vote, I’m in.