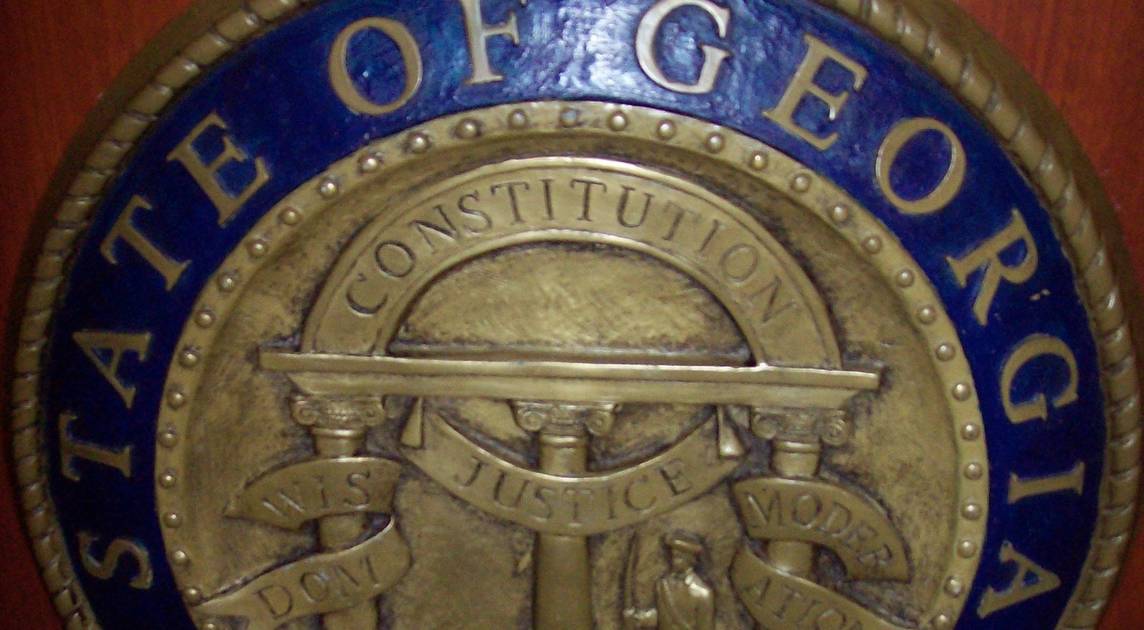 The worst thing in S.B. 202, the Georgia election overhaul that Governor Brian Kemp signed into law Thursday, is that nobody standing in a long line to vote can be given any food or drink.

(a) No person shall solicit votes in any manner or by any means or method, nor shall any person distribute or display any campaign material, nor shall any person give, offer to give, or participate in the giving of any money or gifts, including, but not limited to, food and drink, to an elector…

The new law avoids the worst elements of the original draft that passed the House: No-excuse absentee voting by mail is still allowed, and weekend voting hours were not restricted. In fact, counties are now required to offer two Saturday voting days and two optional Sunday voting days statewide. The hours of weekday early voting are now set at 9:00 a.m. to 5:00 p.m., instead of the slippery “normal business hours” language that it replaced. Sunday voting is at the discretion of the county, but no longer than 7:00 a.m. to 7:00 p.m.

Counties are now required to report the hours of early voting at least 14 days prior to the beginning of advance voting in general, primary, or special elections, and dseven days for run-off elections. Reporting must be done on the home page of the county’s website, or if the county has no website, in a newspaper of general circulation. The number of people who received absentee ballots, and the number of ballots returned, including the number of rejected ballots, must be published (either to the Secretary of State, or on the county’s website) by 10 a.m. each day during the absentee voting period. The same with the number of people who early voted.

These are all good changes.

More: Absentee ballots are now required to have the date and hour received on the ballot’s security envelope. Instead of signatures, clerks now compare a Georgia driver license number, or state identification card number (or last four digits of social security number if there is no other identification), and date of birth on the envelope with the voter registration record.

Voters are now required to register using some kind of state-issued ID or at least an SSN. If none is given, the ballot is considered provisional. There is also now a procedure for dealing with ballots received too late.

(i) In any way interfering with the processing or scanning of absentee ballots or the conduct of the election;

(ii) Using or bringing into the room any photographic or other electronic monitoring  or recording devices, cellular telephones, or computers;

(iii) Engaging in any form of campaigning or campaign activity;

(iv) Taking any action that endangers the secrecy and security of the ballots;

(vi) Tallying, tabulating, estimating, or attempting to tally, tabulate, or estimate, whether partial or otherwise, any of the votes on the absentee ballots cast; and

(vii) Communicating any information that they see while monitoring the processing and scanning of the absentee ballots, whether intentionally or inadvertently, about any ballot, vote, or selection to anyone other than an election official who needs such information to lawfully carry out his or her official duties.

Absentee ballots can now be tabulated beginning at 7:00 a.m. on Election Day, instead of waiting for polls to close. Nothing, however, will be reported or disclosed until after the polls close (7:00 p.m., according to the law). Overseas and military ballots now have a new feature, ranking of candidates, so that in a runoff, there is no need to wait nine weeks for new ballots to be sent and returned.

Georgia has 159 counties; some are enormous and populous like Fulton County, and some, like Taliaferro County, can send every man, woman and child to watch the Braves play at Truist Park, with seats left over. The new law prohibits county election superintendents from accepting funding, grants, or gifts from any source other than the county government, the state, or the federal government.

Precincts that have lines on Election Day longer than one hour will be required to add more voting equipment, or poll workers, or split the precinct to reduce the lines. Drop boxes are now limited in number (one for every 100,000 voters, or one for every advanced voting location in a county), and in location. Drop boxes need to be manned or under surveillance by an election official or law enforcement.

The Secretary of State can no longer enter into consent orders without informing the legislature. The Secretary of State is also locked out of the command chain for emergency orders. There will be no more unilateral decisions to send every voter in the state an absentee ballot application, or to move dates of primaries or runoff elections. These are now reserved to the board, the Governor, and legislative leaders.

The state Attorney General now has the authority to set up a hotline for voters to report irregularities or any other problems. The State Election Board and the legislature have the power to investigate these claims (or any other claims they learn of), and take emergency measures to rectify the situation. They can suspend a county or municipal election superintendent and replace that person with an individual of their choosing. Section 6 says:

(f) After following the procedures set forth in Code Section 21-2-33.2, the State Election Board may suspend county or municipal superintendents and appoint an individual to serve as the temporary superintendent in a jurisdiction. Such individual shall exercise all the powers and duties of a superintendent as provided by law, including the authority to make all personnel decisions related to any employees of the jurisdiction who assist with carrying out the duties of the superintendent, including, but not limited to, the director of elections, the election supervisor, and all poll officers.

(g) At no time shall the State Election Board suspend more than four county or municipal superintendents pursuant to subsection (f) of this Code section.

It forces voters to register with state-issued identification, or with a federal taxpayer identification number. It makes early voting more convenient, but Election Day voting less convenient, if lines are long. Mobile poll locations, such as the two operated by Fulton County, are limited to emergency use only (and emergencies are subject to the board, which is subject to the legislature, upon pain of removal).

Democrats will (rightly) see this as a tilt toward a Republican-dominated legislature in a red state. They will see it as playing against Black voters and other minorities. They will see it as making life easier for rural, white Georgians to vote, with tighter cycles and runoff elections, while requiring hoops for minority voters to vote by mail.

The ads for the next two years and beyond write themselves. Democrats are going to howl that this new law is voter suppression personified, and the first time an election official is investigated and removed, they will explode in cries of “racism!” If Democrats win the Secretary of State race, the position will have just a shadow of its former power to shape election policy.

The legislation is good law, but it could backfire on Republicans and become very bad politics. If Democrats start winning legislature seats at the state level, this very law that gives so much control to the legislature, might turn against the Republicans who passed it.

At first, I was scared that the law went too far. Reading it, I think it was needed. Election law should be crafted with the assumption that both parties will cheat like a card sharp if given enough opportunity. The law limits the opportunities to cheat, but it opens a can of worms in the solutions it offers if corruption or incompetence is found.

Naturally, we will have to wait and see how this plays out. However that is, know that liberals around the world are going to hail it as the last act of Donald Trump’s reign in Washington. It has already started. Marketwatch reports:

“We are witnessing right now a massive and unabashed assault on voting rights unlike anything we’ve seen since the Jim Crow era,” Butler added.

You know they’re serious when they invoke Jim Crow. So far, Georgia-headquartered corporations and movie studios with huge investments in the state have remained mainly mum. If you hear them start to rumble, you know the Democrats have gained leverage. Time will tell.