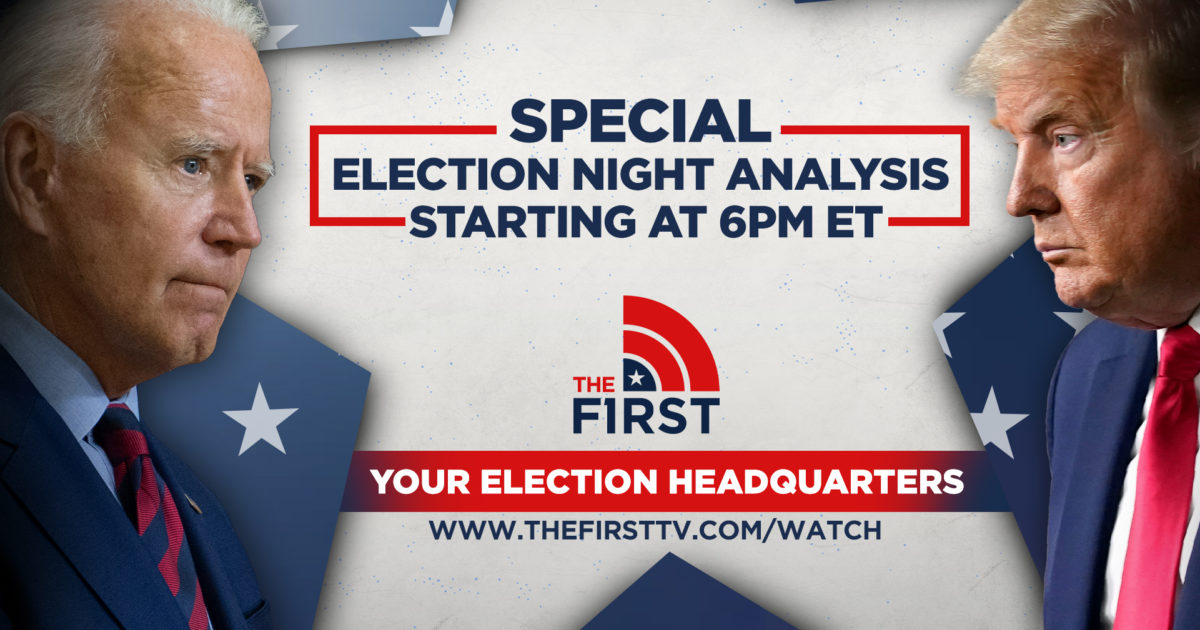 Buck Sexton and Jesse Kelly will co-anchor The First’s live coverage, with special guests including Bill O’Reilly and Dana Loesch providing commentary throughout the evening.

The First’s election team will provide viewers with a guide to the trends and benchmarks to look for as the votes are counted and the results of this historic election take shape.

The First reaches over 28 million Americans per month, and is available on Pluto TV, Stirr, and Vizio, as well as through The First app on Roku, Amazon Fire TV, Apple TV, iOS, and Android.

The First is a new digital network for conservatives that reaches over 28 million Americans per month across all of its platforms, including streaming TV, social media, and its native app. The First produces over 45 hours of original content each week and offers 24/7 live linear streaming free-to-consumer. With over 200 million impressions of its content on a monthly basis, The First targets younger viewers and conservative audiences often overlooked by mainstream media. Hosts on the network include Bill O’Reilly, Dana Loesch, Buck Sexton, Jesse Kelly, and Mike Slater.

The First debuted on Pluto TV in October 2019 and distribution now includes DistroTV, STIRR, YouTube, Facebook, and The First’s mobile and connected TV apps. The First can be found on Web, Facebook, Twitter, and Instagram and its app is available for iOS, Android, Apple TV, Amazon Fire TV, and Roku.