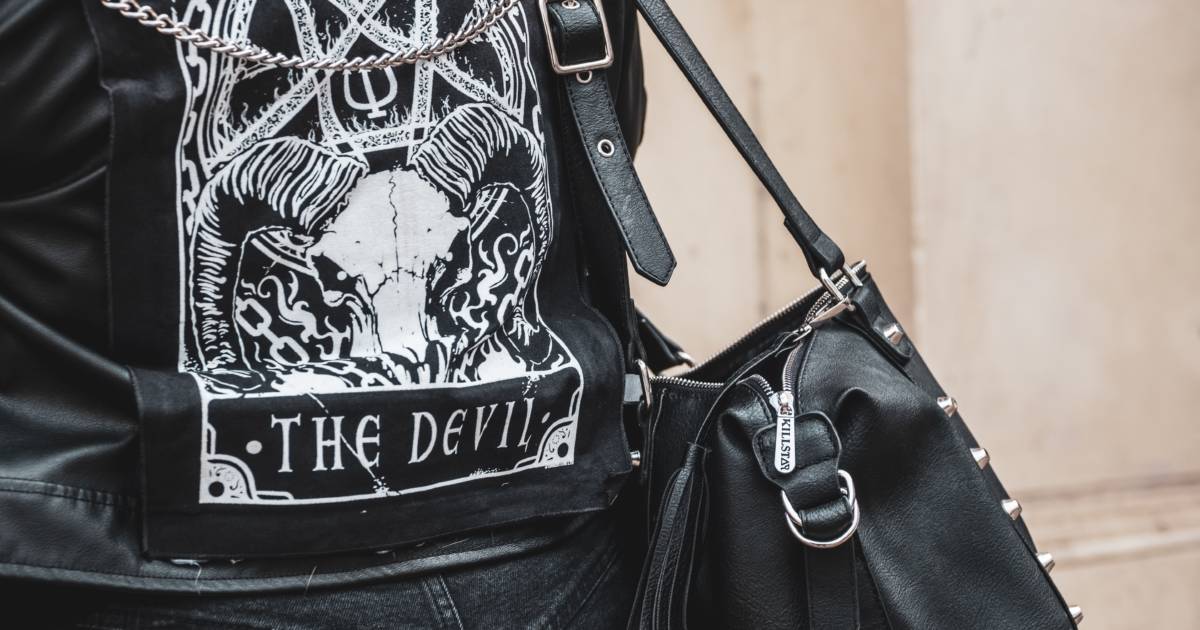 If you’re over 40, you probably remember the recurring Dana Carvey Saturday Night Live bit called “Church Lady.” For Church Lady, every question leads to just one answer: Satan. The devil is responsible for everything.

We laugh, but many evangelical Christians in America would agree with that sentiment. Whenever something challenging to their own beliefs, or that would sully the reputation of their preferred organizations and even their friends, comes up, it’s got to be the work of the devil.

This is a convenient throwaway—we can’t fight the devil at his own game, so we just have to trust God and move on, they tell us. Repeatedly, this argumentum ad diabolus, a kind of reverse of the appeal to authority logical fallacy, has surfaced in so many places, like some kind of virus skin eruption on the body of Christ.

I’ll give some real life examples.

The first one is a pastor and a missionary. I can’t use either of their names, and I certainly don’t want to harm either of them. But the pastor was one of those who believes the coronavirus vaccine is a tool of the devil. He recorded a video, not unlike so many others, for his flock, imploring them to not get vaccinated, because that’s part of the world system, and against true believers.

This is one of the pastors who undoubtedly believes everything in the “Plandemic” video that went viral last year. We’ve all heard about the conspiracies: Bill Gates is using the virus to inject us with nanotech, the Mark of the Beast. There’s one that Israeli courts are considering a Nuremberg Code violation for using the vaccine experimentally. This one was inserted into a lawsuit by employees against a health provider that required them to get vaccinated to keep their jobs. The suit was thrown out.

The pastor, upon learning the missionary and his family had been vaccinated, wrote how it made him “sick” to hear that. The missionary, who has known the pastor for many years and enjoyed his church’s support, responded with a rather long and kind letter, reminding the pastor to hew to the Gospel and evangelism, versus fighting the culture war and conspiracy.

In the video to his flock, the pastor instructed them to not take a second injection if they received the first, and if their employer requires them to be fully vaccinated, to leave their jobs.

At the heart of the fallacy being thrown around our churches dealing with the virus is a logical faulty analogy. It’s like comparing people who are addicted to morning coffee to functional alcoholics, or gun registration to Nazis registering Jews. The use of propaganda in one regime (which Democrats, as well as Republicans, make liberal use of), and the use of really bad messaging in the medical administrative apparatus (Fauci) doesn’t mean there’s some Big Lie that hides behind their words. But those who want to believe there’s a Big Lie will point to Satan as the source.

Sure, the devil is the father of all lies, according to the Bible. But that doesn’t mean when your two year-old is caught with a cookie and lies about it, that Satan has incited that lie. Sin is a human condition. The devil doesn’t need to incite us to it—humans are very good at inciting ourselves. Temptation comes from the flesh. The devil is as a roaring lion, meaning he’s an opportunist. He will let us sin, then execute a trap.

Believing that everything is a conspiracy of the devil is a great way to lose any discernment for what is true, what is good, what is God, and what is really the devil.

The pastor went on in the letter exchange telling the missionary “I did not decide to take the vaccine based on what any science had to say. It was based totally on listening and obeying” God. The pastor admitted he knew better from medical training. He simply believed the vaccine was a work of Satan (see David Thornton’s travel piece from Sunday for some perspective on this).

As a result of the back-and-forth, the pastor withdrew financial support from the missionary. In his response, the pastor accused the missionary of believing “propaganda.” In the end, the pastor fell back on the old trope “only God can judge our heart.” This, of course, is not true, as the Bible implores us to judge by fruit. The Bible informs us that the state of the heart is found in the words coming out of the mouth, and that where the treasure is, this is where the heart is also.

This pastor has fallen for the cultural war, to fight “a very obvious agenda to cause fear in people so they can then be controlled.” Maybe the post-Christian progressive left is engaged in that battle. But God would not have us fight it. We need not fear, and we need not fear taking a shot to prevent us from getting sick or spreading a dread disease. If this was measles or smallpox, I suspect the pastor would not be so firm in his position.

But it’s easy to blame the devil and move on.

I’ve written about the SBC in my long-winded faith journey. Their Nashville meeting this week is shaping up to be quite a spectacle. David French covered this Sunday in his newsletter for The Dispatch.

Here’s what the general counsel of the SBC, Augie Boto, wrote in an email opposing a more centralized control over issues like sexual abuse in the denomination. French cited this as published in the website Baptist Voices.

This whole thing should be seen for what it is. It is a satanic scheme to completely distract us from evangelism. It is not the gospel. It is not even a part of the gospel. It is a misdirection play. Yes, Christa Brown and Rachael Denhollander have succumbed to an availability heuristic because of their victimizations. They have gone to the SBC looking for sexual abuse, and of course, they found it. Their outcries have certainly caused an availability cascade (just like Lois Gibbs did in the Love Canal example). But they are not to blame. This is the devil being temporarily successful.

There might be a valid argument for the SBC not having to change its decentralized denominational structure to fight sexual abuse, but attacking those who exposed the problem as being tools of the devil is a terrible excuse for it.

Satan is not going around hijacking women of high character and fearless disposition into going “looking for sexual abuse” as if it’s everywhere, and then acting like it’s a witch hunt when it’s found. Christians are called to a higher discipline and trust.

When a pastor falls, the church leadership, and the denominational leaders, owe it to God, not to “the base” of their adherents, to do the right thing. That sometimes means removing people from powerful positions. It sometimes means considering the inconvenient truths exposed about their friends.

French also quoted a Religion News Service story detailing the reaction of the SBC Executive Committee. Ronnie Floyd, president of that body, was recorded at a meeting in 2019 saying:

“As you think through strategy — and I am not concerned about anything survivors can say,” Floyd says in the recording, taken during a meeting to debrief the Caring Well Conference, held to address the handling of sexual abuse allegations within the SBC. “OK. I am not worried about that. I’m thinking the base. I just want to preserve the base.”

I got news for the Southern Baptist Convention: They are losing their base. People are departing the SBC at a record pace. It’s not because they think the SBC is too liberal, or too easy on proponents of Critical Race Theory (it’s debatable if they are). It’s because the Gospel and the standards they preach, and the Biblical life they promote, is not the same standard and life they live in their little enclaves.

The SBC’s leaders are behaving no better than Anthony Fauci—worried about how their message will be received. But at least Fauci didn’t stoop to blaming Satan for his failure.

The Elect and the election

Whether you believe that Kenneth Copeland is a force for the Gospel or a farce, the man is a Texas institution. Copeland was one of the evangelists proclaiming that the devil is trying to steal the 2020 election. Quoting from Newsweek:

Copeland said: “That is when the devil found out he better get busy. He knew it that day that this is going to happen right now because he knows the beginning from the end and we win.”

I could go on and on with this. Many pastors repented from their Trump support after January 6th. Some didn’t.

The message here is that politics and Christianity are a poor mix. People in a democratic society will get the leaders they elect. Elections have consequences, but God’s people are not to be concerned with the temporal arguments of politicians. We are to be focused on souls, helping the poor and the widows, healing the sick, and cultivating the fruit of the Holy Spirit.

Let me quote a large portion of scripture, Galatians 5:13-23.

13 You, my brothers and sisters, were called to be free. But do not use your freedom to indulge the flesh; rather, serve one another humbly in love. 14 For the entire law is fulfilled in keeping this one command: “Love your neighbor as yourself.” 15 If you bite and devour each other, watch out or you will be destroyed by each other.

22 But the fruit of the Spirit is love, joy, peace, forbearance, kindness, goodness, faithfulness, 23 gentleness and self-control. Against such things there is no law. 24 Those who belong to Christ Jesus have crucified the flesh with its passions and desires. 25 Since we live by the Spirit, let us keep in step with the Spirit. 26 Let us not become conceited, provoking and envying each other.

Notice that Satan is not mentioned in this passage. Those who belong to Christ Jesus have not crucified Satan; we have crucified the flesh. Blaming Satan for what is clearly our own fault is dishonest. It’s making excuses for our own sin, which the Bible says we are to remove at all costs. Better to enter heaven with only one eye than to perish in Hell with both.

The flesh desires to believe dark conspiracies and blame them on the devil. I know the devil is busy, but he’s not that busy. If we continue in sin and blame him for it, he barely has to work at all.