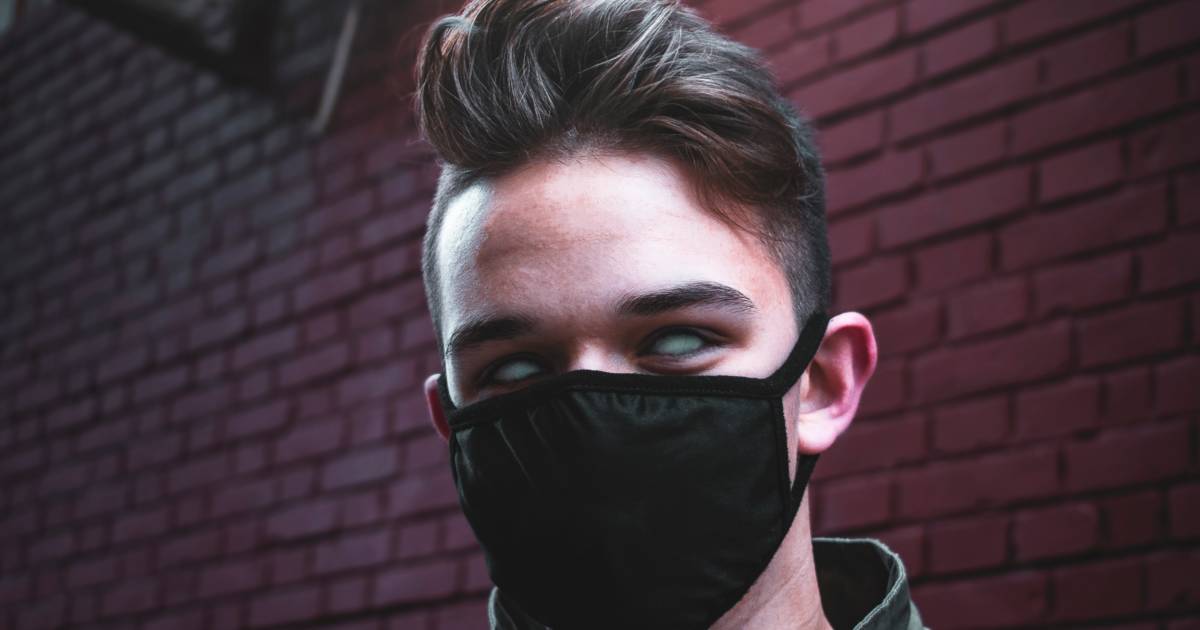 Have you ever heard of the Capgras delusion? It’s when you go to your doctor, convinced that your close relations have been replaced by identical impostors. It also happens to be the main plot of the 1956 cult classic “Invasion of the Body Snatchers.” The more well-known version was made in 1978 starring Donald Sutherland, Leonard Nimoy as Dr. David Kibner, Brooke Adams, and featuring a very young Jeff Goldblum.

If you’re old enough, remember the iconic scene where Sutherland does the scream? Yeah.

Just so we’re on the same page here, let me explain. There’s a group of people in America, and all over the world, who simply refuse to be vaccinated. They see the us vaccinated folks as the pod people, and themselves as the ones sounding the alarm. We see them as crazy sufferers of the Capgras delusion.

This creates a terrible dilemma, which I can state in one sentence:

A boiling mistrust of the government, big business—big pharma—the “one world” message of universal vaccination, and some weird theology create a terrible mixture of cognitive dissonance. The hospitals in states like Arkansas and Alabama are literally filling up with people who refuse the best cure for the disease they believe is some kind of government hoax to force fear and control, and make them into a pod person under a new body snatcher overlord.

On one hand, we can say, as I’ve heard many times in the comments and online: “Screw-em. Let them die if they are too ignorant to take the cure.” That’s a fine sentiment when you’re talking about someone you don’t know. But when it’s about your own grandma, or parent, it changes the perspective from one of anger to desperation.

In every zombie movie, they show grandma (or some equivalent) having been transformed into a horrible creature, while a protagonist is frozen in shock and horror, only for the hero to blast them into goo in the nick of time, planting a glance of pity—or a pitiless frown—at the camera.

We saw something equivalent in politics back in 2016, when friends, neighbors and political allies suddenly gravitated to Donald Trump in a cultural mitosis, where half the DNA went one way and the other half went into the Trumpist cell. I honestly felt lost between the two cells for the last four years, but now I see that many of the Trump cells are the vaccine holdouts.

The same impulse that drew them to Trump keeps them from taking a cure, and also makes them see the emergency as a false front for something malicious. Unfortunately, there’s just enough actual maliciousness in some of the “keep the emergency forever” people for that mindset to achieve a cohesion, a surface tension, that prevents the bubble from bursting.

I blame an ineffective and divided federal government, between Trump, who had no vision outside of a deus ex-machinaending of a bad movie plot, and Biden, who has tried but failed to create a vision for ending the emergency.

For example, the FDA is still considering the vaccines, which have been administered to 180 million Americans, under an emergency approval. Dr. Erick Topol, a molecular biologist who has served on multiple FDA advisory committees, observed in The New York Times that this failure to grant permanent approval borders on nonsense.

In the history of medicine, few if any biologics (vaccines, antibodies, molecules) have had their safety and efficacy scrutinized to this degree. First, clinical trials showed the vaccines were 95 percent effective at preventing symptomatic illness. Since then, a number of peer-reviewed reports in leading journals have substantiated the vaccines’ safety and efficacy, using data collected in Israel, Qatar, the United Kingdom, the United States and other countries.

Why continue the emergency? Now cities are starting to bring back mask mandates, even places like Los Angeles County, where the vaccination rate has met President Biden’s 70 percent target. This only feeds the belief by vaccine holdouts that the plan isn’t to protect them from a potentially deadly sickness, but to submit them to control and make them one of the pod people.

We need a well-articulated vision and messaging from the federal government, which includes permanent approval for the vaccines, gratitude to the Trump administration for speeding things up through Operation Warp Speed, and an understanding that any mask mandates or other measures done out of fear will be discouraged—that actual data and science will guide.

The CDC’s guidance is a mealy-mouthed bowl of mush loaded with if’s and conditions. My advice is for the government to hire an ad agency and come up with a core message that makes sense and imagery to go along with it.

I’m no Mad Men expert here, but if your state has under 40 percent vaccinated (Georgia has 38 percent), and you’re not vaccinated, you should be told that your chance of contracting COVID-19 from the Delta variant (that’s not what microbiologists actually call it, by the way) is about 40 percent greater than the original SARS-CoV-2 virus.

Ten percent of Georgia residents have previously contracted COVID-19. Some of them might get it twice. There will be some “breakout” cases among the vaccinated because the vaccines aren’t perfectly effective. But the brunt of the sickness will be among the unvaccinated. Eventually, 50 percent or more of them will get sick, and of those, some will die.

In a state like Georgia, 60 percent of the population (less the 10 percent who have had COVID-19 already) has a 50 percent chance of getting COVID-19, far worse than it was a year ago, and of those three to six percent will die. Who in God’s green earth wants to take that chance? Now compare this with the vaccinated, where your chance of contracting the disease is somewhere around 1:10,000, and your chance of dying from it is basically nil.

The number of people who’ve died after taking the vaccine is also somewhere more rare than 1:100,000, and even with those, we can’t say for certain that the vaccine killed them.

Anyone who looks at the numbers can see that it makes sense to get vaccinated versus taking your chances against the virus. But there’s no vision or messaging here. So more and more people become convinced that the pod people are taking over.

We need to end this emergency, and America, the most effective marketers in the history of the universe, has the tools to do it through good messaging.

Listen, we made all of America believe that the Japanese and Germans were evil personified in World War II. We managed to get people so worked up that they were willing to intern 100,000 Japanese Americans, suspending habeas corpus, trashing the entire Bill of Rights, to protect us from a feared fifth column.

During the Cold War, the Red Scare made everyone paranoid that a Communist was behind every street post and under every rock.

Yet today, nobody outside of a single real estate huckster who is out for himself, has the vision or the marketing chops to bring the message to America, that the emergency is in fact over, and freedom is here, if only they would line up to do their patriotic duty and get a jab or two.

So many politicians and green-room pundits would rather play political footsie games with other people’s grandmas and grandpas, pointing and laughing at the hicks and rubes, pleased when they get sick and die. To them I say: Stop it and be a human being, not a scumbag.

America has a huge body snatcher problem right now, and the answer is not doubling down on fear, lockups, and finger-pointing. We need serious marketing muscle.