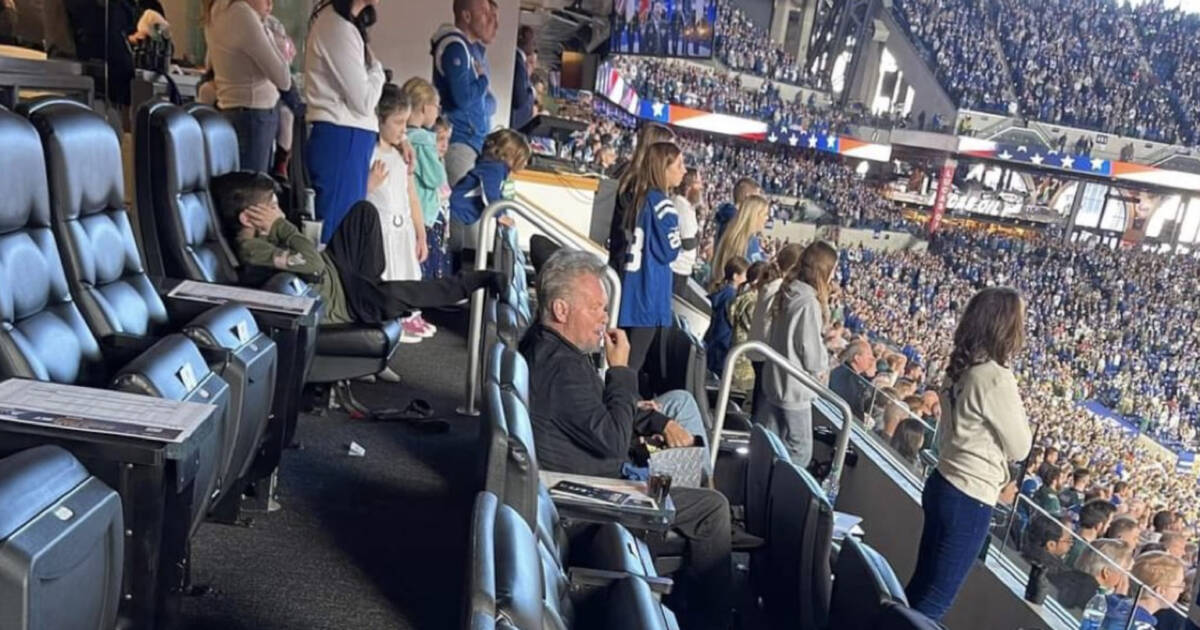 Singer-songwriter John Mellencamp was caught sitting during the National Anthem before the Colts-Eagles game over the week —not a great look for his “American Man” image.

Mellencamp was in a box high above Lucas Oil Stadium, and one NFL fan snapped the picture and sent it to OutKick 360’s Dan Dakich. The singer was seen sitting and eating popcorn while others around him had their hands over their hearts and listening to “The Star-Spangled Banner.”

The 71-year-old in the past has been an open supporter of former San Francisco 49ers quarterback Colin Kaepernick and the Black Lives Matter movement. Kaepernick created a firestorm in 2016 when he protested during the national anthem before NFL games. His decision to take a knee to bring attention to police brutality and racial injustice was met with scorn and praise.