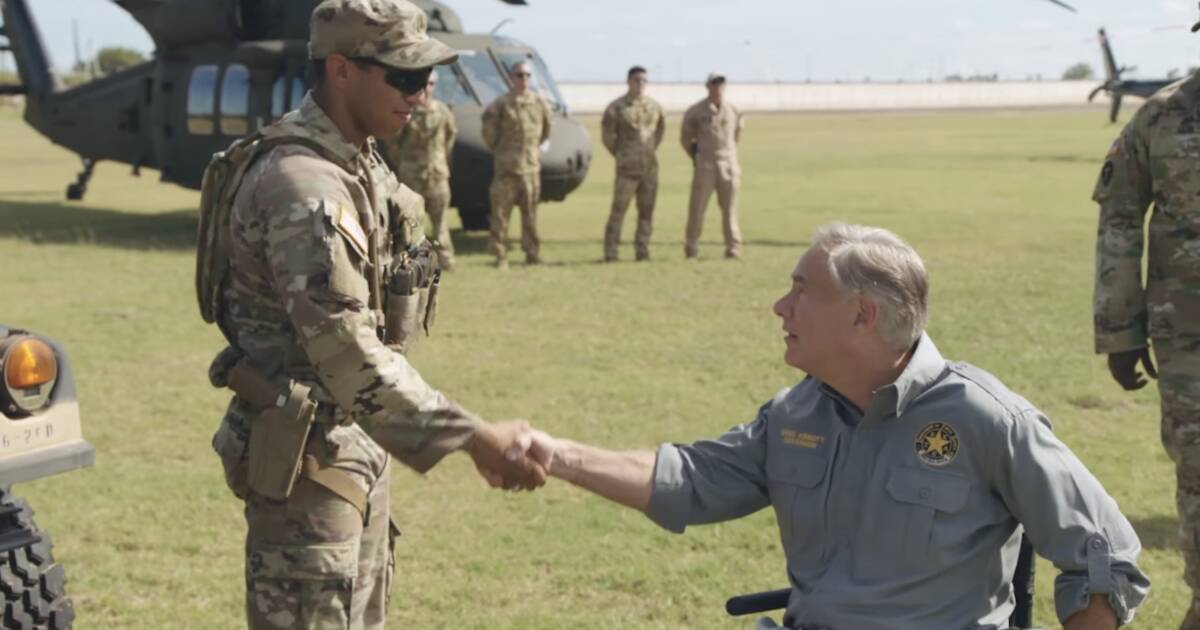 Texas Governor Greg Abbott is not messing around.

Abbott stopped by Fox News this week to discuss what his administration is doing to keep the border secure and border communities safe.

“We’re using the National Guard to return back illegal immigrants who are trying to come across the border. And the Texas Department of Public Safety is arresting illegal immigrants who do make it into the state of Texas and returning them to the border or arresting them for trespassing. So We have multiple strategies that we’re using. The busing to places like New York and D.C. is just one of those strategies,” Abbott says.

Abbott shared the clip of his appearance on Twitter.

“Texas National Guard troops are turning back illegal migrants at the border. The Texas Dept. of Public Safety continues to arrest migrants for trespassing. As Biden does NOTHING, the Lone Star State is taking unprecedented action to secure our border.”

Abbott’s comments on Fox News came amid his ongoing feud with Adams over migrant relocations and just hours after three charter buses hired by Abbott dropped off nearly 100 migrants outside the Port Authority terminal in Midtown Manhattan.

The transports added to almost 70 who arrived on Friday and Sunday.

In response to Adams’ threat Tuesday that he was “deeply contemplating taking a busload of New Yorkers to go to Texas and do some good, old-fashioned door-knocking” against Abbott, the Republican governor said, “You know, I kind of feel like Clint Eastwood.”