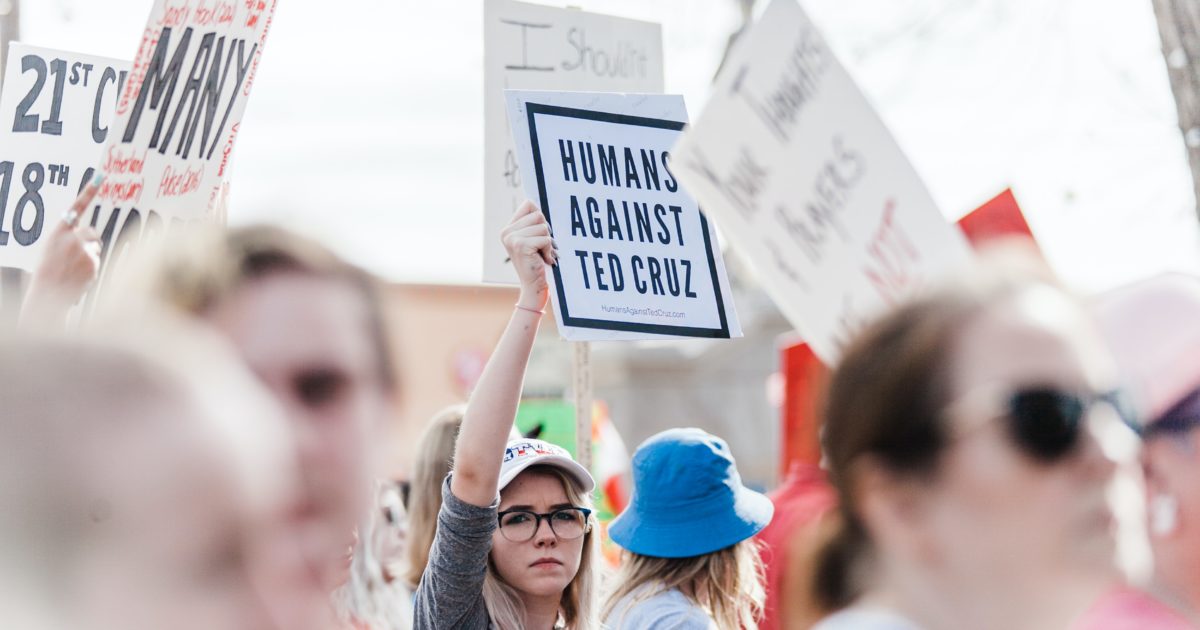 There are some things you just don’t do.

You don’t show how you care by fleeing to a warm tropical tourist destination while the (voters) people you represent are standing in freezing temperatures, queued up to get water. You don’t take your daughters to Cancun, no matter how long ago it was planned, when your state is FUBAR, without power, and people are literally freezing to death.

You just don’t. Sen. Ted Cruz should know better. But he’s really one of the elites, and they just seem to never learn.

I know Cruz has his defenders, like my friend Erick Erickson.

People are crying over nothing. They’d prefer it if Ted Cruz stay home and emote or tweet or make public performance efforts to show he cares. Misery loves company.

From a purely utilitarian point of view, of course, there’s nothing Cruz could do in his job to make life easier for Texans. His presence in the state is not required. But his example, however, is.

Yes, yes, yes, it looked bad. It was bad optics. Cruz should have stayed behind and fed the homeless in front of cameras and said nasty things about the Electric Reliability Council of Texas. Not doing anything substantive but in front of the cameras at home instead of removing his family was clearly the right call.

As Marie Antoinette would agree, if she had hung on to her head, yes, optics is everything when people are suffering and you are eating cake…in Cancun. Jetting to Cancun might be a great idea among the Princeton, Harvard Law, and Goldman Sachs crowd. But that’s not the crowd a U.S. Senator needs to please.

Cruz now admits it was “obviously a mistake” for him to head to a vacation spot during a crisis.

“Wanting to be a good dad, I flew down with them last night and am flying back this afternoon,” Cruz wrote.

Listen, I get that. The fact that Cruz is a good dad and prioritizes the needs of his family over optics is not in itself a bad thing, from a certain point of view. But it certainly complicates life, and calls into question the persona that our politicians put forth publicly, versus their own private thoughts. The fact that Cruz would make such a dumb mistake, when so many others have made the same errors within the past year, makes me think that he’s not simply tone-deaf, but he’s not really listening to the music.

As a personal example, I have a job where my presence does not affect operational people—who are essential workers. Yet I have been continually reminded that my presence in a crisis, and my not taking certain days off when others are compelled to be there, is required. It’s simply bad optics for me to not be there, even if, as Cruz, I can only offer verbal encouragement. If optics is good management in business, its inverse is bad government, a hundredfold.

Look at the backlash when the New York Times published a screed documenting the hoi polloi, who were themselves screaming about ads in the Times and showpiece articles about the rich fleeing New York for The Hamptons in a COVID getaway.

See what happened when Denver Mayor Michael Hancock flew his family to Mississippi for Thanksgiving, just an hour after warning residents to stay home.

Look at Nancy Pelosi’s “blow-out” scandal, opening a hair salon just for her, when nobody else could visit a hairdresser.

California is about to boot Gov. Gavin Newsom over dinner at The French Laundry. Do you see the parallel between Newsom’s dumb optics and Cruz?

Sure, it’s just one dinner. And the governor did apologize, calling it a “bad mistake.” But the party at a restaurant where dinner for two costs more than many people earn in a week reinforced a fundamental schism between those who value government as a force for good and those who resent it as the bastion of an out-of-touch elite oblivious to people’s needs. [Emphasis mine]

People don’t like to be reminded of their own poverty, their own problems, their own struggle to survive a crisis, cold, miserable, locked down, without income, etc. They really don’t like to be reminded of this by elite politicos who attend expensive dinners, jet off to Cancun with their daughters, and just barely miss the business class upgrade list. Oh, the horror of waiting on standby!

This faux pas by Cruz won’t be forgotten. No, I’m afraid it will be trotted out again and again by his detractors. Voters may or may not choose to forgive him. In a close election, like in 2024 (when Cruz is up for re-election), this kind of thing can come back to hurt Cruz.

Thinking like an elite, and acting like one, will get people like Ted Cruz in trouble. As smart as he, and Newsom, and Pelosi, and the rest of our elite politicos are, you’d think they’d know better by now.