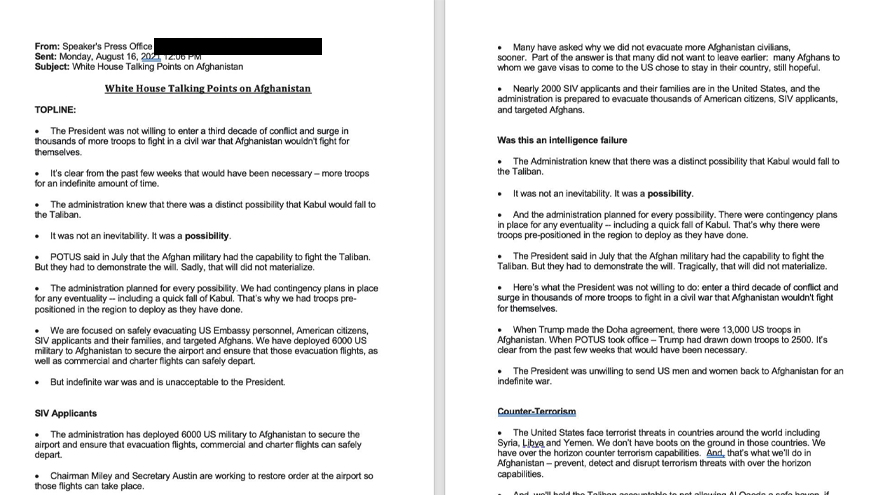 The White House Talking Points regarding the Fall of Afghanistan were posted on the internet this week; showing Democrats poised to claim the defeat to Taliban forces was a “possibility” but not an “inevitability.”

“The administration knew that there was a distinct possibility that Kabul would fall to the Taliban. It was not an inevitability. It was a possibility,” the White House talking points said

“POTUS said in July that the Afghan military had the capability to fight the Taliban. But they had to demonstrate the will. Sadly, that will did not materialize.”