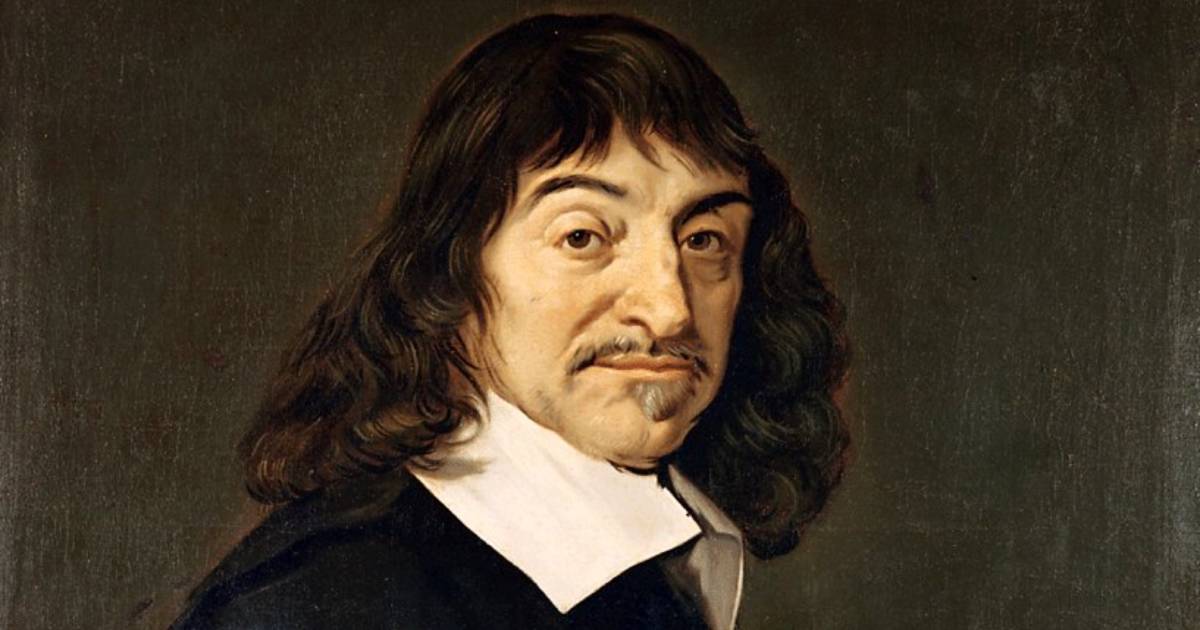 The 17th century French philosopher René Descartes rejected the orthodoxy and authority of two thousand years of Greek and Roman philosophy, along with Christian theological principle, distilling it to one famous statement: “cogito, ergo sum” (“I think, therefore I am.”) In fact, that statement is both lexically and logically incorrect.

The more correct application is more like “cognovi ergo sum” or “scio, ergo sum,” meaning “I know, therefore I am.” Because one cannot think without first having some basis of knowing. Even a person who doubts knowing anything at all first knows that he doubts; this is the crux of the proof of Descartes’ statement, that even doubting existence proves existence of the doubter.

Descartes, despite his prodigious work in geometry, philosophy, and empirical scientific method, was really what early Christians would call a Gnostic. He rejected epistemology and posited that all true knowledge came from the inner self, and pure thought, leading to the philosophy of dualism, that the nature and actions of things are distinct from any “final end” of purpose, which Aristotle taught.

Aristotle would be horrified at where social media and 24-hour news has taken us. He’d see it as a hellish punishment inflicted by the universe (he rejected the gods) upon humankind. Descartes would see it as a rational logical conclusion of his system of philosophy: “I tweet, therefore I am” being the new centerpiece.

The raging debate over “fake news” and distrust of all news sources is closely related to Descartes’ “mind-body problem,” i.e. how do you define consciousness or truth related to what you think is true? Is there a reliable source of news these days, or is everything a new gnosticism where “news” has been supplanted by bias confirmation?

For years, every report we’ve heard from our news sources has degraded, while the velocity of stories has increased manyfold. Veracity has been replaced by velocity. Being first with the headline, true or not, is the media business today. You may have heard of Knoll’s Law of media accuracy: “everything you read in the newspapers is absolutely true, except for the rare story of which you happen to have firsthand knowledge.” Reporters are trained and paid to get the 5 Ws, supposedly with emphasis on the first four—Who? What? When? Where? The Why? is a tail that either the reader or the facts wags.

But when velocity of news eclipses veracity, reporters frequently start with Why? and let the other four fill in. And when that’s not convenient to the narrative, editors overlook key contradicting facts, even fabrications, to get the headline. I could provide egregious examples of this; Stephen Glass comes to mind, along with Sabrina Rubin. Both of these fabricated large swaths of their stories, which gained national attention.

Dan Rather disgraced himself in trying to sink George W. Bush’s re-election campaign. More recently, both CNN and The Washington Post paid large sums to former Covington Catholic high schooler Nick Sandmann over their intentional defamation of him to advance their anti-Trump racist narrative.

When government and media conspire to advance lies, this erodes our trust even more. More and more, people see with their own eyes, hear with their own ears, and know by experience about the stories being fed to them than the reporters writing those stories. Knoll’s Law is making gnostics of us all as we take our personal experience, thoughts and biases, pair them with the constant flood of news, and pick out the bits that confirm our view of why things happen the way they do.

The Edelman Trust Barometer measures how societies around the world view institutions and leaders in their ability to provide reliable and accurate information. The news is quite grim for 2021; the theme for this year’s report is “Declaring Information Bankruptcy.”

Worldwide, the most reliable institution is now business, with government and media sharing the low spots.

In the U.S., since the 2020 election, trust in Donald Trump has plummeted, and he has taken the media with him. The entwining of the media, both pro- and anti-Trump, with his personality and his presidency created a toxic mixture that is continuing to poison our ability to discern truth from fiction and spin.

The COVID-19 pandemic accelerated the erosion of trust much more than the continual drumbeat of lies about Russia, Trump, and politics. Coronavirus brought home the effects of lies and spin, with near-immediate results. China’s lies and coverups, Trump’s name-it-claim-it pronouncements and predictions, his rejection of his own medical and scientific advisers’ advice, and the media’s obsession to paint Trump as a monster while protecting favored sons like Andrew Cuomo have led Americans to (correctly) believe that nobody in government or media knows what they’re doing regarding COVID-19.

We are now suffering the consequences of those lies and the bankruptcy of trust. As the world goes, America is recovering faster, due to growing trust in vaccines, than, say Europe. Since December, the share of Americans intending to receive a vaccination has increased from 60 percent to 77 percent, while Europeans self-manufactured crisis over the AstraZeneca vaccine has caused their confidence to plunge.

The more nations slow down vaccinations, the longer it will take to emerge from this pandemic and its harmful lockdown effects. But the worst, most lingering effect of coronavirus is going to be the complete collapse of trust of the media, government, and institutions that run our economy, our elections, immigration, law enforcement, and influence our daily lives.

And there’s no sign of this collapse being reversed. President Joe Biden is no paragon of transparency or truth, and former President Donald Trump is far from gone away.

Jason Miller, a former senior Trump campaign adviser, and current media mouthpiece, told Fox News’ “Media Buzz” that Trump is planning to return to social media, but immune from being silenced, because he will launch his own social media platform, the Washington Times reported.

“There have been a lot of high-powered meetings he’s been having at Mar-a-Lago with some teams of folks who have been coming in,” Mr. Miller said. “And I got to tell you, it’s not just one company that’s approached the president. There have been numerous companies. But I think the president does know what direction that he wants to head here. And this new platform is going to be big and everyone wants him. He’s going to bring millions and millions, tens of millions of people to this new platform.”

Nobody imagined (though many hoped) that Trump would just go away, least of all media executives, who are almost certainly cheering loudly at having a place they can tune in to hear Trump’s own social media missives, so they can resurrect their bogeyman and ratings darling. Trump’s entire presidency was a running professional wrestling show, where the “faces” and the “heels” changed based on the viewer’s and reader’s own gnostic bias.

One thing is sure: The lies will multiply on all sides.

The hardest problem the world will have to solve, before it can move to solving other hard problems, like feeding starving children, reducing global carbon footprints, winning freedom for oppressed populations (Burma, China, Hong Kong, Syria), fighting deadly terrorists, and dealing with massive cyber and drug criminal enterprises, is establishing a yardstick for truth.

We have all become gnostics, immersed in our own special knowledge, accepting only those reports that comport with and support our own views, and rejecting both the reports and the reporters motives of things we don’t like. The brats who cancel reporters and editors over old tweets, pronouncing a Chinese word that sounds like a racial slur are steeped in this new news gnosticism to a degree not seen before, due to the velocity and volume of bad journalism.

I wish I had the answer to good journalism, when the institutions that produce journalists are the very ones controlled by the brats. I think it is going to have to depend on turning Knoll’s Law on its head. Let those who know actual facts—the experts who work day jobs—report on what they know. Maybe someone can come up with a way to do this without allowing it to be poisoned by bad hot takes, political spin, conspiracy, and fabrications.

Until then, we will have more “believe all” [women/ Blacks/ police/ Democrats/ Republicans/ Trump / choose your champion] movements that depend solely on the mind of the reader for truth. In other words, we will have no reliable truth and reporting.

If you have any ideas, please feel free to share them. Maybe a small start can lead to a bigger movement. Veracity needs to take back media from velocity. It’s not likely this will happen if we leave it to corporate media, government, or special interests. We will need to lead this movement ourselves.