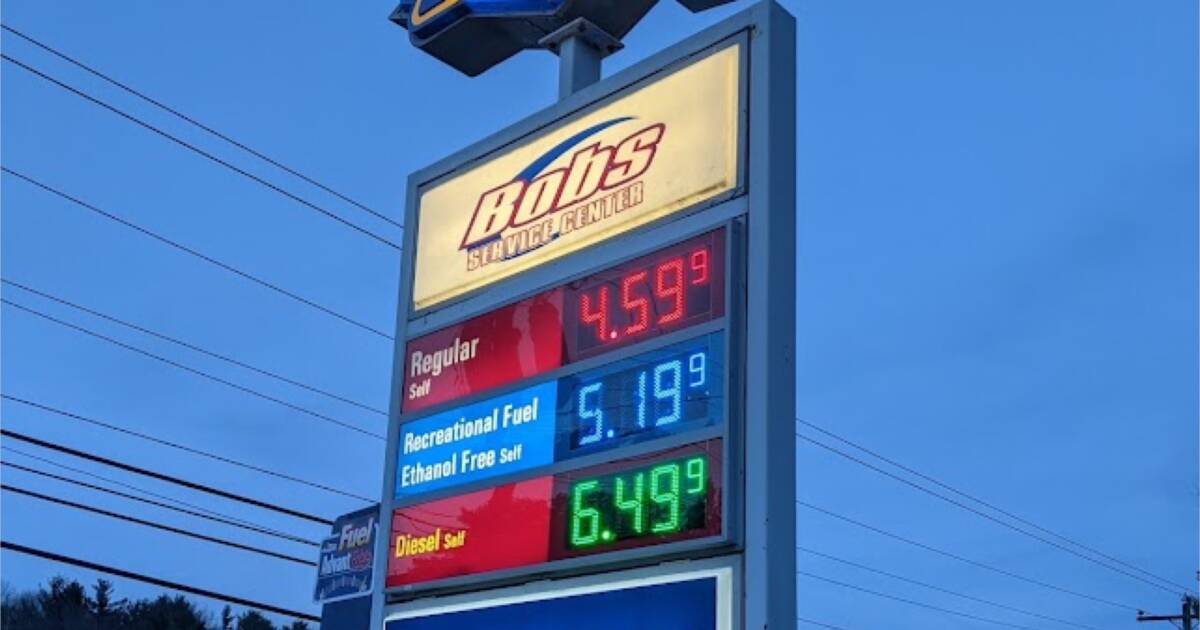 My wife was proud she filled her tank for just $4.20 per gallon—the pump price was more than $4.60—by using Kroger rewards, filling out surveys and such. I might also note that Gov. Brian Kemp extended the suspension of Georgia’s gas tax through July 14. That shaved an additional 29.1 cents, keeping Georgia below the AAA national average of $5.014. Reader, you can tell me how this isn’t Joe Biden’s fault, and of course I understand that the President doesn’t control global oil prices, private company drilling and production decisions, refinery capacity, and tanker/pipeline issues. But don’t tell me that this isn’t what Democrats, as a party, want. Because it is.

For years—decades even—Democrats and green advocates have been telling Americans that we will need to limit the amount of carbon-producing fossil fuel, and that the best way to do it is to price gas to a level that will force our behavior to change. The confluence of two and a half years of pandemic-induced supply chain disruptions, a war in Europe, sanctions on Russian oil, and lack of U.S. refinery capacity have yielded exactly what the Democrats wished for.

At the same time, states like California have proposed, ahem, aggressive goals for the phase-out of internal-combustion-engine powered cars, replacing them with cleaner EVs. By 2025, California’s Air Resource Board’s mandate requires 35 percent all vehicle sales must be EVs; by 2030 it jumps to 70 percent, and by 2035, all new car sales must be EVs. This presumes that demand for new EVs will triple from its current level in 42 months. It’s got loopholes big enough to drive a Mack truck through—allowing ICE vehicles to be imported from other states, not regulating the sale of used ICE vehicles, and not regulating fleet vehicles.

Also, getting to even the first milestone requires about 1.2 million charging stations capable of high-voltage fast charging. In the summer of 2021, California’s grid operator issued two Flex Alerts asking EV users to limit charging during peak power demand periods. Charging station operators have augmented their production with diesel generators, and drivers have ignored Flex Alerts, because, well, they have to charge to get around in their vehicles. These same problems of capacity plague other EV-hyped states like Massachusetts.

But this is what Democrats want. They believe that if gas is priced high enough, consumers will wait two or three years until they can get an EV, and five or ten years for charging capacity to be available to drive it reliably. What California has done is effectively ban automobiles, except for used ICE cars, which produce more pollution, and use more gas than the newer cars.

Democrats don’t understand—or refuse to acknowledge—that faced with the choice of leveraging expensive loopholes to buy price-inflated used ICE cars, go out of state to buy gas-powered cars, or just not driving as much, citizens (voters!) will take the third option—the political solution.

At the philosophical, theoretical level, progressive liberal Democrats can sell their goods and many reasonable people will buy it. We do want a nation with social justice, without police brutality, outward racism, unequal opportunity because of race, gender, religion, and all of that. We do want to limit the bad effects of human-caused carbon emissions. But at the practical level, people don’t behave like the social engineers and moral busybodies—white, educated, liberal, and politically tone-deaf who populate the Democratic Party—want us to behave.

Let’s add another layer to the Democrats’ problems. Do you know why prison riots generally occur during summer? Prisons typically don’t have air conditioning, and during a hot summer, it gets intolerable, and people living the miserable existence of incarceration get ornery. America is like a prison in summer right now. As Peggy Noonan so artfully opined in the Wall Street Journal, we’re “boiling over.”

In San Francisco, voters recalled the progressive District Attorney whose main contribution to law and order was to suspend both in favor of letting criminals roam the streets. Noonan characterized the conversation like this:

Progressives say: We are changing all rules on arrest and incarceration because they are bad for minority groups.

It proves not to be. The minority groups say: Stop.

The progressive says: You have to like what we’re doing, it’s good for you! What are you, racist?

The minority groups say: We’re going to fire you.

No you’re not, don’t be ridiculous.

And they fire him. And he’s shocked.

Even in Democratic enclaves like San Francisco, progressives can take things too far. And nationally, everyone who is paying $4/pound for chicken breasts, or $5 for a gallon of gasoline, is aware that while Joe Biden can deflect a lot of personal blame for the current situation, this is really what Democrats have wanted for a long time.

They say “it’s good for you!” and accuse the voters of being MAGA radicals, racists, or simpletons because we don’t all want to live in the crowded hive of densely-packed cities, use public transportation, and deny ourselves a suburban or pastoral life. When Americans push back and warn Democrats “we’ll fire you!” with low approval ratings, we’re accused of “clinging to guns and religion” as if we’re primitive tribes grunting our idolatrous prayers.

While there are pockets of people who live in a “sovereign citizen” or “prepper paradise” bubble, most Americans, both Democrats and Republicans, are more practical about wanting a decent life, safe from crime, with the opportunity to educate—not indoctrinate—our children, work a decent job, earn stable wages, and build a better future for our kids. Democrats want us to sacrifice many of these things in service to lofty goals that they have no idea how to implement in practice.

So they simply force these things down our throats, and warn for decades that we will have to “pay the price” to get them. Now we have the bill sitting in front of us voters, and guess what? Instead of taking the ill medicine, we voters will turn to the political solution and heave Democrats out of office.

Sure, we might end up with a MAGA problem, but we can deal with that too. A year ago, I was saying let’s wind the GOP down and kill it, but I forgot that Democrats can’t be trusted to use reason and practical measures if left to themselves. They’re servicing far higher goals that require our behavior to match their calculations. The GOP has to be around to keep them in check, or the voters will turn to something worse like MAGA.

We need to dial down the level of heat this summer—political heat—before things spiral into a national riot. Republicans need to stop “preserving” gun rights that are not in danger for people who aren’t going to have guns confiscated. We need to recognize that some truly sick people shouldn’t have guns, and that won’t suddenly open up government to confiscate everyone’s guns. It’s a silly argument, and it only keeps the pot boiling.

Democrats accuse Republicans of wanting political violence and mass shootings. But we haven’t heard Republicans tell America that this is somehow just the price of having a Second Amendment. Democrats have been telling us for decades that what we’re seeing today—inflation, high gas prices, and social unrest—is necessary.

Voters are about to tell Democrats, no, it’s not necessary. There is a political solution, and voters are going to take it.