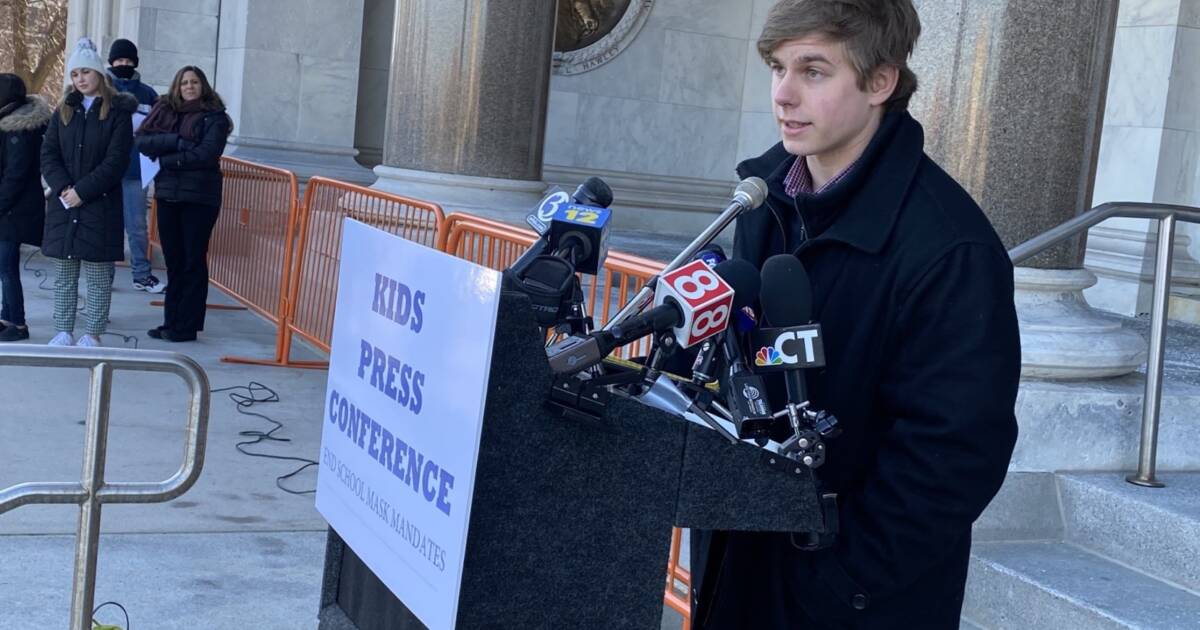 They’re fed up — and they don’t want to wait until the end of the month.

High Schoolers in Danielson, Connecticut have had it with masks, and one student is rallying his fellow classmates to speak up. According to Fox News, “Lucas Johnson, 17, and other high school students in Connecticut want their classrooms and school experiences to return to normal now across the Constitution State. They know their state is in the process of dropping the mask mandate — according to Gov. Ned Lamont, the mandate will end Feb. 28 — but they don’t want to wait a minute longer.”

“This is not just a fight for liberty,” Johnson told Fox News Digital this week in a phone interview. “It’s a fight for our generation.”

“All our scientific data shows that kids are the least susceptible to COVID but the most vulnerable to everything we’ve been doing,” Lucas Johnson said, referring to the rising mental health issues among kids his age.

“I will continue to fight as hard as I can until kids are put back into a normal environment in school,” he added.

Johnson’s recent trip to the state capital was shared on Twitter:

“The Kevin Alan Show I want to thank the students who showed up to the capital yesterday. Unfortunately corporate media will attempt to diminish the amazing energy of the next generation. Size of a crowd doesn’t define a movement. Lucas Johnson and team. KEEP ORGANIZING.”