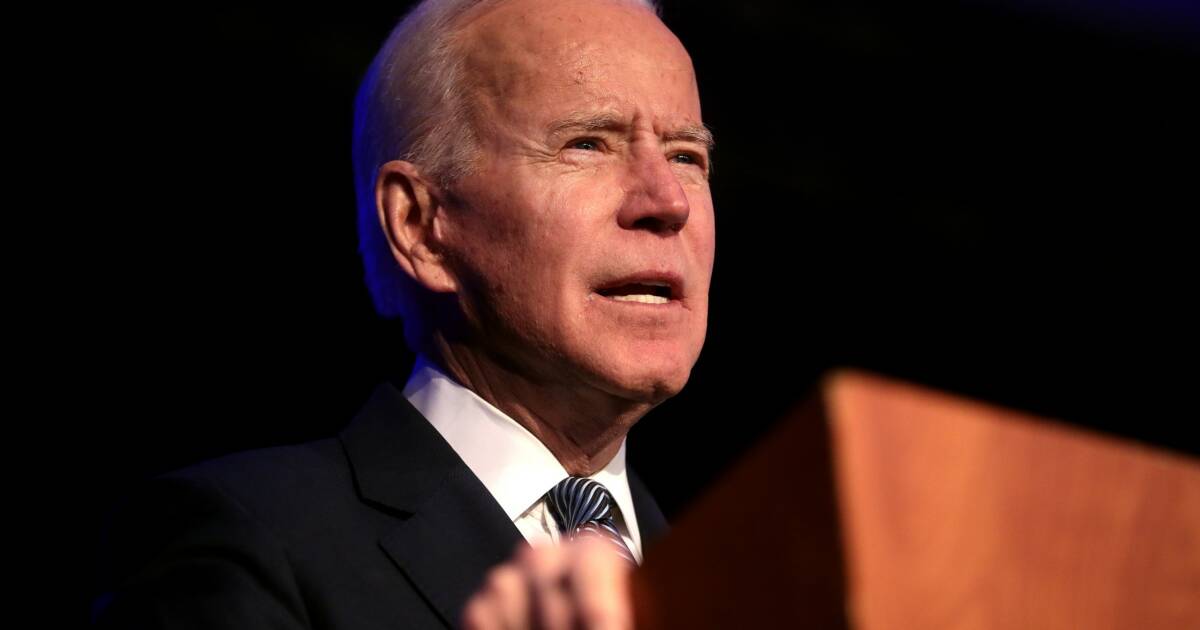 President Biden is not polling well. The latest Yahoo News/YouGov poll shows him badly under water. A majority of those polled (53%) think Biden is not doing a good job, and a larger majority—over 60%—say he hasn’t kept his promises.

In the last 48 hours, the White House, led by tone-deaf Chief of Staff Ron Klain, has surely dragged every version of the president’s State of the Union speech to the trash folder. It was originally billed to be a win for Biden to talk about coronavirus, and map a way out of our economic inflation and supply issues. But now, Russia dominates, and the speech has to pivot from domestic to foreign policy.

I’ll give Biden credit where credit is due. Doing nothing rash, which is Biden’s go-to play, has worked out well for dealing with Putin’s folly so far. We don’t need to get involved in a widening war with Russia, especially when Russia is not doing well on its own. There was no tit-for-tat response to Putin’s nuclear saber rattling; instead Biden’s U.N. ambassador told the Security Council that Russia was “under no threat.”

The world has canceled Russia, Vladimir Putin, and his cronies. Biden does deserve some credit for this, in stripping any hope of a pretext for Putin’s invasion of Ukraine. Going down a bit of a rabbit hole, I’ve been thinking how strange it is that this developed in the way it did, because no one event or person is completely responsible for the outcome. Putin thought that the world would react like it did in 2008 and 2014, as I wrote yesterday. He was so wrong.

Why? Part of it is that much of the free world was already familiar with the name Volodymyr Zelensky. He was the recipient of the “perfect phone call” by former President Donald Trump. He was the reason that Trump was impeached (the first time). The last normal thing that happened (if you can call anything in the Trump White House years “normal”) before COVID-19 swirled the world into a toilet bowl, was Trump’s impeachment trial. People remembered Zelensky, so his name ID was high. Ukraine already had an outsized place in many minds.

Pair that with Zelensky’s personal charisma and ability to tell a story. The takeaway here is “don’t go to war with a television producer.” Propaganda power is supremely important in a war. Looking back to WWII, Gen. Douglas A. MacArthur was a master of propaganda and imagery. He filmed his beach entry to the Philippine Islands three times. The flag on Iwo Jima event happened, but was re-staged for the cameras. While Eisenhower was a consensus-builder, logistician, and the ultimate man at the head of the staff table, MacArthur was a showman. Putin shuns the spotlight, carefully curating his image. Zelensky gave a master class in storytelling and heroism, while actually being heroic. Putin stewed in the Kremlin like Hitler in his fuhrer bunker.

The world reacted viscerally. Biden did his part, and didn’t overreact. So here we are, with a 40-mile column of Russian armor and troops bearing down on Kyiv, crippling economic sanctions in force against Russia, and Ukraine calling desperately for aid.

What is the Biden doctrine going to be? What will he say tonight to pave a path for the world to emerge from this nightmare?

Some part of me is worried; flashing red lights are going off pointing at history. What happens when the world—led largely by the United States—shuts down a nation’s economic engine, but leaves its army largely intact? What happens when an act of aggression against a neighboring country becomes more than an expedition or land grab and becomes a struggle for survival? What happens when a nation’s leader is given no options besides stepping down, surrender, or war? History tells us they always go for war.

President Biden needs to elucidate a “Biden Doctrine” to guide the United State in its interests and to give Russia a path back to the world. He needs to stand up and give the speech of his life tonight. It needs to be a speech that the world will remember for years. Unfortunately, it will be Joe Biden giving it, and that worries me greatly.

I’m afraid that instead of a “Biden Doctrine” or a Reagan speech (“Mr. Gorbachov, tear down this wall!”) we will get an hour long serving of word salad.

Or worse, Biden could fall into his terrible habit of blaming the people for our problems, many of which Biden’s administration created in their own bumbling and fumbling unforced errors. This paragraph from the AP really makes me squirm.

White House officials acknowledge that the mood of the country is “sour,” citing the lingering pandemic and inflation as sources of blame. Biden, in his speech, will highlight the progress from a year ago — with the majority of the country now vaccinated and millions more people at work — but also acknowledge that the job is not yet done, a recognition of American discontent.

If the president gets up in front of the rostrum tonight to remind Americans of how discontented we are, how “sour” we are, and how we are behaving like petulant children, with a few “c’mon man”s thrown in for good measure, America will visibly shrink a little on the world stage. The world is looking for leadership, strength, compassion, grace, and an iron will—and the world always looks to America first for that in times of fear and peril. If there’s an “America First” doctrine, that’s what it is.

The world needs America to be first tonight, and that puts a lot on Joe Biden’s shoulders. I hope he can carry the weight, but, like most Americans, I have a lot of doubt. We need a man for the moment, and unfortunately, apart from not being Donald Trump, Biden offers little confidence he is that man.

I pray for Biden, that God give him the strength of Samson, the wisdom of Solomon, and the courage of David. He will need all of them. We need a “Biden Doctrine” but the cynic in me says all we’ll get is word salad.