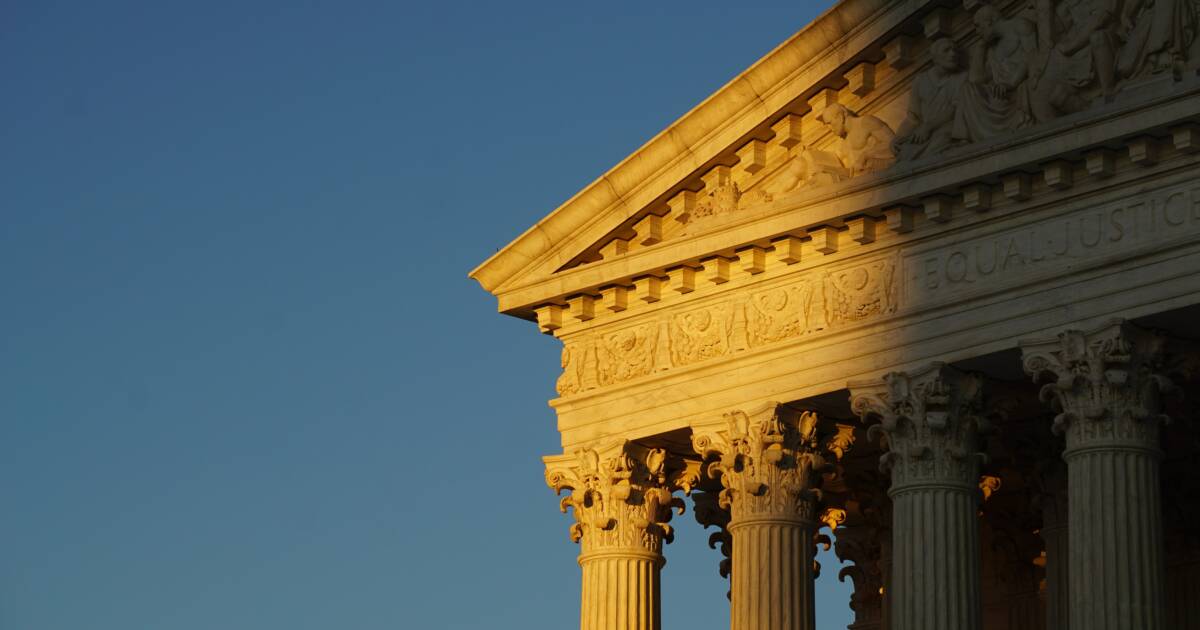 I am not shocked that today’s AP article on the Supreme Court’s oral argument on Dobbs v. Jackson, the case seeking to uphold a Mississippi abortion ban mentions Donald Trump five times, more than any Justice on the Court.

Justice Sonia Sotomayor asked pro-Mississippi lawyers, “Will this institution survive the stench that this creates in the public perception that the Constitution and its reading are just political acts?”

Really? Is that where the stench comes from?

How about 40 years of litmus tests in SCOTUS nomination hearings? Is that a stench? Is it a stench when every potential federal judge in America faces questioning along the lines of “the dogma lives loudly within you,” which Sen. Dianne Feinstein infamously said to then-appellate court nominee Amy Coney Barrett in 2017?

Is it a stench when Chief Justice John Roberts confirmation hearings in 2005 revolved around his devotion to “settled precedent,” a liberal shibboleth meaning supporting the sanctity of Roe v. Wade?

Is it a stench when the truly abominable attacks on Justice Brett Kavanaugh included protesters pounding the doors of the Senate as they voted for confirmation, pushing past police lines, in a scene akin to January 6th? That wasn’t about Trump as much as it was about abortion. Two weekends in a row Alethea Shapiro traveled from her Long Island home to Washington to—well, protest and storm the Capitol, I guess—to keep Kavanaugh from being sworn in.

“I’m really very worried about women’s reproductive right,” Shapiro said, as chants decrying Kavanaugh echoed around her. She added before the Senate vote that Kavanaugh’s impending confirmation made her sad, “but I’m really hopeful because I feel like this is a revolution. People won’t understand the power and passion unless you’re here.”

Is it a stench when every attempt by a state legislature to place even the most science-based, accepted around the world limits on late term abortions results in judge shopping by well-funded, powerful abortion industry players, who cherish the right to profit off of the misery of the poor and disadvantaged (and they want this in every state)?

Is it a stench when Hollywood continually makes empty threats to vacate Georgia when a simple heartbeat bill is signed into law, that doesn’t criminalize abortion or punish expectant mothers who have an abortion, but limits when doctors can perform the procedure (with exceptions for life of the mother, medical necessity, rape and incest)? The threats are empty because after the bill was signed by Gov. Kemp, Hollywood didn’t leave, because their god is money and Georgia makes a lot of money for Hollywood.

Is it a stench when Democrats cynically plan to campaign on abortion rights “as fuel for 2022 turnout” regardless of how SCOTUS rules on Dobbs v. Jackson? They’re pointing at polls and voter preferences, but the facts remain that abortion rates in the U.S. have fallen to the lowest since Roe v. Wade in 1973.

As David French noted in his comments on the Virginia gubernatorial election, abortion was not a major issue for Virginia voters.

The Virginia race itself illustrates the surprising unimportance of abortion to self-described white Evangelicals. A full 27 percent of the Virginia electorate identified as white born-again or Evangelical, and that clearly means a large majority did not rank abortion first, even though this could be the most consequential election for state abortion rights in a generation.

But if pro-life Evangelicals weren’t prioritizing abortion, then pro-choice voters were prioritizing it even less. Voters focused on protecting abortion rights were the minority of a small minority. They were 41 percent of the eight percent. McAuliffe’s giant ad buys represented a tremendous swing and miss. He made the argument. Pro-choice Virginians simply didn’t respond.

If Virginia has any value in political predictions, going full pro-choice has very limited value in votes. But it has great value in hoovering in lots of PAC money and industry contributions for Democratic Party candidates. Money has a stench all its own, on both sides of the abortion issue.

Overturning Roe v. Wade is not just good law, it’s good for the legitimacy of the Supreme Court, along with every other federal court. Taking the litmus tests, political lines of questioning, and constant maneuvering out of our court system is good and healthy for America. Restoring lawmaking to state legislatures will not result in the stripping of “rights” from Americans, because state legislators have to run for office, and voters get to decide.

If the Supreme Court wants to remove the stench from its midst, the best way is to overturn Roe. I think Justice Sotomayor knows this. The question is, are the Justices ready to look to the long-term legitimacy of the courts, or will they cave to short-term pressure?

Let’s hope they decide to clear the stench.