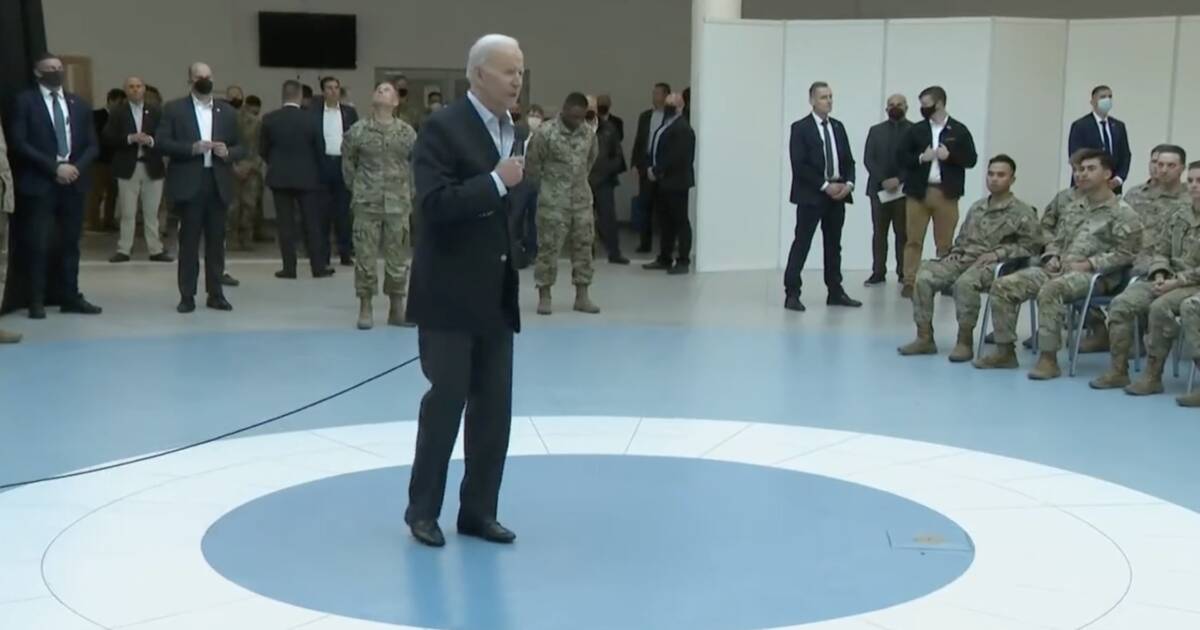 While speaking to the 82nd Airborne in Poland on Friday, President Biden seemed to imply they were being deployed to Ukraine. The White House later cleaned the mess —read and watch Joe’s statement below:

“The Ukrainian people, Ukrainian people have a lot of backbone, they have a lot of guts. And I’m sure you’re observing it. And I don’t mean just the military which is, we’ve been training since back when they uh, Russia moved into the southeast, southeast um, Ukraine. But also the average citizen. Look at how they’re stepping up. Look at how they’re stepping up.“

“And you’re gonna see when you’re there, and some of you have been there, you’re gonna see, you’re gonna see women, young people standing, standing in the middle, in front of damn tank just, just saying, “I’m not leaving, I’m holding my ground.” They’re incredible. But they take a lot of inspiration from us. And you know, woman who just died, the secretary of State used to have an expression, she said, “we are the essential nation.” It sounds like a bit of uh, hyperbole but the truth of the matter is you are the organizational principle around which the rest of the world, the free world is moving.”