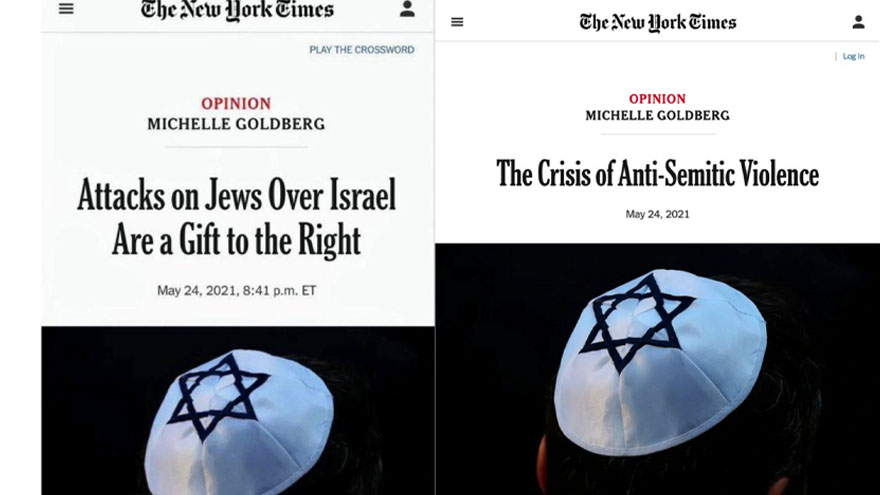 The New York Times tried to quietly swap headlines on its webpage Tuesday after enraged Americans accused the newspaper of politicizing attacks on Jews after a historic rise in anti-Semitism.

The original headline stated, “Attacks on Jews Over Israel Are a Gift to the Right.”

The wording was quietly changed to, “The Crisis of Anti-Semitic Violence.”