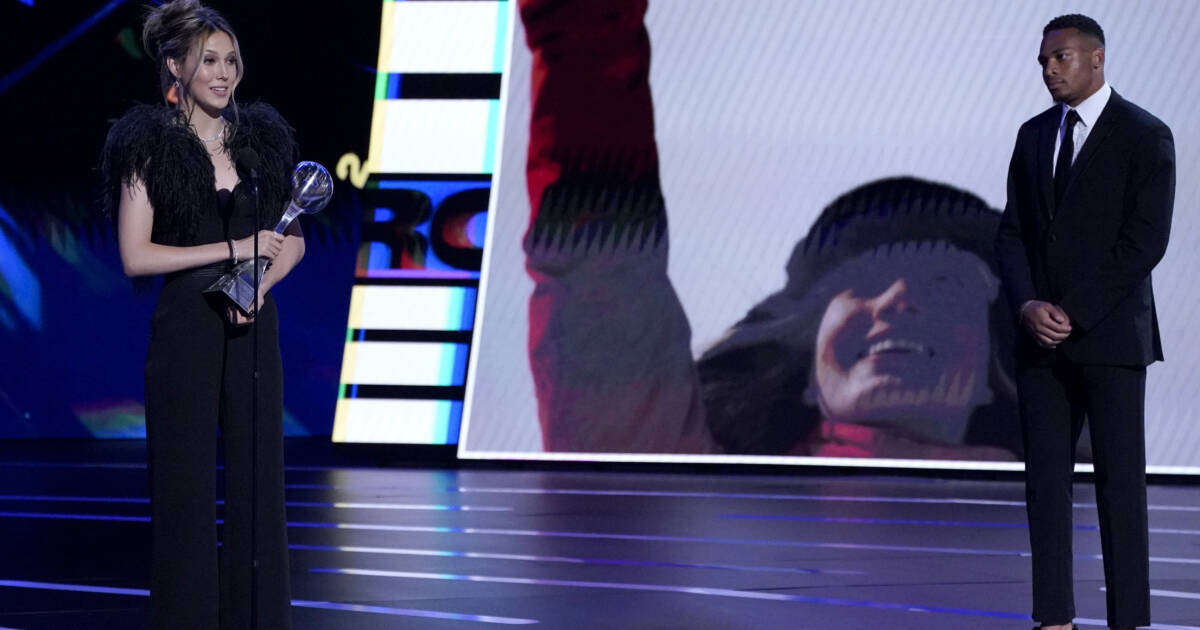 This is a breakthrough?

Eileen Gu, the Olympic skier who grew up in San Francisco, currently attends Stanford —and renounced her citizenship to ski for China, received the “Breakthrough Athlete of the Year” award from ESPN.

The decision to present Gu with the award sparked outrage on social media. The other nominees were Ja Morant, Jonathan Taylor and Trinity Rodman, Dennis Rodman’s daughter who stars in the NWSL.

Wrote the conservative website the Daily Caller: “ESPN just gave an ESPY for “Breakout Athlete” to Eileen Gu, who chose to compete for communist China rather than Team USA during the 2022 Beijing Winter Olympics. Maybe we should give an award like that to American athletes who don’t support China.”

Watch the announcement below: