CNN anchor Brian Stelter has had a change of heart on Hunter Biden.

During this weekends edition of Reliable Sources, Stelter suggested that the First Son’s ongoing legal troubles may spell trouble for Joe Biden in a 2024 reelection bid.

“What about his son? What about Hunter?” Stelter asked. “Hunter under federal investigation, charges can be coming at any time, this is not just a right-wing media story. This is a real problem for the Bidens.”

“Could he decide not to run for re-election given his son?” Stelter added.

Maybe the new leadership is trying to tone Tater down a bit.

In October 2020, just days after the New York Post published its reporting on the contents of Hunter Biden’s laptop, which included emails shedding light on his questionable business dealings overseas, Stelter accused conservatives of “whataboutism,” even peddling the unsubstantiated claims that the laptop’s contents were “tied to a Russian disinformation effort” attacking his father.

He then attempted to cast doubt on the Post’s reporting by stressing the involvement of Steve Bannon and Rudy Giuliani, as well as questioning the legitimacy of John Paul Mac Isaac, the Delaware computer repair store owner who first obtained Hunter Biden’s laptop.

“There’s a lot about this story that does not add up,” Stelter told his viewers at the time. “And, I mean, for all we know, these emails were made up, or maybe some are real and some are fakes, we don’t know. But we do know that this is a classic example of the right-wing media machine.”

After complaining about the coverage of the emerging scandal that was virtually ignored by the liberal media, Stelter went on to call the Post’s reporting of Hunter Biden’s laptop a “manufactured scandal,” a “so-called scandal” and suggested the newspaper is not a “fully reliable source.” 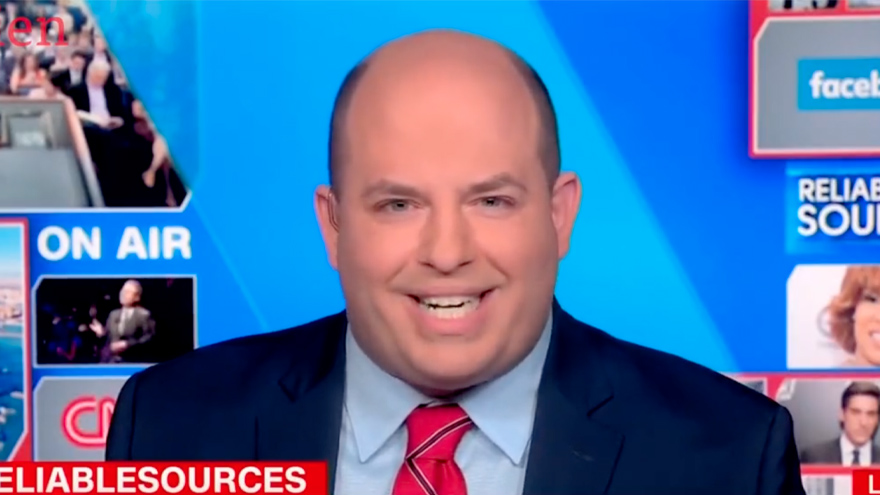