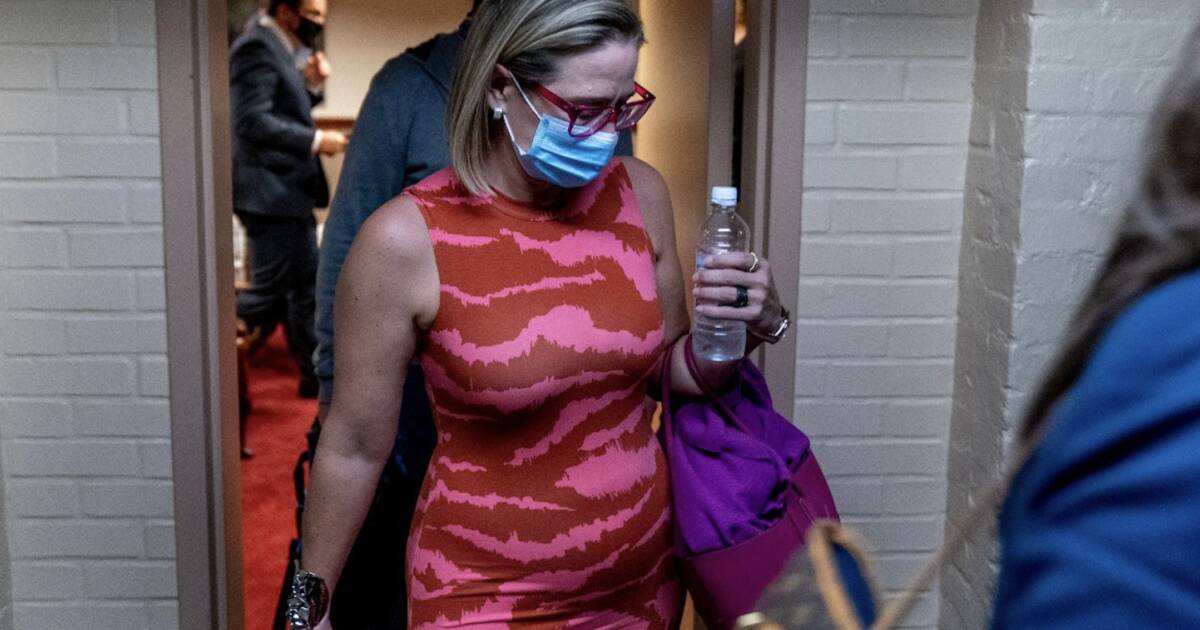 Senator Krysten Sinema (D-AZ) was cornered and filmed by a progressive activist while using the bathroom at Arizona State University this weekend. The activist threatened to remove Sinema from office if she didn’t back President Biden’s $3.5 trillion-dollar Build Back Better agenda.

Sinema released a statement on the confrontation.

“Yesterday’s behavior was not legitimate protest,” Sinema said in a statement. “It is unacceptable for activist organizations to instruct their members to jeopardize themselves by engaging in unlawful activities such as gaining entry to closed university buildings, disrupting learning environments, and filming students in a restroom.”

“It is the duty of elected leaders to avoid fostering an environment in which honestly-held policy disagreements serve as the basis for vitriol — raising the temperature in political rhetoric and creating a permission structure for unacceptable behavior,” she added.

“I don’t think they’re appropriate tactics, but it happens to everybody. The only people it doesn’t happen to are people who have Secret Service standing around them. So it’s part of the process,” Biden said.

Now, the bathroom crasher has released a Facebook update.

According to the Daily Wire, “Sophia Marjanovic identified herself as the woman shown filming Sinema as she entered a bathroom stall at ASU in her Facebook post. Marjanovic tagged 99 other people, presumably those who work with her or support her efforts to convince Sinema to abandon her position against spending $3.5 trillion using the ‘reconciliation’ process.”

“I will speak about the controversy regarding following Senator Sinema into the bathroom when I have time,” the post begins. “None of you have the right to tone police my desperate demands for labor protections after what I have endured as a human trafficking survivor due to the f***ed up gig economy.”

“For now, connect with the fact that you are on stolen Indigenous land and Indigenous women and children go missing and murdered because we don’t have access to stable jobs, stable housing, clean water, clean food, or stable decent healthcare despite the fact that Indigenous people have held up our end of the treaty in assimilating and getting educated,” she wrote.

“Arizona is among the top three states in the USA where Indigenous women and children go missing and murdered,” she continued, before pleading for more people to be allowed to enter the state. “Give my indigenous relatives to the south of the US-Mexico border citizenship now!”